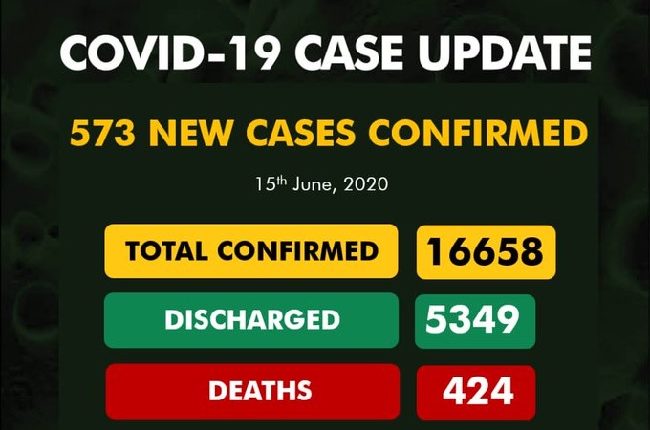 The Nigeria Centre for Disease Control (NCDC) has announced 573 confirmed new coronavirus cases in the country on Monday. This brings the total number of confirmed cases to 16,658.

The NCDC also announced the discharge of 5,349 patients from isolation centres across the country with 4 new deaths reported.