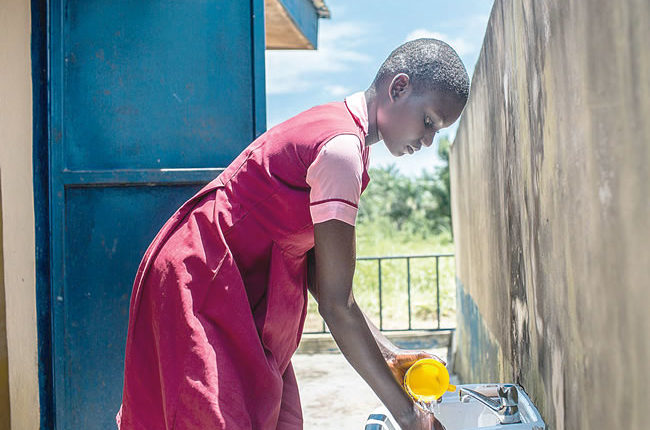 WASH in the field of environment stands for Water, Sanitation and Hygiene. It goes without saying that appropriate WASH practices are key to halt the continued spread of the novel coronavirus (COVID-19).

In a presentation made by Professor Mynepalli Sridhar during the recent World Environment Day held at the Centre for Sustainable Development, University of Ibadan, the environmental health expert made some important points on WASH practices to adopt in order to stay free of COVID-19, especially at home.

In his presentation titled, “WASH: A Key Hazard Reduction Technique for Pathogenic Microflora,” Professor Sridhar noted that “The COVID-19 virus is enveloped and thus less stable in the environment compared to non-enveloped human enteric viruses with known waterborne transmission (such as adenoviruses, norovirus, rotavirus and hepatitis A),” noting that conventional treatment of water with chlorine was good enough to neutralise the harmful presence of COVID-19 in water.

It has been noted that existing World Health Organisation (WHO) guidance on the safe management of drinking-water and sanitation services applies to the COVID-19 outbreak. Generally, water disinfection and sanitation treatment can reduce viruses.

The professor from the Department of Environmental Health Sciences, University of Ibadan stated that, “The risk of transmission of the COVID-19 virus from the faeces of an infected person appears to be low.

“Current evidence suggests that infectious COVID-19 virus may be excreted in faeces, regardless of diarrhoea or signs of intestinal infection.

“Approximately 2 per cent to 27 per cent of people with confirmed COVID-19 have diarrhoea.”

He advised that “after disposing of excreta, bedpans should be cleaned with a neutral detergent and water, disinfected with a 0.5 per cent chlorine solution, and then rinsed with clean water. The rinse water should be disposed of in a drain, toilet or latrine.”

The professor gave handy in handy in view of the guidelines that state that persons who have travelled out of the country or have been in contact with COVID-19 patients should self-isolate for 14 days.

Therefore, co-residents of a person on self-isolation could adhere to these precautions regarding the use of toilets.

Professor Sridhar stated that “People with suspected or confirmed COVID-19 disease should be provided with their own flush toilet or latrine.

“Where this is not possible, patients sharing the same ward should have access to toilets that are not used by patients in other wards. Each toilet cubicle should have a door that closes, to separate it from the patient’s room.

“Flush toilets should operate properly and have functioning drain traps. When possible, the toilet should be flushed with the lid down.”

The environmental health expert stated that waste generated at home during quarantine, while caring for a sick family member or during the recovery period should be packed in strong black bags and closed completely before disposal and eventual collection by municipal waste services.

Tissues or other materials used when sneezing or coughing should immediately be thrown in a waste bin.

After such disposal, correct hand hygiene should be performed.

APC and the price of impunity