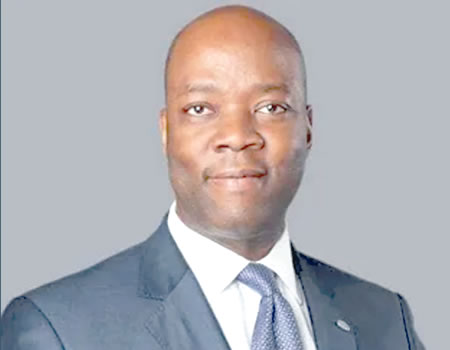 ECOBANK Transnational Incorporation and Nigerians in Diaspora Commission (NIDCOM), have called for increased inflow and documentation of remittances into Nigeria from the officially estimated 17 million Nigerians in the diaspora who send money home to take care of their families’ education, health and other needs.

The Chairman/CEO of NIDCOM Mrs. Abike Dabiri-Erewa, at a recent webinar held as part of the Ecobank digital series, challenged the bank to lead other Nigerian banks in providing products and services that would encourage Nigerians in the diaspora to increase their remittances home.

The bank, she said, should blaze the trail in engaging with Nigerians in the diaspora, ensuring proper documentation of remittances, as well as in providing easier and more affordable cost of remitting money to Nigeria.

On the ease of doing business in Nigeria, Dabiri-Erewa said it was getting better. She disclosed that the country’s diaspora policy was being put together and also working on a diaspora trust fund.

“We also plan to organize a diaspora investment summit very soon and the commission is currently working with the Federal Mortgage Bank of Nigeria to set up diaspora mortgages for interested Nigerians.”

Other participants agreed with Dabiri-Erewa that with proper engagement, transparent exchange rate and a pan African bank such as Ecobank that has innovative digital technology, Nigeria can attract high inflow and volume of diaspora remittances which can be compared with such countries as India, Israel, Indonesia and others.

The virtual summit was titled: ‘Financial Services and Remittance Solutions for Nigerians in Diaspora: Leveraging Ecobank’s Pan-African offering as the Nation Celebrates 60’.

Managing Director, Ecobank Nigeria, Patrick Akinwuntan in his opening speech noted that there was growing evidence that diaspora remittances were impacting positively on the economies of various countries of the world. He put the total annual remittances to Nigeria at about $20 billion which he said, contributes hugely to the country’s foreign exchange earnings.

According to him, apart from constant engagement with Nigerians in the diaspora, the bank is leveraging its digital technology through its Rapidtransfer App and Ecobank Mobile App to make it easy and affordable for Nigerians abroad to remit money to their home country.

”Our dedicated Rapidtransfer, mobile remittance app is a game changer for the market. It enables Africans and indeed Nigerians wherever they are to easily and instantly send money to bank accounts, mobile wallets and cash collection in – and across – 33 African countries.

“Historically, the cost of sending cross-border remittances to Africa has been far too high at about six to seven per cent. Similarly, the process to send funds has long been inefficient and burdensome, with customers typically needing to go physically to an agent sometimes late in the night or in poor weather with attendant discomfort and risks.

“The Rapidtransfer app remittance solution is a quick, easy and reliable digital solution that removes all of these issues. It is indeed a game-changer for Nigerians and all Africans with its sustainable and standout affordability.”

Akinwuntan further explained that the transaction cost is affordable with the charge from zero to about three per cent as compared to six to seven per cent elsewhere, and with instant transfer speed, adding that exchange rate is transparent and compares favourably with others.

He added that Ecobank also offers Mortgages, Treasury Bills, capital market instruments and others, adding that  Ecobank was privileged to work closely with the NIDCOM and will continue to pursue its mandate of helping to enhance the economic development and integration of Africa, through the 33 countries and two affiliates where the bank operates on the continent.

One of the panellists, former Vice Chairman, Board of Trustees, Nigerians in Diaspora Organisation Europe (NIDOE), Dr. Bashir Obasekola, said Nigerians in the diaspora would be encouraged to send money home through the formal channel if the rate is competitive, low charges, transparent exchange rate and the government creating the right investment environment.

He commended Ecobank for the webinar, noting that, most Nigerians abroad are now enlightened on the ease and affordable means of remitting funds home.

Head, Consumer Banking, Ecobank Nigeria, Mrs. Korede Demola-Adeniyi listed the objectives of the webinar to include providing the attendees with access to information on opening accounts online in Naira and other international currencies, information on Ecobank’s bouquet of money transfer services that make it quick and simple for those in the diaspora to send money to family and loved ones back home in Nigeria.

Economy gasps in the hands of pandemic, protests

Rates to moderate as DMO auctions N150bn worth of bonds