Much ado about forces against Eto 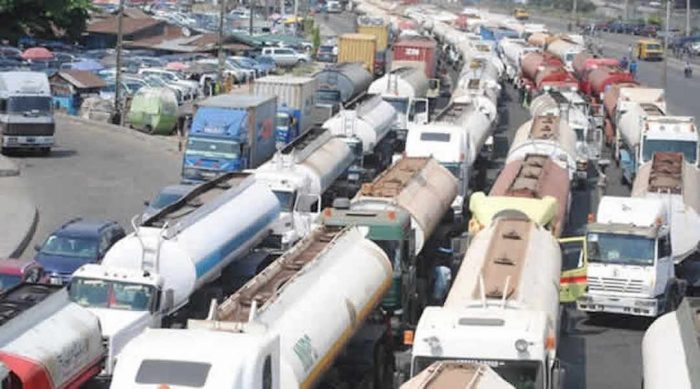 In recent times, articulated vehicles laden with export cargoes have returned to the ports access roads despite the launch of the Nigerian Ports Authority (NPA) E-call-up system, popularly referred to as Eto, thereby making a mess of the early gains of the electronic system, and showing why the corrupt system will fight back, writes TOLA ADENUBI.

When the Nigerian Ports Authority (NPA) in collaboration with the Lagos State Government launched the electronic call up system, popularly referred to as Eto to put an end to the usual cluster of articulated vehicles along the ports access roads, many port users heaved a sigh of relief that at last, sanity had returned to the ports. However, almost a month after the launching of the Eto e-call-up system, the trucks are back on the roads in form of export cargoes, turning the Marine Bridge leading into the main port access road — Wharf road — a no go area for road users.

The story is not different along the Apapa-Oshodi express way Where trucks carrying containers litter the ports access road.

In an official Twitter on the official handle of the NPA, the agency listed the numbers of articulated vehicles lying along the ports access roads to be more than 600.

“We have a backlog of over 600 trucks that have approached the port coming out of their truck parks and are currently in that location within the port corridors, within the Lilypond. So we are suspending all export cargoes”, NPA said in the tweet.

When the Nigerian Tribune reached out to the consulting firm contracted by the NPA to help manage the e-call-up system, Transit Truck Park (TTP) on why the trucks were back on the roads, the firm accused exporters of frustrating the seaport E-call-up system by deliberately abandoning trucks on the ports access roads over incomplete documentation process.

Speaking with the Nigerian Tribune exclusively, the Chief Operating Officer of TTP, Mr. Dayo Adeboye, explained that, “When we saw many of the trucks on the ports access roads, our findings revealed that many of them are carrying export cargoes and that their documentations were not complete. The trucks were released to go into the ports, but due to incomplete documentation, they could not access the ports. Now, instead of returning to their parks and garages, the exporters left the trucks on the roads to go and complete their documentation. This is wrong.

“So, we have told them to either return to their various parks or their trucks will be towed away. We have even had to shut down the E-call-up portal to stop further booking because of this problem. It is not true that the E-call-up system collapsed, we shut it down to stop further booking because exporters who have booked and are suppose to enter the ports are leaving their trucks on the roads because of incomplete documentation.”

However, despite the threat by the TTP to tow errant truckers off the ports access roads last week, the trucks could still be seen lined up on the Marine bridge, thereby forcing road users to seek alternative entry routes into the nation’s busiest port of Apapa.

Why the system will fight back

For some port users, the sudden appearance of trucks along the ports access roads is due to a corrupt system that is fighting back because the efficiency of the E-call-up system will signify an end to the too many un-receipted monies that exchange hands along the ports access roads. In the words of Mr. Babafemi Alonge, a staff of a haulage firm operating in Apapa, “I knew the different security operatives working in Apapa will want the E-call-up to fail because if it works, that means loss of huge illegal earnings for these security officials.

“Imagine the long queue of trucks along the ports access roads? I learnt that they are carrying export containers, but I thought the E-call-up is expected to attend to the export cargoes alongside import units? Sincerely, I am suspecting foul play here. Some people do not want the e-call-up system to work because that will bring an end to their daily meal ticket.

“A police officer once boasted to his colleagues that he and nine other security officers in Apapa have been involved in a daily money contribution of N50,000, and whoever is his turn to collect at the end of every week goes home with N3.5 million. How can 10 security officials sustain a daily contribution of N50,000 that amounts to N3.5 million weekly? Definitely, such contributions could have only being sustained from illegal collections that occur at various checkpoints that used to litter the ports access roads.

So, how do you expect such people to allow the Eto e-call-up to work? They will definitely work against the new truck call-up regime because they are used to making so much daily from the confusion along the ports access roads.

“That was why I was not surprised when I read in the news that some truckers were caught brandishing counterfeited e-call-up slips. It shows that the system is fighting back. Some people don’t want the E-call-up to work because of what they benefit from the gridlock along the ports access roads. It’s a cabal thing, not just a one-man show.

“The owner of my company is a Lebanese, and he often tells us (his workers) that he usually enjoys the corruption around Nigerian ports. That with money, he can bribe his way through the gridlock anytime he wants to. That it is the people that created the gridlock that usually create access for those that are willing to pay to move through when it’s late at night.”

Also speaking on the resurgence of trucks along the ports access roads, a staff with one of the federal government agencies located in Apapa wondered why the E-call-up only worked briefly after its launch in February.

“The security operatives seem to be enjoying the whole scenario because if they are not, then why are these trucks not being towed?,” the angry civil servant who wouldn’t want his name mentioned lamented.

With most of the export cargoes laden trucks trying to make a mess of the E-call-up system, the NPA, in a statement recently announced the suspension of export receipts at Nigeria’s busiest ports of Apapa and Tin-Can.

In a statement signed by Ibrahim Nasiru, Assistant General Manager, Corporate and Strategic Communications, the NPA stated that the move was part of efforts to improve access into, and service delivery at the Lagos Ports Complex and the Tin Can Island Port, respectively.

This development, he said, was necessitated by the need for consultations with export cargo stakeholders, and the Nigerian Export Promotion Council(NEPC) on the harmonisation of procedures required of owners of this category of cargo.

According to him, all other segments of port users are enjoined to continue carrying on their businesses by using the designated truck parks and booking for access into the ports on the Eto platform.

The statement reads in full: ”As part of efforts to improve access into, and service delivery at the Lagos Ports Complex and the Tin Can Island Port, the authority hereby announces a 14-day suspension of export receipts at both ports and all satellite truck parks, with effect from Monday, March 22, 2021.

“This development is necessitated by the need for consultations with export cargo stakeholders, and the Nigerian Export Promotion Council (NEPC) on the harmonisation of procedures required of owners of this category of cargo.

“Stakeholders should please note that this suspension does not affect export refrigerated cargo and trucks whose operators have secured call up tickets as at Friday March 19, 2021.

“The authority thanked all stakeholders for their support towards the success of Eto since its introduction three weeks ago and seeks continued support in the determination to end truck congestion on access roads into the ports and improve service delivery.”

Lawmakers condemn stopping of containers along ports corridor by Customs

Varsities must place emphasis on skills above certificate —FG