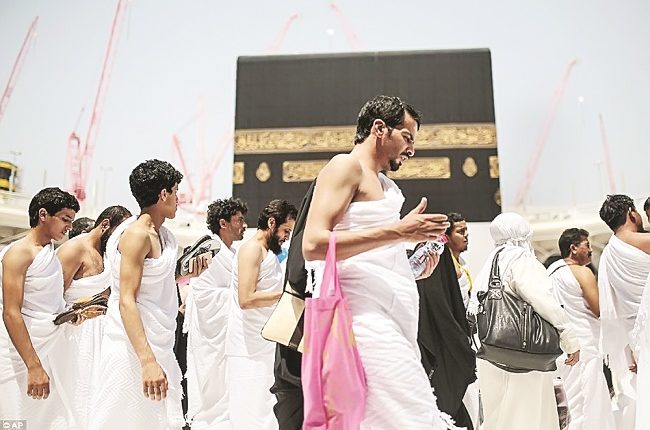 In February, during the second pre-hajj visit to Saudi Arabia for arrangement to the botched 2020 hajj, the Saudi Deputy Minister of Hajj, Sheikh AbdulRahman Al-Bejawi, urged the new board of the National Hajj Commission of Nigeria (NAHCON) to embrace the Makkah Route Initiative, which was introduced in 2019 for pilgrims in Indonesia, Pakistan, Malaysia and Tunisia

The initiative, according to the minister, offers the unique privilege of exemption of pilgrims from airport screening protocol in Saudi Arabia with the screening done and completed in pilgrims’ home countries.

The merit of the idea shone brightly in the minds of the NAHCON board members led by the chairman, Alhaji Zikrullah Hassan, as it aligned with the pledge made on his inauguration.

In his inaugural speech, Alhaji Hassan had declared: “We have resolved to continue the journey together to make NAHCON a global brand and give it a global recognition. The journey will not be complete until we are able to attain the lofty heights of the Malaysian Tabung Hajj where services and welfare of pilgrims run efficiently. Therefore, our journey will not be complete until we find a better way for our pilgrims in which they will not have to wait and spend long hours at the airports waiting for boarding or screening.”

Beside, the success of the arrangement with Bangladesh, Pakistan and Malaysia further fueled the thirst of the board members.

What is the Makkah Route Initiative?

The initiative is meant to facilitate the pilgrims’ entry into Saudi Arabia from their home countries. It is designed to provide service for pilgrims through the completion of their entry into the Kingdom from the airports of their countries. The service includes issuing visa, ensuring compliance with health requirements and codifying and sorting luggage at airports in the pilgrims’ hotels upon arrival. The Makkah Rout Initiative is expected to serve more than 225,000 pilgrims passing through airports in Malaysia, Indonesia, Pakistan, Bangladesh and Tunisia  Once the pilgrims arrive in the Kingdom of Saudi Arabia, they will no longer face the long immigration lines.

Despite the NAHCON chairman’s desire to join the aforementioned countries in enjoying the privilege, the cancellation of Hajj 2020 due to the COVID-19 pandemic prevented the realisation of that objective, as the Kingdom of Saudi Arabia suspended all arrangements and preparations towards the this year’s hajj.

With the coast seemingly clear for the 2021 Hajj to hold, the NAHCON board has again thrown its hat in the ring.

Speaking during a visit to the Minister of Interior, Mr Rauf Aregbesola, to intimate him of NAHCON’s plan on the project, Alhaji Hassan said “the Makkah Route Initiative is going to be our new baby.”

According to him, the project will end the era of multiple screening in Nigeria and Saudi Arabia. “It takes between three and five hours to screen a flight conveying Nigerian pilgrims but with the MRI, that will be a thing of the past,” he noted

The minister expressed his support for the commission to achieve its desire. According to him, all the agencies responsible for the realisation of the MRI will do their parts. “I promise you the support of the ministry and its agencies. We eagerly await the arrival of the Saudi officials that will elaborate on what the initiative is all about. But from what I have read and heard, you can count on us as partners for the successful inclusion of Nigeria in the Makkah Route Initiative,” he said.

In the same vein, the Comptroller General of the Nigeria Immigration Service (NIS), Alhaji Muhammad Babandede, pledged cooperation with NAHCON to ensure the success of the project.

During a courtesy visit to his office by a NAHCON delegation, Alhaji Babandede said the NIS would pave the way for a seamless hajj operation through the MRI. “We will avail the Saudi officials our facility whenever they request and we are ready to support and cooperate with them,” he said.

According to him, the Nigeria Immigration Service is prepared for the task. He pointed out that the service had a similar arrangement with some European Union member-countries, especially the United Kingdom, which offers a similar service like the Makkah Route Initiative.  “I want to assure you that we are equal to the task. It is even easier as both Nigeria and the Kingdom of Saudi Arabia belong to Interpol network in case of any serious threat or default,” he added. The NIS boos commended the board of NAHCON for the initiative and for striving to uplift the welfare of Nigerian pilgrims. He said, “You have demonstrated the passion and zeal to take hajj management to the next level.”

With a positive outcome of the ongoing consultation with the Saudi authorities on the Makkah Route Initiative, Nigerian pilgrims will be saved from the pain they used to experience at the airports in Jeddah and Madinah.

The party also said that immediately the Caretaker/Extraordinary Convention Planning Committee was put in place after the NWC’s dissolution, the crises that had characterised its affairs were laid to rest….Maximising the benefits

His son, Aminu Shehu Idris, confirmed in an interview with the Tribune Online that his late father who was appointed on 15th February, 1975 and spent 45 years in the throne died on Sunday after a protracted illness…Maximising the benefits