With Lekki port expected to be the hub port in the West African sub-region when completed, recent activities of Nigeria’s largest container terminal operator, APM Terminals in far away Abidjan, Cote d’Ivoire has shown that the battle for hub status in the sub-region might just have begun, writes TOLA ADENUBI. 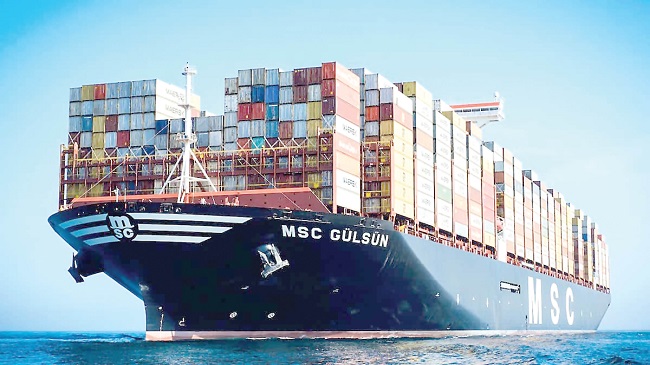 THE operator of the busiest container port terminal in Nigeria, APM Terminals is gradually shifting focus from Apapa port, which used to be the hub in the West African sub-region, to the Cote d’Ivoire Terminal (CIT) in Abidjan. Reasons for this are not far fetched. The emergence of Lekki port, a port capable of receiving very large ships of 14,000 TEU’s (Twenty Equivalent Units) of cargoes, might push APM Terminals and its partners, Maersk Line out of business when it comes to very large ships.

Aside the Lekki port (which is still not operational until 2022), none of the six Nigerian ports boasts of what the CIT in Abidjan has to offer when operational by next year, not even Onne port that recently played host to the biggest ship to call at any Nigerian ports, a 10,000 TEU Maersk Stadelhorn.

“Once CIT becomes operational, Abidjan will be the only Port in West Africa capable of handling large vessels of up to 14,000 TEU and will therefore create an attractive value proposition for marine and landside customers, unlocking new opportunities,” David Skov, Vice President, Head of Africa and Middle East portfolio at APM Terminals was quoted as saying during the ground breaking ceremony of the CIT.

Once completed, CIT will have a 1,100-metre quay equipped with STS cranes. The terminal will have a rail yard with two tracks of 300 meters each and offer reefer plugs for up to 1,100 containers.

While the CIT that is expected to be operated by APM Terminals boasts of a 1,100metre quay, Nigeria’s busiest port terminal, Apapa port, which is also operated by the same company boasts of 1,005m in quay length.

Aside from beating Apapa container terminal in terms of quay length, no Nigerian container terminal currently can handle a vessel of 14,000 TEU’s. The biggest vessel to ever call at any port in Lagos, Nigeria’s economic capital, were those in the class of WAFMAX with a maximum capacity of 4,500 TEU’s.

Even the biggest ship ever to call at any Nigerian ports, the Maersk Stadelhorn, with length overall of 300 metres and beam of 48.2 metres, can only carry about 10,000 TEU of containers compared to the 14,000 TEU’s expected at the CIT.

With the additional capacity provided by CIT, the terminal is expected not only to cater for the needs of the local market but also serve as a preferred gateway for Nigeria’s landlocked neighbours, such as Burkina Faso, Mali and Niger, thereby posing a threat to an agreement reached between Nigeria and Niger five years ago, over the movement of three million tons of transit cargoes from the Lagos port to Jibiya in Niger.

For some observers, the deal reached between CMA CGM and Lekki Port LFTZ Enterprise (LPLE) over the operation of the Lekki port container terminal is the major reason APM Terminals is seeking solace elsewhere.

According to a lecturer at the Lagos Business School (LBS), Dr. Frank Ojadi, “Today, the game has shifted to control over very large vessels and transit cargoes. What this means is that APM Terminals want to get involved in that struggle for very large vessels, and that is why they are building the 14,000 TEU container terminal in Abidjan.

“Don’t forget that APM Terminals also has a container terminal in Benin Republic and Tema port in Ghana, but these ports can only take vessels of about 8,700 TEU vessels. Although bigger than the vessels that call at Apapa or Tin-Can ports, it’s far off the 14,000 TUE mark of vessels expected at the CIT in Abidjan. Hope you now understand why APM Terminal needs a bigger container terminal in West Africa that can match the latest trend in the industry.

“Terminal operators are now battling for hub status through the control of very large ships and transit cargoes. Nigeria has entered into the game through the Lekki deep seaport and the Ibom deep seaport, but these two projects are not yet ready.

‘If you look at Mediterranean Shipping Company (MSC), the company already has a hub port in Mauritius. So the battle has shifted to control over very large ships, and the construction of the CIT in Abidjan is just a testament to that fact.

“From the hub, the shipping company can now be running feeder operations to other ports in West Africa.”

Also speaking on the developing trend, an importer, Badmus Alao explained that the need to go outside of Nigeria may not be unconnected with the fact that Lekki ports emergence will dwarf everything surrounding the Maersk Line in the sub-region.

“CMA CCGM is obviously a French shipping company and does not have any relationship with APM Terminals like the Maersk Line of this world, so it is important that APM Terminal acts fast. Lekki port is scheduled to become operational by 2022, so APM Terminals has slated the CIT to become operational by 2021, a year ahead of Lekki port, meaning by the time Nigeria’s concludes the construction of the deep seaport in Lekki, there is already an alternative for very big ships in Cote d’Ivoire. Obviously, anywhere APM Terminals goes, Maersk Line follows because they operate as a group.

‘So you can understand the economic dynamics at play here. If CMA CGM were to have a relationship with APM Terminals, maybe the company would not have looked elsewhere for a mega container port terminal outside Nigeria, given the limitations that are upon Apapa.”

It is imperative for the Lekki port promoters to speed up the construction process in-order to position Nigeria ready for the battle ahead.

“In the words of Dr. Frank Ojadi, “Aside from the Lekki port which is still in progress, no ports in Nigeria matches the CIT which is expected to commence operation next year.