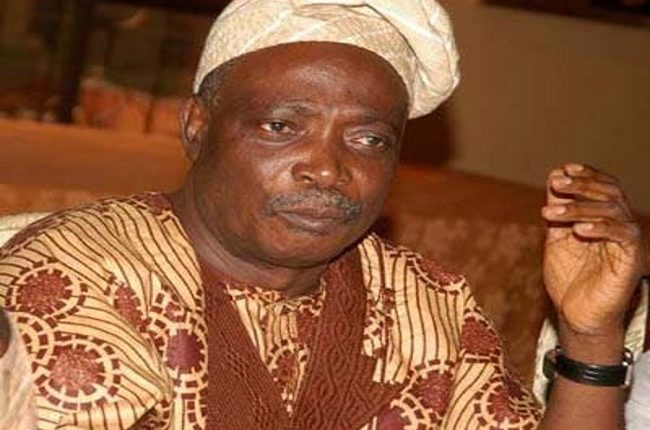 Former governor of Oyo State, Rashidi Ladoja has knocked Chairman of the state Rural Water Supply and Sanitation Agency (RUWASSA), Mr Najeem Omirinde for stating that no administration, after 1995, bought water drilling rig for the agency except the present administration.

According to Ladoja, in a statement by his media aide, Mr Lanre Latinwo, it was unfair for the RUWASSA boss to castigate and deride other administrations who used their goodwill to get drilling rigs for the state.

Ladoja explained that during his administration, two rigs were donated to the state by the Japan International Cooperation Agency (JICA), a Japanese donor Agency.

According to Ladoja, the rigs were launched at Igangan in Ibarapa North Local Government by the then Vice President, Alhaji Atiku Abubakar.

Ladoja urged Omirinde to crosscheck his facts before coming to press, noting that even the rigs still in use were those purchased by his administration.

He wondered why Omirinde will deride efforts of previous administrations because the agency had just got approval to buy another rig.

On the position of the RUWASSA boss that substandard rigs were purchased, Ladoja said the rig donated by JICA was capable of drilling up to 300 metres.

It will be recalled that another former governor, Adebayo Alao Akala, on his Facebook page, had also said that his administration procured 33 brand new borehole drilling machines and that the Governor Seyi Makinde administration was not stating the facts.

Ladoja’s statement read, “The rigs were launched at Igangan in Ibarapa North Local Government by the then Vice President, Alhaji Atiku Abubakar.

“The whole idea was to use same to eradicate guinea worm that was an epidemic in Ibarapa and some parts of Oke Ogun and Ogbomosho zones of the State then.

“RUWASSA formerly Water and Sanitation Agency (WATSAN) was an agency under the Governor’s office with a Project Director under the supervision of the then Secretary to the State Government (SSG), who was later Chief of Staff to Senator Ladoja, worked assiduously to make the government and people of the State proud with timeous eradication of the epidemic.

“The epidemic was eradicated in a little over a year with awards and recognition from/by Federal Government of Nigeria, Jimmy Carter Foundation and several other international agencies.

“It needs to be noted that the rig donated by JICA could drill up to 300 metres and was about the best in the West Africa sub-region at that time.

“When that is compared to the one for which approval was given, the latter can conveniently be referred to as a “toy rig.”

“If the administration could use it’s goodwill to get such a gift of two (2) complete drilling machines, why can’t your administration do same than to deride previous governments,” he asked rhetorically.

“If the rigs were not put to good use, why the awards and recognitions?

“It is those rigs that are still being used by Oyo State till recently when, as claimed by Hon. Najeem Omirinde, current chairman of the agency now Rural Water Supply and Sanitation Agency (RUWASSA), approval was obtained to buy another one.

“And now that the new ones were being proposed by the government, why must you castigate others for not buying rigs especially when you can use expertise, experience and connections to get rigs.

“Why buy another one, when money meant for that could be put to some other use.

“What’s more, when a need arose then, Air Compressor was bought by prudent (as known by people of the state) Ladoja administration,” Ladoja said.