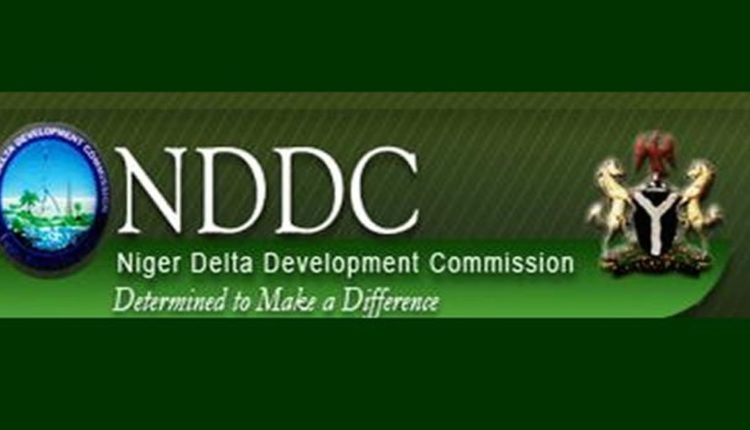 Chairman, House Committee on Public Accounts, Honourable Wole Oke, who presided over the investigative hearing into the audit queries from the Auditor-General for the Federation (oAuGF) for the period under review, underscored the need for the NDDC acting managing director, Professor Pondei Kemerbrandikumo, to provide details of the projects and list of all defaulting contractors.

The commission’s boss is also to come along with a statement of accounts showing the recovered funds as alluded to by its acting director of internal audit, Mr Itu Eno Ubi, who said only the sum of N19 billion is yet to be recovered from the contractors.

According to the Auditor- General of the Federation, 219 audit queries were issued by his office against NDDC. As stipulated in the audit report, 90 per cent of the contractors collected the mandatory mobilisation fees without resorting to the site between 2011 and 2012, for contracts that ought to be have been completed within six months.

However, 60 per cent of the contractors had, during the investigation, argued that they had completed the projects, adding that the claims are frivolous and cannot be verified. While noting that the same contractors were being recycled by the commission, the Auditor-General of the Federation maintained that the action taken by NDDC management has done more harm to the system over the years.

To this end, the Auditor-General of the Federation, in his recommendations, urged the House Committee on Public Accounts to ensure that NDDC management explains the rationale behind the contractors’ failure to execute the projects after collecting the mobilisation fees, the status of the bonds signed by the contractors and why appropriate sanctions should not be applied to the contractors.

In his response, the NDDC acting managing director, who was represented by Ubi, argued that the funds were released to the banks that guaranteed the contractors. He added that the funds had been recovered from some of the erring contractors, leaving the balance of N19 billion outstanding against the N70 billion outstanding alluded to in the audit queries.

He maintained that the management of NDDC made efforts to recover the outstanding advanced bank guarantees from the banks, adding that some of the contractors were unable to complete the projects due to the insecurity situation in the oil-producing region.

Honourable Oke, who frowned on the failure of the commission to address various issues raised in the audit queries between 2008 and 2012, said: “What the auditor-general did was to invoke Section 4 of the Audit Act to discover the anomalies in the NDDC.

“The main issue is whether the interim management committee has rendered the account up to 2018. We stopped at  2018 due to the coronavirus pandemic, but clearly there are issues here and there.” While stressing the need to ensure accountability of all public funds accrued into the coffers of the commission, the lawmakers directed the NDDC management to provide the letters of award of all the contracts and the commission’s statement of accounts showing the refund of more than N50 billion as claimed by the acting director, internal audit.

The lawmakers also unveiled resolve to embark on physical inspection of all the projects, with the view to ascertaining the veracity of the claims made by NDDC. On the other hand, the committee resolved to formally direct all the banks being operated by NDDC to submit documentary evidence on the status of the ABG tendered by the contractors with the view to ascertaining whether it has expired or reviewed before taking further legislative action.

To this end, Oke directed that the NDDC management and other stakeholders should appear today at 11.00 a.m.