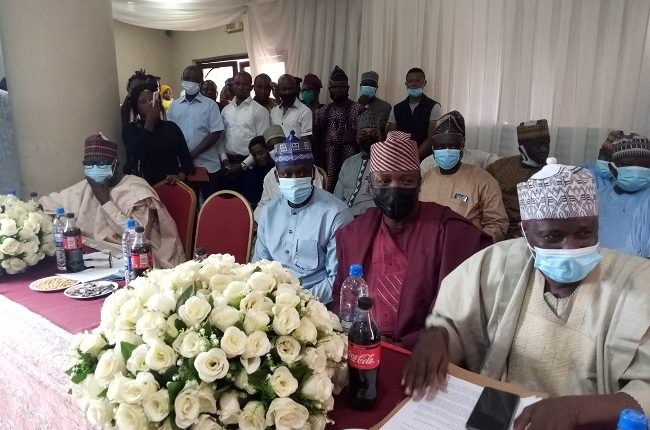 Members of the All Progressives Congress (APC) in Kwara State have said that the lingering crisis in the party in the state is nothing but a political struggle between two forces.

Speaking with journalists in Ilorin, on Monday, on the sideline of a book launch, Senator representing Kwara South senatorial district, Architect Lola Ashiru, said that the crisis is reconcilable.

The Kwara APC senator said that the simmering crisis is a result of the struggle for the control of the party between a group loyal to erstwhile APC chairman, Hon Bashir Bolairnwa, and the state government.

The book, titled ‘Twenty-one political lies in Nigeria,’ was written by an APC chieftain in the state Akogun Iyiola Oyedepo.

“There is nothing irreconcilable in the differences. I have been in this game for so many years. We have had worst times than this. As far as I am concerned, this is the most temperate time for us.

“The difference is that there is a struggle to control the party between government and APC executives.

“One way or the other, somebody must win. So, this time around government won. We had been in this position so many times in the past. I am very sure with the spirit of sportsmanship, the spirit of belief in the society, we will always win,” he said.

Also speaking, the author of the book, Akogun Oyedepo, said the book is aimed at exposing some claims whose time must expire in the country’s body politics.

“I write to create consciousness of different views: economics, social and political. I write to create issues based on politics instead of these prebendal lies served on the people to place politicians in power.

“With sensitisation, mobilisation and organisation, the bubbles of lies will burst and servant leaders will emerge to serve our people at all levels of government in Nigeria,” he said.

In spite of the huge investment in the water sector by the government and international organisations, water scarcity has grown to become a perennial nightmare for residents of Abeokuta, the Ogun State capital. This report x-rays the lives and experiences of residents in getting clean, potable and affordable water amidst the surge of COVID-19 cases in the state.  ‘Kwara APC crisis is reconcilable.’