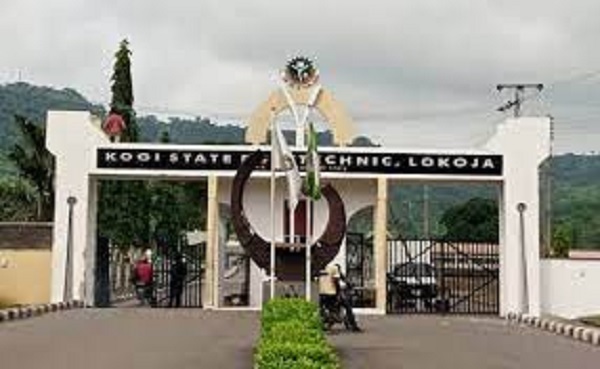 The Academic Board of Kogi State Polytechnic, Lokoja, has expelled 42 students over examination misconduct, theft and forging of results.

This was contained in a press statement issued, on Friday, by the management of the institution after her emergency meeting held, on Thursday, in Lokoja which was presided over by the Rector, Dr Salisu Usman.

According to the statement, management considered reports of various committees and consequently approved the expulsion of 42 students for offences bordering on theft, examination malpractices and forging of results.

Mr Victor was involved in the running of an illegal examination syndicate, popularly known as Magic Centre in connivance with one Ibrahim Hayatu who was the ring leader.

The centre was burst some time ago, precisely on 5th November 2020, at Sarkin Noma in Lokoja.

Similarly, Mr Akerele Oluwaseun, an ND I student of the Department of Computer Science, with Matric No 2019/ND/CPS/676 was expelled for stealing a bag belonging to one Abdulganiyu Mohammed from the same Department.

The statement added that they resolved that the provisional admission of the detected students should be withdrawn for Gross Misconduct.

In another development, the Board also constituted an investigative committee to take a comprehensive look at the results from the Department of Business Administration in the last three academic sessions and make recommendations that could assist in addressing the complaints of wrong computation of results from the department and set the record straight, going forward.

The Board also received the report on the completion of the comprehensive hostel renovation with satisfaction and further approved the proper labelling and official naming of the various hostel blocks after some identified personalities that have distinguished themselves in their own right and respective endeavours.

“The gesture in the wisdom of the Board is to motivate students into seeing such personalities as role models who could spur them into good conduct that could be of immense benefits to them and the society.

“The Rector used the occasion to restate the commitment of the Governing Council, Management and Academic Board to upholding the dignity of the Polytechnic through strict adherence to rules, just as he solicited support from all and sundry so as to achieve more for the institution,” the statement added.

In spite of the huge investment in the water sector by the government and international organisations, water scarcity has grown to become a perennial nightmare for residents of Abeokuta, the Ogun State capital. This report x-rays the lives and experiences of residents in getting clean, potable and affordable water amidst the surge of COVID-19 cases in the state.  Kogi state poly expels 42 students