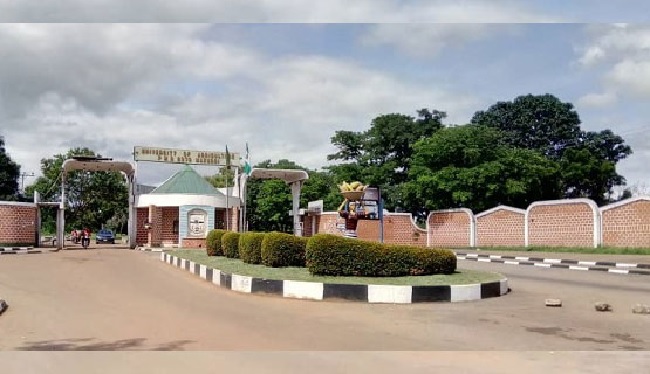 Students of the Federal University of Agriculture, Makurdi (FUAM), Benue State capital who were kidnapped have been released.

The students were abducted last Saturday around 10:30 pm on campus while studying near a lecture theatre.

The University Director, Information, Protocol and Public Relations of the University, Mrs Rosemary Waku, disclosed this in a statement.

She said that the two students were returned to campus on Tuesday and mentioned their names to include; Israel Farren Kwaghgee and Solomon Salihu.

Mrs Waku did not say if a ransom was paid before the students were released.

An official of the University had earlier said that the kidnappers contacted one of the parents of the kidnapped students and demanded N20 million ransom.

Also confirming the release of the students, Police Public Relations Officer of the State Command, DSP, Catherine Anene, said the students have been released.

Though, Anene had on Monday disclosed that three students were abducted but failed to give the number of students released by the abductors.

Her statement read, “Kidnapped students of the University of Agriculture have been released unhurt. Investigation into the case continues, please.”

At about 25 minutes, the train slowed down at the uncompleted Omi-Adio terminal, a village on the Abeokuta/Ibadan expressway; it’s a stone throw from Apata in Ibadan. Conveyance of passengers from there and other terminals has not kickstarted as the terminals are still under construction and workers were found there…Kidnapped FUAM students regain freedom