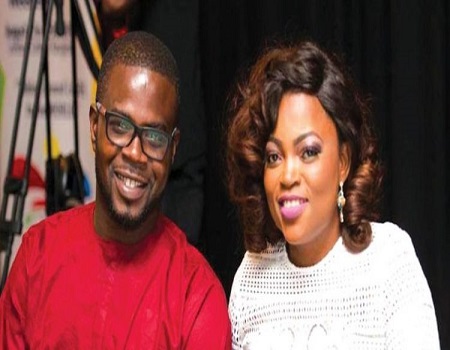 The Popularly known actress, Funke Akindele-Bello and her husband, Abdulrasheed Bello known as JJC Skills arrived the Magistrate Court, Ogba at exactly 11:00 am but could not leave the Patrol car of the Lagos state Legal Department until 12:00 even as lawyers were coming in and out of the car.

As at the time they left the car for proper hearing at the court, they covered their faces from the point of leaving the car to the courtroom and journalists were barred from covering the case.