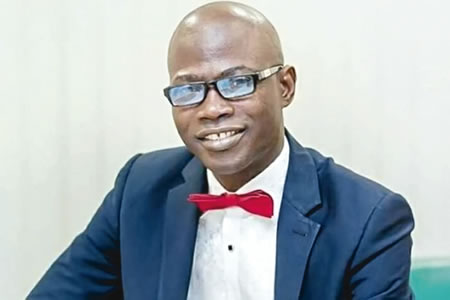 Tajudeen Obasa, a member of the House of representative, in this interview by SAM NWAOKO, speaks on his representation since 2015, his plans for his constituent, as well as the economic impact of the border closure by the Federal Government or his people among other issues.

For months   now,    the    Federal Government closed all borders and this measure has had various forms of effects on Nigerians. What is year comment on this?

The border closure by the Federal Government has both advantages and disadvantages. Among the advantages are that it has encouraged  local production  of many  commodities   and  the  blockage   of the importation of unauthorised firearms especially small arms into the country, which would  have  added  to our  existing  security problems. The border closure has also led to the near total stoppage of the importation of substandard materials through the borders and the smuggling of such materials. Again, it has also discouraged illegal influx of foreigners into Nigeria and so on. We don’t know what might have happened to our country, given the current problem of Coronavirus that is bedevilling all the continents of the world.

We should also take the positives.  You see, there is no consumer nation that can ever be economically buoyant like producer nations. So, I want to believe that we need to appreciate our own work. It is when we can produce in large quantity that we can export the excess for financial gain.

Looking at the disadvantages, there is no nation in that is an Island to itself. Nations must depend on one another in one way or the other for sundry economic benefits. So by closing our border against foreign goods, it means that we will not have access to the foreign goods that we cannot do without and which we cannot produce by ourselves.

Also, in an emergency situation like in case of internal security crisis in which we may need foreign countries for assistance, the opportunity many not be there as a result of border closure.

The early passage of the 2020 budget by the National Assembly has been halied by Nigerians but to what advantage is this on implementation?

Speaking honestly, it is a very good development for our country because it will enhance proper and full implementation of the budget of which, at the end of the day, the entire country will benefit greatly from. And want to believe that we lawmakers in the National Assembly will ensure its 100 per cent implementation through proper monitoring during our oversight assignments. Early passage and signing into law of the yearly national budget should enhance full budget implementation at the end of each budget year. I will also implore the executive to be up and doing in its responsibility of ensuring its full and early implementation so as to help the nation to move forward.

Violence and related   criminal activities have adversely affected the image of Nigeria. What do you think the Federal Government can do to change the trend?

The solution is very simple and that solution is to find jobs for our youths immediately they are graduating from the universities. Though, it is true that government cannot get white collar jobs for every graduate they can settle them through self-reliance. You will want to ask me about how the government can do that; yes the government can do it successfully without stress. Thank God the Federal Government had already introduced entrepreneurship skill into   Nigerian institutions of higher learning. The government should make it compulsory for students at the end of their graduation and one year service to  their fatherland, receive N500,000 each to settle down with the entrepreneurship knowledge they have gained. The government should realise that  just  as the  civil servants  earn millions of naira as severance after serving their  fatherland for years, they should also realise that the one year of NYSC Scheme is also a service to the fatherland the youths deserve  a severance  package  of  at least NSOO,OOO  after  their one-year meritorious service. And the money should not be given to them as loans but as their own take­home package.

I believe with this, about 80 per cent of them will become self-reliant and employers of labour. With that, unemployment and crime rate will naturally come down while our economy will get a big boost. So, by estimation and with my statistical calculation it will only cost the Federal Government less than N100 billion in a year which is far less than N100 billion that the government is spending yearly to fight crime without solution. So, this N100 billion  for  the  severance package of  youth  corps members should  be incorporated into Nigeria’s  yearly  budget  to be  passed  into law by the National Assembly for immediate implementation by the federal government.

A tiger at Bronx Zoo tests positive for coronavirus