Johnson: A centenary of remembrance 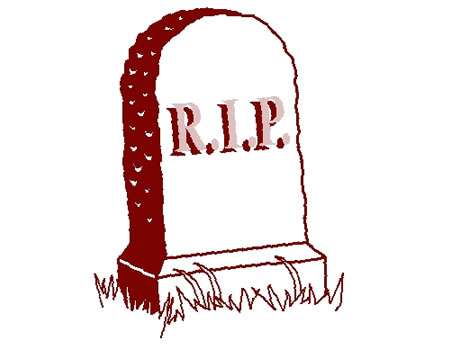 Among the outstanding Africans that lived through the last two centuries was the inimitable Dr. Obadiah Johnson, a Creole of Nigerian and Saro descent. He was, perhaps, the second Nigerian to qualify as a medical doctor after Dr. Horton, but certainly the first indigenous Yoruba medical doctor. A man of prodigious intellect whose professional dexterity served his people well, he was also an accomplished writer, respecter of African culture and values, and a social engineer noted for his fierce challenge of racial discrimination. Among other achievements, Johnson is prominently remembered for co-authoring with his elder brother, Reverend Samuel Johnson, the pioneer historical work, The History of the Yorubas: From the Earliest Times to the Beginning of the British Protectorateeven if the book describes as the editor.

Born in Hastings, Sierra Leone to Henry Johnson (Snr) (Erugunjimi) and Sarah Johnson on 29th June, 1849, Johnson was the fourth of the seven children who survived their parents (Henry Snr who died in February 1865, and Sarah who died in June 1876). Obadiah’s parents had been captured as slaves but were liberated in Freetown and resettled in the village of Hastings. Henry was originally from Oyo-Ile, capital of the Oyo Empire and a grandson of Alaafin Abiodun of the great Oyo Empire. He was also a cousin to Bishop Ajayi Crowther. His son, Obadiah,wedded Mabel Emily Johnson, daughter of Rev. Thomas Maxwell in 1886.

The young Obadiah started his formal education in 1855 at the Day School, Hastings, Sierra Leone. However, when in 1857 his father was invited by David Hinderer for mission work in Ibadan, Nigeria. Obadiah and the rest of the family (except Henry Jnr. who remained a teacher at the Grammar School, Freetown) moved to Ibadan. They arrived in Ibadan on February 11, 1858. He continued his education at the Day School, Kudeti, Ibadan, which was run by Mrs. Anna Hinderer. He spent some time there before transferring to Lagos where he enrolled at Faji Day School in 1864.

After completing his primary school education at Faji in 1868, Obadiahwas apprenticed to a Lagos carpenter, Mr. Joseph Pearse on Odunlami Street, Lagos. He subsequently also became apprenticed to Dr. A. A. Harrison, a Church Missionary Society medical doctor who practised in Abeokuta. This medical apprenticeship tasked Obadiah physically and mentally and introduced him to medical terminologies, equipment, and drugs. It is believed that this exposure ignited his interest to pursue a career in medicine.

In 1870, Obadiah returned to Sierra Leone for his secondary school education at the Grammar School in Freetown from 1871 to 1873. Thereafter, he taught at the Holy Trinity School, Kissy Road, Freetown, from 1874 to 1876, rising to the position of Head Teacher of the school.

He resigned his appointment in 1876 to enroll at the prestigious Fourah Bay College, Sierra Leone, from where he graduated in 1879 in flying colours with a Bachelor of Arts degree.He moved on to study Medicine at King’s College, London, the first of four generations in the Johnson family to study at King’s. He was an exceptional student and he achieved the remarkable feat of winning “all the prizes in science” for his set.  He graduated from the medical school in 1884 and was admitted into membership of the Royal College of Surgeons (MRCS) in April that year. He was also elected as an Associate Member of King’s College by the institution’s council.

Obadiah also studied at the University of Edinburgh from where he graduated with an M. B., C. M. degree and in 1889 he bagged his M. D. degree. After his medical studies, he was appointed Assistant Colonial Surgeon in Sierra Leone in 1889 and worked in Shebro District. From 1890 – 1897, he was the Chief Medical Officer in Lagos, another historical feat as hitherto only Europeans had held this office. He resigned from this position in July 1897 after suffering continued racial prejudices with dignity. Examples of such discrimination appear in the discrepancy of the remuneration of the natives as opposed to the Europeans.

He had earlier experienced racial discrimination in 1893, when his application for the vacant position of Senior Assistant Colonial Surgeon, previously held by a European, was turned down despite possessing superior qualifications to the person who vacated the post. When he resigned in 1897, he set up his own private medical practice next to his residence on 50/52 Broad Street, the current site of the CMS Bookshop building. Also attached to his residence was a chapel which he had built.

Apart from his remarkable career in Medicine, Dr. Obadiah Johnson also made his mark in politics.  From August 1901 to 1912, he was appointed an unofficial member of the Legislative Council of the Colony of Lagos, during which he served three Governors, respectively, Sir Williams MacGregor, Governor Egerton and Lord Fredrick Lugard.  His role as an unofficial adviser to the Governor of the Colony endeared him to many, especially in confronting government authorities on the issue of racial discrimination. His older brother, the Venerable Henry Johnson, and Bishop James Johnson (Holy Johnson; not a relation of his), were ideological fellows in this regard. He advocated for the upholding of African culture and pushed for Africans to run their own affairs both in the church and in the larger society.Two years before the amalgamation of Nigeria, Obadiah resigned from the legislative council in 1912 in protest against some policies of Governor Lugard.

Obadiah was a very prominent member of the Christ Church Marina Lagos. According to records at the Harrison & Harrison Organs of Durham, United Kingdom he was not just a prominent member of the church, but a church warden; for when in 1901 the company completed the first pipe organ for the church during the tenure of Rev. Nathaniel Temple Hamlyn, Obadiah’s name featured in correspondence as a warden. From 1891, he served on several church committees and boards.That year he was appointed by the CMS as a member of the Visiting Committee of the Grammar School. He later became a member of the Parochial Committee of the Lagos District Church Council and in 1906, a member of the Diocesan Synod of Western Equatorial Africa. In the Synod, he served on the following four committees, Translation, Procedure, Motions, and Constitutional Amendments. In 1910, he was appointed to the Publications Committee of the Church Missionary Society Bookshop.

Obadiah’s contributions to scholarship include his thesis on ‘West African Therapeutics’ in 1889, which earned him his Doctor of Medicine degree (M.D.) from Edinburgh University.This thesis described the medicare traditionally practised among West Africans “who have no English education”, drawing fromhis own experiences and first-hand knowledge of practices in Sierra Leone and Lagos.

Over a period of fifteen years, Dr. Obadiah Johnson re-wrote the book from the copious notes and rough manuscript left by his brother. Dr. Johnson also did not live to see the publication of this great book because he died in September 1920 and the book was eventually published in London, in 1921 by George Rouledgeand Sons. The eventual publication of this book etched the name of Rev. Samuel Johnson in world history and further re-affirmed Obadiah Johnson as a diligent and dedicated person.

100 years after his death, may future generations continue to accord the memory of this principled gentleman, pioneer physician, scholar, shrewd legislator, patriot, and devout Christian the cherished place it deserves in medicine, politics, history and Christianity.