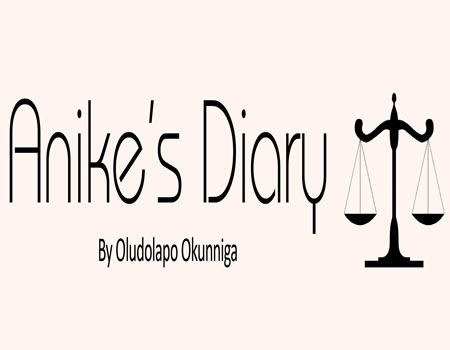 A face book friend made a post last week asking for the opinions of people. The story was that a woman had been married to her husband for years and that the union produced children. Nothing seemed amiss until recently when the wife discovered that the husband’s frequent trip to Lagos from Abuja where they both reside was actually a scam. His business trips were actually a family trip to check on his wife and two other kids who live in the bustling mega city. Devastated, she sought the opinion of people because through her sweat and effort, the house where they reside in Abuja was built. Further investigation revealed that the property where the second woman lived was purchased for her by the man whom the wife had hitherto had the impression of not being financially buoyant. The wife is confused as to the next step and is afraid that she may lose the house in Abuja and other properties that may have been documented with both names.

The answers to the incident varied in so many ways. From volatile actions borne out of raging to calm ones, to redresses available under the law. emotions then someone in-boxed me saying that the woman would not dare sue her husband for bigamy as it’s a dead letter under the Nigerian Criminal Code

I told him that Bigamy still remains an offence under both the Criminal Code Act CAP C38 Laws of the Federation 2010 and the Marriage Act and it is therefore punishable under either of the body of laws. For instance the offence under section 370 of the Criminal Code provides that “Any person having a husband or wife living marries in any case in which such marriage is void by reason of its taking place during the life of such husband or wife is guilty of a felony and is liable to imprisonment for seven years.”

However section 33 (1),  of the Marriage Act CAP M7 Laws of the Federation 2010 now amended provides that “ No marriage in Nigeria shall be valid where either of the parties thereto at the celebration of such marriage is married under customary law to any person other than the person with whom such marriage is had.”

Section 35 provides that” any person who is married under the Act or whose marriage is declared by this Act to be valid shall be incapable during the continuance of such marriage of contracting a valid marriage under customary law; but, save as aforesaid, nothing in this Act shall affect the validity of any marriage contracted under or in accordance with any customary law or in any manner apply to marriages so contracted.

Section 39 “Whoever being in marriage goes through the ceremony of marriage under this act with a person whom he or she knows to be married to another person shall be liable to imprisonment for five years.”

Section 47 “ Whoever having contracted marriage under this Act or any modification or reenactment thereof, or under any enactment repealed by this ac, during the continuance of such marriage contracts a marriage in accordance with customary law, shall be liable to imprisonment for five years.

Simple as these all seem, any of the grounds require painstaking investigation and valid proofs to sustain. And so many get discouraged, what is more there are in many cases societal sentiments and other pressures. So what is the way out in this particular scenario? Now if her suspicions are confirmed that and the husband is actually married to another woman, the type of marriage she contracted and the one her husband contracted with the other woman is in issue. If the union is contracted under the Act, then she only has a good case if she can prove the existence of another marriage. But first she must regularize all her documents to secure the future of her children.

Then she can approach the courts with good and credible evidence to ask that the second marriage be set aside. How? And are there defences available?

I will forever cherish my collaboration with Harrysong —Singer Kolaboy

Naira Marley as template of a failed nation

Forcing your child to become foreign

Put your house in order, write a will