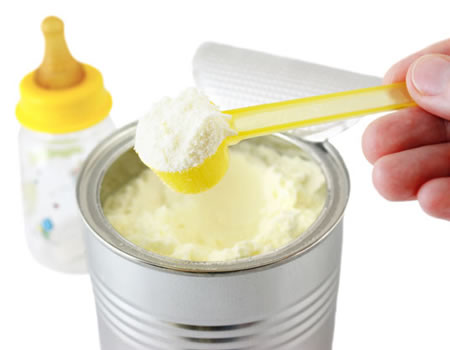 INFANT formulas sold in Nigeria are useful alternatives to breast milk in many circumstances but may pose health risks to infants and children due to contamination by potentially toxic metals, a study has said.

In the study published in the 2020 Sultan Qaboos University Medical Journal, scientists tested different brands of both locally manufactured and imported infant formulas and found their content of arsenic was higher than the provisional tolerable level, suggesting a cause for public health concern.

Arsenic can cause cancer in many organs, including the skin, lungs, bladder, kidney and liver; it is also capable of influencing the neurological, respiratory and cardiovascular systems.

The study also compared the estimated daily intake of aluminium, arsenic and mercury with the provisional tolerable daily intake acceptable by the Joint Food and Agricultural Organisation/World Health Organisation Expert Committee on Food Additives in 26 infant formulas purchased in March, 2017 from stores in Port Harcourt.

This sample represented approximately 75 per cent of infant formulas available on the Nigerian market. It consists of infant formulas and follow-on formula samples which were soy-based, milk and rice-based, rice, wheat and mixed cereal gruel (all sold as powder), vegetable meals, and fruit-based desserts.

Aluminium and mercury levels were within permissible limits, but arsenic concentrations in the infant formulas exceeded established safe limits.

The levels of arsenic were higher in cereal-based formulas compared to milk-based formulas, but the difference was not significant.

The intake levels of aluminium, arsenic and mercury in infant formulas were found to be 8.02–14.2 per cent, 437.1–771 per cent and 23.7–41.8 per cent of the provisional tolerable daily intake of the JECFA threshold values, respectively.

According to them, food regulatory agencies in developing nations should maintain regular and periodic checks of foods to ensure permissible limits of contaminants.

They declared that further studies with larger sample sizes including metal speciation analyses will shed more light on the public health impact of infant formula consumption in Nigeria.

Currently, there is no guideline for arsenic content in baby food, including infant formulas, but the food industry has been advised to adhere to a 0.2 mg/kg arsenic level to ensure the safety of infants and young children.

Infant formulas derived from rice have been shown to contain arsenic, which potentially has health risks for infants due to long-term exposure starting at a young age.