Arts and Culture
By Akintayo Abodunrin On Mar 7, 2021 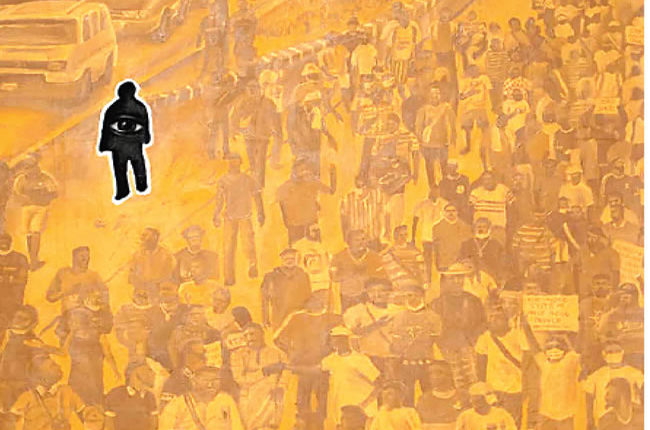 AFTER showing in Nigeria and the United Kingdom, the multidisciplinary artist, Ken Nwadiogbu, is making his United States debut.

His first solo exhibition in the US entitled ‘Ubuntu’, a Zulu word loosely meaning humanity, opened at Think space Projects, Los Angeles, yesterday and is ongoing till March 27.

It is showcasing 20 new hyperrealist works by the artist who investigates representation through a focal-point of eyes as a means of discovering and revelation.

Using charcoal and acrylic, the artist creates a hyperrealist narrative that demands socio-political thought and discourse, bringing the ideology full circle by emphasising that we are more similar than different.

In his artist’s statement for the exhibition curated by Andrew Hosner, Nwadiogbu affirmed his preference for drawing and the eye’s importance.

“My love for drawing faces of everyday people through ripped paper was born from a need to identify Africans in major global contexts. These juxtaposed pieces became my way of exploring, evaluating, interrogating, and challenging socio-political structures and society issues.

“I believe that the eye is a window into the being of any human and, as such, make it a constant symbol in my latest body of work. I create silhouettes of human forms and embed the eye or sometimes a whole face in them, thus subtracting the human looks and referencing a consciousness that is buried deep within. My process of caring less for other features of my subjects and focusing on the eyes intensifies my every approach to representing us differently to the world.

“The focal point of my art is on black lives, recreating my experiences and those encountered by the people around me, such as police brutality, lingering racism, xenophobia, culture conflict and shock. Working with charcoal and acrylic on canvas, I can invoke empathy in the viewer forcing socio-political thoughts and discourse and making them aware enough to respond to what is going on in society.” 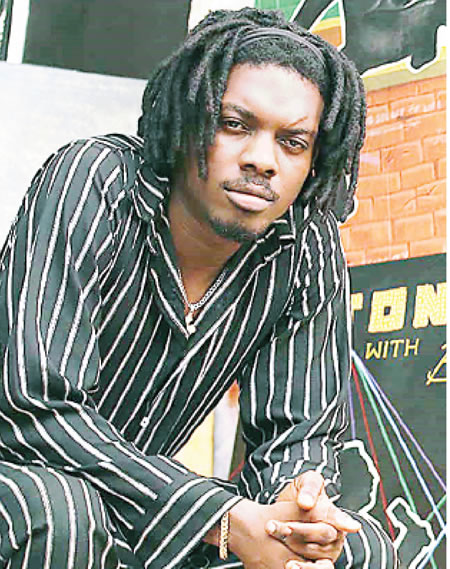 Born in Lagos in 1994, Nwadiogbu is a full-time artist who creates innovative conceptual drawings on various surfaces as he engages in multidisciplinary modes of storytelling.

Though he holds a B.Sc. in Civil and Environmental Engineering from the University of Lagos, art had always been his interest; hence he took up art while studying for his degree.  Inspired by issues relating to him and those around him, he began creating works that reflect people’s everyday struggles, hoping to make a change.

Popularly known as Ken Art, Nwadiogbu also focuses on inspiring and encouraging young creatives. He does this through public speaking and mentorship, using his creative companies, Artland Contemporary Limited and Kings Management. He is also the co-founder of Artists Connect NG, created to foster creativity, collaboration and community.

Commenting on the show and why Think space Projects is hosting it, the curator and co-owner of the gallery, Hosner, said, “We’ve known Ken for a couple of years now, and it is an honour to provide a platform for his debut US solo exhibition. Ken is an incredible talent, and his story will also help to tell Nigeria’s story. It’s an important show, and we are thrilled to be presenting it in tandem with Ken.”