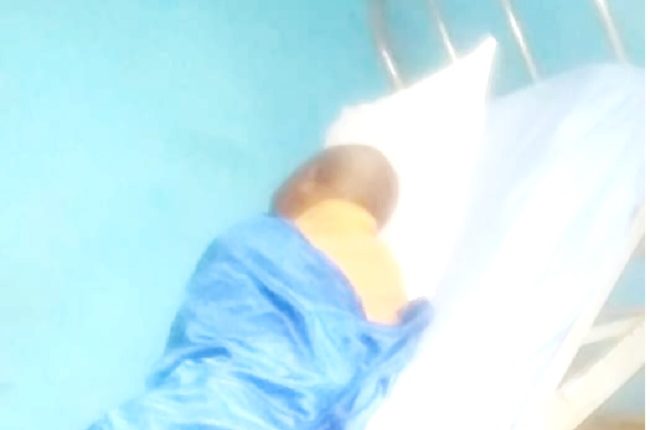 A retiree of the Ondo State-owned Owena Press, publisher of The Hope Newspaper, Mr. Remi Aye, has sent a desperate appeal to the state governor, Rotimi Akeredolu over the non-payment of his retirement benefits to enable him to attend to his failing health.

Aye, who is critically ill and in clear need of urgent medical attention, was a photographer with the establishment for close to 30 years before he retired from the employment of the organisation. He has been bedridden for months and currently suffers from a partial stroke and diabetes; the ailments, rendering him incapacitated and unable to walk properly or use his limbs.

Aye who was the former State House photographer is in constant need of assistance and medications but could not attend to his medical bill as the state government was reportedly yet to pay his entitlement since he left its service.

Speaking on his bed,  the multi-award-winning photographer lamented that Owena Press has been unable to pay his entitlements after working with the organisation for more than 30 years before retiring two years ago (2018).

According to him, the development has made life to be difficult for him and his family, saying they have been living in penury and deprivations since his only means of livelihood had been stopped. In his bid to salvage what was left of his life, Aye had started selling off his property. Clearly, this had not been enough to provide the needed medical attention that he requires.

Aye’s predicament came to the fore some few months after another retiree of the company, Mr. Japheth Ogundojutimi, sent a similar appeal to the state government.

Ogundojutimi is also battling with diabetes and high blood pressure and is in constant need of money to buy needed food and medications.

Speaking with the Nigerian Tribune, Aye said, “While I congratulate the governor on his re-election, I am seriously begging His Excellency to step in and bail me out. I need help and I need it urgently. I am in pain. It is excruciating. I want it to stop but I cannot help myself. I lack the financial strength to help myself. I am helpless. I feel so helpless seeing my life ebbing away. Clearly and certainly I could have had money to properly take care of myself if my entitlements are paid.

“The usual practice is for the government to pay such entitlements through the Ministry of Finance and thereafter deduct the money from the subventions going to the company. I am appealing to the governor to please follow that method.

“I have resorted to selling off some of my landed properties that I acquired during my service years to take care of my health challenges. And that is not supposed to be.”

He called on the Nigerian Union of Journalists (NUJ), the Nigeria Labour Congress (NLC), and other stakeholders to help plead his case with the government towards getting a speedy and favorable response.

As Nigeria celebrates its 60th Independence Anniversary, Most Reverend Emmanuel Adetoyese Badejo, the Bishop, Catholic Diocese of Oyo in his message on the occasion…I’m dying  I’m dying

Benin monarch, Omo N’Oba N’Edo Uku Akpolokpolo, Oba Square II, has called on the Peoples Democratic Party, PDP, not to turn itself to another godfather to the reelected governor of Edo State, Godwin Obaseki…I’m dying