Glitz
By Segun Adebayo and Adeola Otemade On Jul 5, 2020 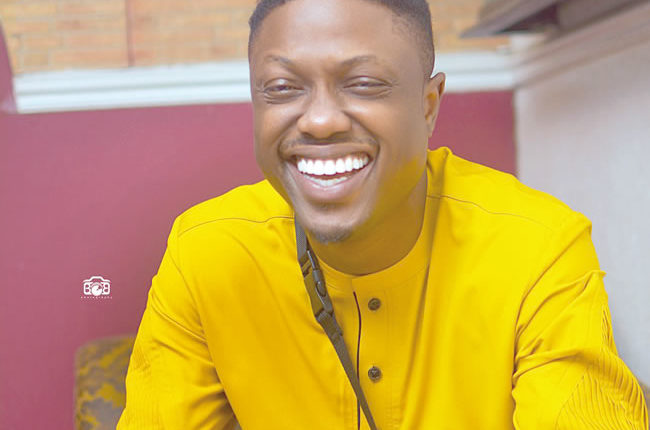 Famous Nigerian rapper, Olanrewaju Ogunmefun, popularly known as Vector does not believe in jumping on the band wagon to put his music in the minds of the people despite the pressure to do so. Having emerged as one of the most successful music stars in Nigeria, Vector says being true to his craft has brought him the good and bad sides of fame but he would rather keep doing what he feels is right. In this interactive session with Segun Adebayo and Adeola Otemade, the rapper shares his story about life and career.

You are one artiste that seems to mind his business. You are hardly involved in the regular drama we hear or see in the industry. How do you manage to remain truthful to your craft and still make money?

Let me just drop this for those who don’t know me: I don’t chase lifestyles that are beyond my reality. Staying put and minding my business has not really helped me but I can’t run after anyone. I keep my game very tight but simple. But I am grateful for life and growth. I think that’s the best way of living one’s life.

How do you feel about what people think about you as a musician?

People wonder what people would say when they die and forget to do the one they prefer.

For example, I do not think I would have anything negative to say about a very bad person.

You have known me for years, you can tell the kind of person I am. It is the same with everyone I have met. It has not changed.

You are set in your own world. What kind of lifestyle are you known for?

Like I said before, I don’t chase lifestyles that are beyond my reality. I mean I try to make money but I also have a widow mother and friends that look up to me. I also try to be there for others.

You have refrained from explicit scenes in your music videos. What informed this act?

I am no saint here, but I just don’t see myself going out of my way to look out for such in videos naturally so I don’t really request it with my own work too.

Despite the successes you have recorded, do you think not following the popular trend of explicit videos has affected your commercial sales?

I have got to a point where I leave such worries to the people in charge of management. I don’t usually think explicit scenes determine the success of music.  I am not a director so I can’t say I know how it works with that.

Do you think the industry can do without the trend of semi-nude videos?

You are making it sound like the industry is solely about nudity, the industry is not all about nudity, we still have artistes in the industry that maintain a different style in their music videos; not all artistes are into nudity and all in their music videos. But on the other hand, let people express their artistic sides how they feel and let life happen after. It’s not like all musicians subscribe to the same idea. We don’t all have the same principles guiding our acts, although the last may be challenged in Naija with some sets of popular music.

Coming from a Celestial church background, how do you think that has had impact on your sense of music?

The Celestial church makes music from scratch, at least that’s how I experienced it in the choir in Olowu parish on Lagos Island, from composing to arranging and performing. I guess it’s a norm for any child with musical interests to learn one or two things growing amidst such a reality. And my musical prowess cannot be far-fetched from the musical upbringing I had while growing up, it honed my musical skills and built the confidence I had in myself.

Your rap lines are revered by fans all over. What would you say is the secret to your depth?

Anyone who seeks within will find depth. I mean, isn’t depth the location of self-evaluation? Self-evaluation comes as a result of your ability to reach deep within yourself being immersed in the reality of who you are, the reality of the world around you, this and more I have been able to merge into my rap lines.

Taking a break from music would have effectively ended the career of many. Instead, you came back even stronger. Would it be safe to assume that you have the secret to musical success?

Best believe that when I remove myself and return, I would have a new perspective to life, and music is part of life. The human mind experiences fatigue too and it’s okay to stop, reanalyze, then grow at your own pace within your capacity.  So my break from music only came back better because of the understanding I have towards life and music.

How have you been coping with the pandemic?

I do my best to stay informed to the best of my own knowledge about such global issues. Music never closes office so I have been fine.

How do you cope with pressure of not being married as a superstar?

Na you gimme the pressure? Lol. What makes you think I have that pressure? It’s not like I am doing it for anybody but myself.

Would you say you have got to the peak of your career looking at how far you have come?

Life never ends till you die. My music is about life, so as life continues to be in existence, I will continue to do what I know how best to do. I do not understand the idea that there is a height that is “the height”. Music in many ways has shaped us, our thoughts, the way we act, reason, speak and humans cannot be separated from music in a way. For me, there isn’t any height that I have attained or which I am wishing or intending to attain. There are many grounds to break for me; it has never crossed my mind that I have got to the peak of my career. I still have a long way to go and anything you put your mind to will definitely pay off.

The Crossroad project with Masterkraft projected a different you, a different style from what you have been doing so far, what inspired this change?

What is that thing that has kept you different and unique from the rest?

I know say na only me dey live this life wey I dey see with my own eyes and learn with my own mind. The rest are the rest for a reason.

The African Mind EP was more of a spoken word style, and it reflected the human nature in a way, why didn’t you do it in the regular rap style?

If you removed the rhythm on my rap verses, you would have the same effect most times. Rap is Rhythm and poetry, so doing it the regular rap style and doing it in the spoken words style would still bring the same effect. The major thing that is of necessity is passing a message across to the masses and they grasping the message being passed out. As I have said earlier, music is dynamic in nature and as artistes we must not limit ourselves to a particular way of doing songs.