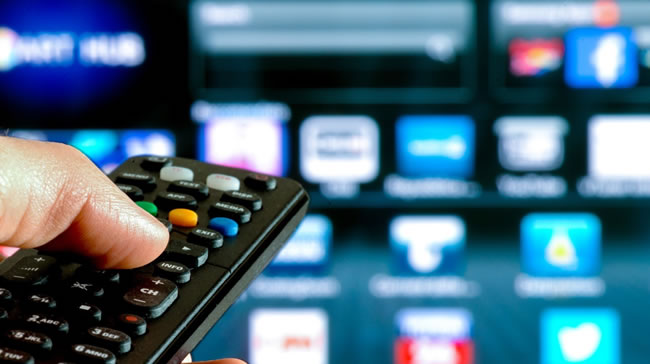 In such a globalized world, it’s no surprise that companies and brands from one country will spread their influence on another. The same works with concepts in general – especially when it comes to the 54 countries that comprise Africa. Are we seeing the growth of African influences across the worldwide entertainment industry?

Film Industry
The Nigerian film industry of Nollywood is one of the most prolific film industries throughout the world and produces around 1,500 films a year from the heart of Nigeria. The industry is growing and providing opportunities for many across the region, especially as it is noticed by foreign investors who help pump money into the local economy. This is, in part, down to the reliance on African settings across film and TV and how popular African stories are becoming.

The major blockbuster Black Panther, for instance, was shot at Uganda’s Mountain Rwenzori and Bwindi Impenetrable National Park to take the place of the fictional African nation of Wakanda. Black Mirror shot in South Africa for its fifth season, and an episode of Doctor Who’s 11th series was shot in Western Cape. Malawi was also the location for Chiwetel Ejiofor’s hit The Boy Who Harnessed the Wind, while commercial projects for companies such as Coca-Cola, Intel, and Facebook were also shot in Africa.

Music Industry
Western music producers are focusing on Africa to create new sounds for the 21st Century. Warner, Sony, and Universal have all moved into the African market. Doing so not only takes advantage of the sounds unique to the afrobeat and African hip hop genres, but also invokes the vast myriad of African culture; from the top of the Nile to the Horn of Africa and down past the Sahara Desert.

Indeed, Nigerian Afrobeat artist Wizkid collaborated on Drake’s 2016 hit ‘One Dance’ which became the first song to achieve 1 billion Spotify streams. The influence of music spanning the continent of Africa has always been found in the Western charts, but, as the influx of other cultures and languages shows, there is a greater appetite for sounds that represent something different and new.

Gaming Entertainment
Online entertainment has a wider scope, and can frame games and entertainment titles around concepts based in and around Africa without having to actually go there. One of the most prolific of these is Egypt, from where many online games take their inspiration. For those playing casino online, there are a host of games that are themed around Ancient Egypt and Cleopatra – such as Power of Gods, Return of the Dead, Rich Wilde and the Book of Dead, and Book of Ra.

Ancient Egypt lends itself well to these themes, as diving back into a history that many people have some knowledge of but is still open to interpretation, provides fertile ground to create a game from. Elsewhere in entertainment, Assassin’s Creed: Origins also takes the Ancient Egyptian theme for its centuries-spanning assassin-based video game. Halo also set some of its gameplay in ‘New Mombasa’, which is heavily based on Mombasa, Kenya.

African influences have been felt in media throughout the world for centuries, but it seems that the increasing globalization means that they are increasingly coming to the fore. Whether this is through film and TV, through music, or through themes found in gaming and online entertainment – it’s clear that African influences are taking centre stage.

BREAKING: Adeboye Declares 30-Day Fasting And Prayer Over Situations In Nigeria
Apparently worried by the current situations in Nigeria, General Overseer of The Redeemed Christian Church of God (RCCG), Pastor Enoch Adeboye, on Tuesday declared a 30-day fasting and prayer across the country. Nigeria has in the past week been embroiled in a series of crises which started with the protest against police brutality now widely known as #EndSARS protest and also the shooting of protesters at the Lekki Toll Gate on…

NLC Tasks FG To Investigate Those Who Hoarded COVID-19 Palliatives
The Nigeria Labour Congress (NLC) has called on the Federal Government to investigate the conduct of government officials, who hoarded the COVID-19 palliatives and relief welfare materials and provisions, which should have been distributed to the masses during the…

UK To FG: Investigate Lekki, Bring Culprits To Book
The British High Commission in Nigeria has asked the Federal Government of Nigeria led by President Muhammadu Buhari to investigate all  incidents associated with the #EndSARS protests including that of Lekki toll gate. The commission in a tweet on Monday evening said it is also concerned over the spate of looting…

Senate Probes N848m, $1.5m Scandal In Foreign Affairs Ministry
The Senate Committee on Public Account chaired by Senator Mathew Urhoghide is investigating alleged financial scandal of N848 million and $1.5 million respectively by officials of  Ministry of Foreign Affairs in Tel-Aviv, Israel. The Senate investigation was a sequel to the report of the Auditor General of Federation, Anthony…

Lagos Attacks Meant To Weaken South-West Economy —Governors
GOVERNORS of the South-West states and ministers from the zone on Sunday toured public assets and private properties destroyed in Lagos last week and said the coordinated attacks had exposed the region to economic annihilation. Led by its chairman and Ondo State Governor, Mr Rotimi Akeredolu, the governors said the regression into savagery exposed the vulnerability of the South-West to manipulation by divisive elements bent on…

Lekki: The Story Of Bashorun Gaa
Everything Nigeria finds impossible to do, the Lekki protesters did. Orderliness, organisation, security, equity and equality. They forged peace and flaunted it with good music. They provided electricity for protesters to charge their phones. Food was available; there was water for all. There was no class, no creed. Everyone…

Tell My Mother I Was Unarmed
THE youth have spoken. Vox populi, vox Dei. Tired of seeing their future being mortgaged by philistines, our youth have decided to take their future into their own hands. We may neither understand nor even empathise with them; but we can never wish them…