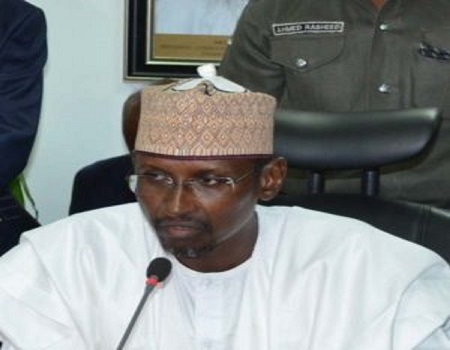 Minister of the Federal Capital Territory (FCT), Malam Muhammad Musa Bello, on Wednesday, condemned the invasion of Idu Industrial layout and other areas within the territory by hoodlums in search of COVID-19 palliatives, assuring the residents of maximum security.

He also assured of FCT Administration’s commitment to work with relevant stakeholders to provide adequate security in the territory, especially at Idu Industrial zone.

Malam Bello gave the assurance when he led the FCT Security Task Force, represented by the Commissioner of Police and heads of various security agencies to assess the level of destructions by hoodlums at Idu Industrial Layout.

According to him: “For the last few hours, we have been going around the Idu Industrial Layout of FCT together with Abuja branch Chairman, Manufacturers Association of Nigeria (MAN) with the support of the FCT security task force represented by the FCT Commissioner of Police, Bala Ciroma and others heads of various security agencies in FCT.

“We have visited a number of factories and warehouses that were vandalised during the last 48 hours. We have seen the enormity of the destructions. We have also visited other factories that were not attacked and we realised the extent of the investment that is available here.

“We have discussed, we have gone round and now we will go into communities and start engaging with them to ensure that this kind of thing never happens again,” he stated.

Also speaking, the FCT Commissioner of Police, Mr Bala Ciroma, assured that Police would put a stop to vandalisation in the area, as well as getting to the top of the matter and fish out the perpetrators.

“We also realised that there is a need for us to ensure that another investment was not affected this time around and properly secured.” He assured.

MAN branch chairman, Mr Odun Emasealu, also expressed delight with the visit of the FCT minister to the area.