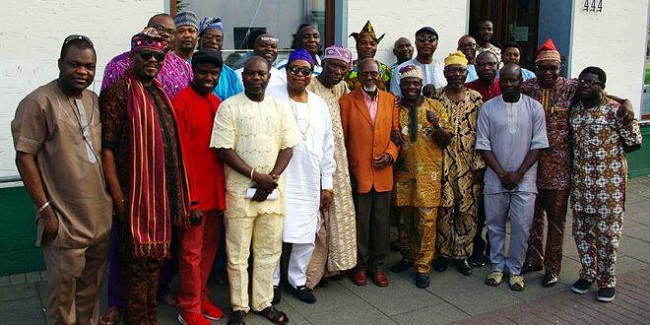 The umbrella organisation of all Yoruba groups in Germany has called for an end to what it described as acts of terrorism in the South-West region of Nigeria.

The group made this known at an emergency meeting of the Egbe Isokan Omo Yoruba held in Germany (EIOYG), recently.

A communique issued shortly after the meeting titled, ‘Our demand for an immediate end to the terror attack in Yoruba land’ said, “At the last national council meeting of leaders and stakeholders of EIOYG, held on February 28, we condemned the acts of the onslaught on lives, properties and existence of our families in the whole of Yoruba land.

“It is an encroachment on the basic fundamental rights of our people in their homeland, we reject the incessant killings and evasion of our land by the Fulani herdsmen and bandits.

“We charged all governments from the federal to local levels to wake up to their basic responsibility of protecting lives and properties of our people. Failure to do this or in the absence of this, it is a basic instinct for people to rise up and protect themselves against all forms of threats and aggressions.”

The group further called on all Yoruba governors, politicians, traditional rulers, among other stakeholders to, as a matter of urgency, put proactive measures in place to protect Yoruba land and its people. Perpetrators of carnage and wanton killing of Yoruba people should be charged and prosecuted,” the group stated.

“Yoruba are a peace-loving people as rooted in our culture, notwithstanding we will no longer tolerate criminals or bandits in our land; and in view of this, government should desist from harassing, arresting, intimidating or subjecting any Yoruba individual or groups associated with protection of lives and properties of our people.

“We sons and daughters of Yoruba in Germany stand firm in unison and reinstate our decision not to sit idle or look away, allowing the killings, raping, kidnapping and destruction of our people’s livelihood to continue. We remain active, vigilant and determined to do all things legally possible to protect the interest of Yoruba land and its people at all times,” the group added.