The school which has 19 classrooms, kindergarten, primary one to primary six pupils, toilet facilities, football pitch and other academic facilities, has 379 pupils out of the over 700 capacity.

Inaugurating the facility, Saraki commended the state government for the huge investment in education, saying that societies that invest in education had always been successful. 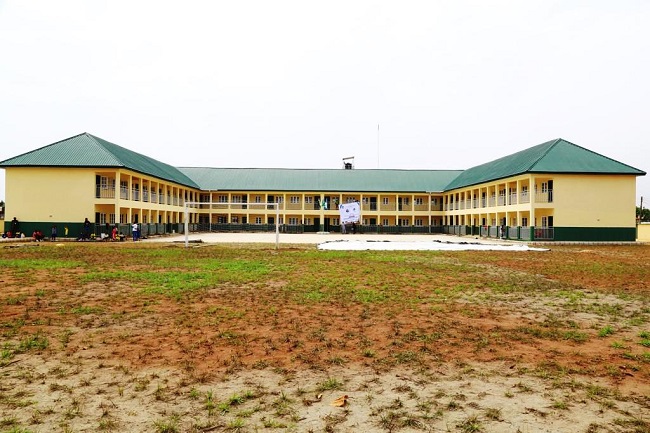 He commended the ministry of education for the quality execution of the project.

Earlier, the state Commissioner for Basic and Secondary Education, Chief Patrick Ukah, said the establishment of model primary and secondary schools across the state was to give children of school age, opportunity to acquire basic education without hindrance. 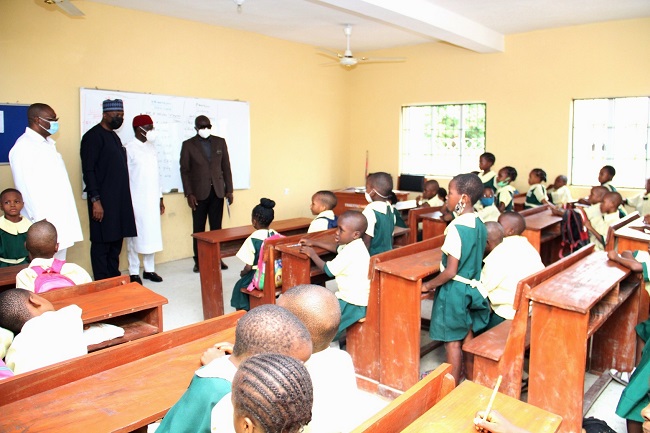 He said the new Asaba School was established by the present administration to address the growing need for a school in the densely populated area of the state capital.

“Before the establishment of this school, the closest primary school to this place was Uzoigwe Primary school which you could consider to be about four kilometres away from here.

“Then the next primary school is New Era which is equally about that same distance. The governor directed that we should put up a primary school here to take care of the educational needs of the people from this side of the town,” the commissioner added.

He called on traditional rulers, opinion moulders and other stakeholders to help government mitigate the teething problem of vandalism in schools.

The commissioner said that Delta State was ahead of others in terms of infrastructural development and standard of learning, even as he enjoined students and pupils to maximise the conducive learning atmosphere to improve their academic pursuit.