FG to commence construction of housing project for IDPs 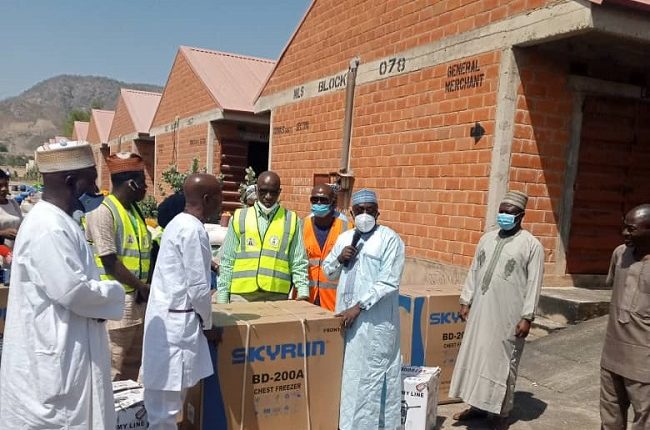 The Federal Government, on Tuesday, said it would soon commence the housing project for the Internationally displaced persons (IDPs) across the country.

Sen Basheer Mohammed, the Hon federal commissioner in the National Commission for Refugees, Migrants and Internally Displaced persons (NCRMI) under the presidency stated this while distributing relief materials to thousand of IDPs in Jalingo, Taraba State.

Mohammed who was represented by Alhaji Sudangi Jubrin, the Admin Officer of the Commission, told the IDPs at the event that President Muhammadu Buhari was concerned about their welfare and has directed NCRMI to provide them with the materials and to also commence housing projects to accommodate them across the country.

“President Buhari has empowered NCRMI to construct massive houses as resettlements cities for the displaced persons in the country.

“The project of 600 units of two-bedroom flats with education facility, worship and skills acquisition centre was already ongoing in the pilot states of Borno, Katsina, Zamfara and Edo,” he said.

Mr Paniga Binga, the Taraba State Commissioner for Special Duties and Humanitarian Affairs commended the commission for the gesture.

Binga, however, appealed to the Federal Government to expedite action on the return of displaced persons to their homes instead of continuous donation of materials.

According to him, Taraba has a total of 31, 460 IDPs and over 15,000 refugees, saying what was needed most was adequate security and logistics to ensure their return home.

Tribune Online reports that items donated include; refrigerators, generators, rice, maize, millet, gari, palm and vegetable oil among others and were handed over to various IDPs camp representatives for onward distribution to their members.

Death by instalment: Inside Calabar community where oil spill left trail of deaths, tragedies (I)