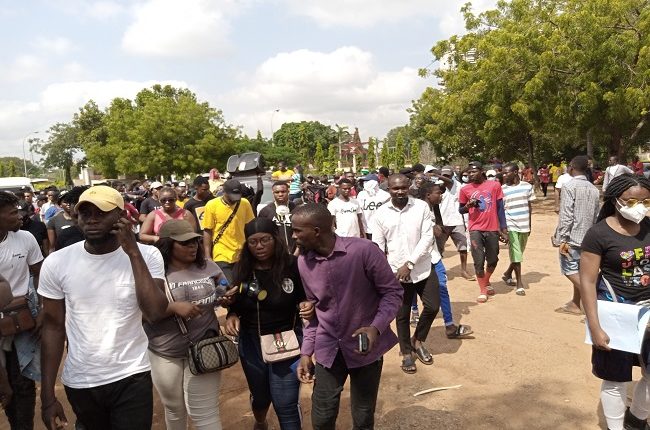 #EndSARS protesters were this morning given a hot chase with cutlasses and axes by some unknown thugs from Ola-Iya junction, Osogbo where they converged for the day protest.

The armed thugs who came in buses and motorcycles loaded with cutlasses and other dangerous weapons went berserk and ordered the protesters to vacate the junction or be mercilessly dealt with.

Food inflation rises to 16.6% in September