Agriculture
By Collins Nnabuife|Abuja On Jun 15, 2021 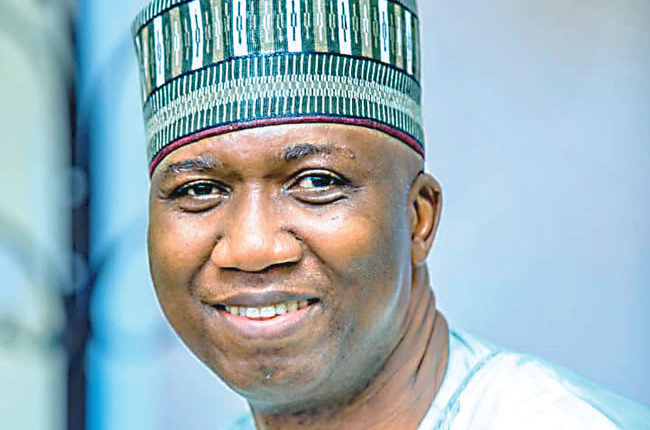 NO doubt, donkey as an animal has suffered negligence from the government in the past, which resulted in indiscriminate killing of the animal because of the high demand for it’s skin.

Donkey skin is a critical value chain in the agricultural sector, which has the potential to create wealth for the farmers through the exportation of its skin, and earn foreign exchange for Nigeria.

Stakeholders in the sector said exportation of donkey skin is profitable, but the farmers need to embarked on ranching of the animal and also breeding to avoid the animal going into extinction.

Recently, the National Agricultural Quarantine Service (NAQS) has engaged in a sensitisation campaign, to discourage people from colluding with foreign nationals to kill these livestock without breeding.

NAQS has also destroyed some donkey skins which where collected illegally and was meant to be smuggled out of the country.

NAQS said that donkey skin value chain is part of its export certification value chain, and it has invited dealers to register with them (NAQS) and do the business legally.

The Director General of NAQS, Dr Vincent Isigbe said they realised that people want to do business in donkey, so the outright ban of that will make the business become a black market, and since a lot of Nigerians are involved in it.

He said NAQS has a responsibility to restructure the value chain since it is an export commodity and make people understand that the only way they can continue with the donkey export business is to ensure that it is sustainable.

“Don’t forget that a donkey has been declared as endangered specie, and because of that, it means that we need to do everything we can as a country to secure its sustainability.

So, the only way we can secure its sustainability is to encourage ranching and breeding, so if you breed, from there you can take some skin and sell, but to de-populate indiscriminately and illegally, the donkey population in Nigeria and even now extending to West African neighbours to de-populate that, it is going to have a lot of consequences in Nigeria because if both countries have sufficient quantity, the issue of maintaining the balance will not be a problem at all”, Dr Isigbe said.

He said these donkeys are beast of burden, as people are use it for transportation.

“So, we are encouraging people through radio adverts, through Television, expecially, we have have been having interactive meetings with them, not just with the people involved in the trade, even with state governments that have this as part of their core businesses.

“So, the awareness is very high now, and a lot of people have approached us to say they want to be in business and do it the proper way and we are registering such ones and telling them what they need to do so that we can restore the donkey population and they too can continue their business”, he added.

He said it is going to be a win-win situation for everybody, the exporters will have something to export, the donkey population in rural area will not be exterminated, and the country will earn foreign exchange in the continuation of the donkey hide export.

“We are getting a lot of challenges from some communities, they have called NAQS names in the course of doing our work, there have been frivolous allegations against our operatives.

NAQS impounded the cache of donkey skin during several rounds of raids on hideouts used to store donkey skin ready to be trafficked out of Nigeria.

The Director of Operations, NAQS, Deputy Comptroller of Quarantine Dr. Sunday Audu said the Agency has ramped up its intelligence gathering and surveillance of late because the individuals behind the unabated onslaught on donkeys in Nigeria have escalated their aggression.

Dr. Audu stressed that NAQS was not opposed to trading in donkey skin but that the Agency was against the ceaseless exploitation of donkeys without restocking a practice that, if not checked, would drive the endangered species to extinction.

He mentioned that trading in donkey skin must be based on a set of rules that has sustainability as its centerpiece.

Dr Audu pointed out that “exploiting the donkeys without a long term view is like killing the goose that lays the golden egg. It will decimate the donkeys which yield the skin and close the donkey business permanently”.

NAQS seized the donkey skin during a string of precision raids on underground donkey skin warehouses and slaughter camps across the country.

The raids, which were carried out with a detachment of men of the Nigerian Police from the Force Animal Branch (FAB), followed several unheeded warnings to the operators to shut down those warehouses and stop the decimation of Nigerian donkeys.

The National Chairman, Donkey Dealers association, Chief Dike Ifeanyi commended the NAQS for putting up a very robust regulatory policy, in the sense that they do not want these animals go into extinction.

“We are talking about diversification, we can use donkey for that, donkey is not a wild animal, it can be ranched, it can provide employment, it can create research and pasture.

He said these smugglers are unknown to the NAQS which has the statutory power to validate, to verify or to give licence to any agricultural product that is either moving in or going out of the country.

“When you go to some African countries, you will observe this, but when you come to Nigeria, the laws are so silent that these Chinese people in collaboration with some of our brothers are head-bent in frustrating the regulatory efforts of NAQS to avoid the extinction of this particular livestock.

“We started this sensitisation to the persons in donkey business since 2016, we were telling them that there is every need for us to come together and regulate, and know the applicable method to handle donkey”, he added.

Dr Sunday Audu in an interview with Nigerian Tribune, said anyone caught killing donkey indiscriminately will be penalised.

“Your donkey skin will be seized and because of the advice and lectures we have given to the stakeholders, we gave them some time to start aggregating donkeys in their ranches, within that period of time, we told them we don’t want to see any donkey slash anywhere where the kill donkey indiscriminately.

“That should stop, everybody should have a ranch, they should form an association where we will be assured that they are into breeding and into production, they can bring from outside like they usually do to their ranch so that we will know that they mean business.

“But if that is not done, that means they are into smuggling and killing of donkeys, and most of their killings are in hideouts and we have been trying to locate such areas, to invade the place do the necessary thing we need to do and enlighten them, and tell them the proper way to do it”, he noted.

Dr Audu said all NAQS wanted them to do is to have an organisational framework so that along the line, if they are into donkey skin business, NAQS must make sure that thet have a ranch, and they are into production, then they can now apply legitimately to the NAQS that tgry want to export donkey skin.

He said before anyone kills donkeys, NAQS should know the reasons for killing them because the Service doesn’t want donkey to go into extinction.

“And since they have been labelled as endangered specie, they shouldn’t go into extinction, and so you cannot just kill them like that, we must know why you kill them, maybe because they are aging, they cannot go into production anymore or on health ground, then we can permit you to kill such, then you can export the skin since that is their main business.

“It is not even the eating that is the main business, it is the skin, it is only few people that eat the meat. When you go to the North, you will see their slaughter slabs everywhere, hidden in far outskirt not were you can imagine yourself going to.

“As am talking to you now, Nigeria doesn’t have donkeys anymore because they have finished killing them, and we are trying to discourage it, they donkeys they are killing now are being brought from neighbouring countriesike Chad and Niger. Even the young ones are being slaughtered for this purpose and which is not too good.

“So, these are the issues, we keep discouraging them, anyone we confiscate, we burn it so that they know we are serious, so that they can go into the proper way, they are allowing the Chinese people to come into the country and even encourage the killing of the donkeys and that is not right”, Dr Audu added.