Politics
By Osaretin Osadebamwen On Sep 16, 2020 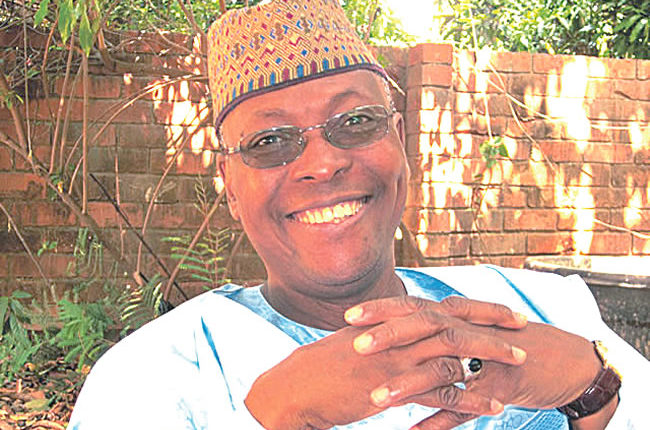 A member of the House of Representatives in the Second Republic and social critic, Dr Junaid Mohammed, in this interview by Osaretin Osadebamwen, talks about the controversy over moves by the National Assembly to amend the 1999 Constitution. He said President Buhari’s lousiness was responsible for the challenge his government faces in tackling corruption. He also expresses reservation on the way the national assembly leadership is going about constitutional review.

WILL it be right to say the core agenda of President Muhammadu Buhari, especially the anti-graft war has been defeated, given recent developments both in the executive and the legislature arms of government?

In one area, you can say that his reputation has carried him a little bit on the problem of corruption. I am saying that before our own eyes, the people around him are systematically dismantling all that he has achieved in terms of the struggle against corruption.Besides, I have been saying it since 2015. If Buhari has to be given any kudos, the commendation must be sliced into one half and the other half has to go to the person whom he was lucky to have appointed as the head of the Economic and financial Crime Commission (EFCC), Ibrahim Magu. I do not believe that Magu is an angel but clearly, in his handling of the vital war against corruption, he certainly acquitted himself.

Do you think that the seeming overbearing action of the non-appointees tend to undermine the mandate of the National Assembly?

It does. You can summon somebody to come and answer questions from the society at large. In fact, sometime you can invite a foreigner, including diplomats, who have diplomatic immunity but that is not the issue. The issue is that in trying to exercise the powers of superintending on any aspect of governance, you may have to either enact a law or invoke am existing law so as to make sure that what you want done is done.

The National Assembly has made many resolutions through investigations, with most of the reports unattended to. Do you think it is all about of integrity or the manner they went about the investigations?

I think it is both. There is nothing to write about the integrity of the ninth National Assembly. Beginning from 1999 till date, there is nothing to write home about the legislature. Besides, where in fact they pretended to want to invoke or use their powers, it is where they have taken bribes or been involved in things that are against national interest. This kind of people can never guarantee our national interest; whether they go about it the right way or the wrong way is not the issue. The point is that, they have never intended to do the right thing. Some of the revelations coming out from the NDDC are mind-boggling. I do not know any country in the world whether a dictatorship or democracy that can withstand that; they pretend to be moving ahead as if nothing has happened. I’m not inventing what I’m saying; it is there in the public domain. We have a situation, where a minister allegedly committed an offence and he is saying he wants to get rid of somebody, I do not know if he has the power or if he doesn’t. Anyway, at the end of the day, that person who was being pushed aside, made a startling revelation that the minister allegedly wanted to assault her sexually. She said that was why they were having problems and all the noise. Nobody has come to ask: where are the tens of billions which have been allocated to the NDDC and what has happened to them?What of the recent ones in which the Interim Management Committee has kept for themselves to fight coronavirus? I do not know if the responsibility of the NDDC includes fighting coronavirus even from members of staff of that organisation. You can see why we are in a mess. We are not going to have a responsible democracy which is properly run according to the rule of law unless we have members of the National Assembly who can carry out proper oversight of all areas of the government, including areas that concern them.

The Northern Elders Forum (NEF) recently asked the National Assembly to suspend a tour of the geopolitical zones for memoranda on constitution review and the Yoruba Summit Group wants a referendum ahead of 2023. What are your views on these issues?

The chairman of the constitution review committee has his own ambition. He was put there because he is not the kind of person who will challenge the executive branch. His (Senate President’s) own tenure, no matter how long it last, will never see anything called an attempt to hold the executive in check. They have no intention of doing that; he has no intention of doing that.

Again, if you check the constitution, there is no provision for what you call a referendum. I am not sure of one. Whether you want a referendum for good or for bad; whether you want it for politics or out of mischief, you cannot simply use it (referendum) to smuggle what has just been provided for in the constitution.Also, all this waste of time, either constitutional conference or whatever, we have had one under Babangida; one under Abacha; we had one under Abdulsalami and one under President GoodluckJonathan. These were nothing but pure waste of time. They were nothing but talking shops; if you look at the substance of what was supposed to be discussed and what discussed, it had nothing to do with the problems of this country

Yes nothing! I was a participant in the 2014. Let me tell you, it solved nothing. And my challenge to those who are looking for referendum or excuses, of course, now they have a concert in the President of the Senate, who wants to take us through another merry-go-round like what happened under military rule. We have to be told that the problems of this country: poverty, economic mismanagement, corruption, insecurity, which of them is the national conference or the referendum going to solve? I want to be told. None obviously! I’m not saying there is no problem with the constitution; if indeed it is the intention to simply amend it for better governance. I am not amenable with tinkering with the constitution, No!

It is the operators of the constitution that are the problem and that goes back to what I was said awhile ago; that we have the wrong people, who are either illiterate or whatever. I understand that the deputy president of the Senate, Ovie Omo-Agege is the one to preside over the gathering of memoranda at public fora. Since the beginning of this 1999 Constitution, given the way our judiciary behave, can you bet your last kobo on it? I won’t! And I have nothing but contempt for the judiciary. Let me add that even if this country was, by some miracles, to be a better country and better democracy, with the kind of judiciary from top to bottom, nothing will be seen in terms of improvement.