Agriculture
By Nurudeen Alimi On Mar 2, 2021 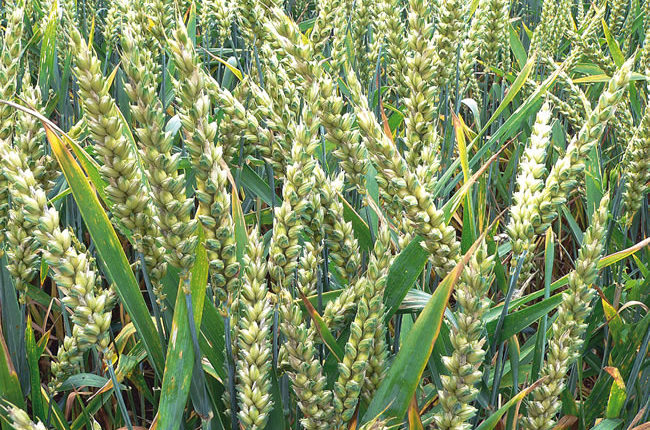 OLAM, an agribusiness and food conglomerate, has taken a bold step to raise the level of agricultural productivity in Nigeria.

At the National Wheat Farmers Field Day held in Kano recently, the agribusiness conglomerate revealed that over 30,000 farmers have been trained and equipped through a joint effort of one of its strategic business units – Crown Flour Mill (CFM), Flour Miller’s Association of Nigeria (FMAN) and the Federal Government; in a bid to deepen the national agricultural extension scheme, especially in the wheat segment.

Mr. Ashish Pande, stated that as a member of FMAN, Crown Flour Mill is committed to improving wheat production, through adequate financing and research in the country.

He added that the agribusiness conglomerate’s wheat development effort has led to the execution of several well-coordinated capacity building initiatives which include bringing local wheat farmers up to speed with innovative wheat farming practices.

Pande explained, “We wish to get new technologies in Nigeria to further build on the wheat initiative. We look forward to partnering with organisations across the wheat value chain to improve farmers’ yields through high-quality seeds, expanded extension services and improved access to irrigation.”

Nanono said the federal government is targeting 70,000 workers, adding that 30,000 of them had completed the training that is designed to expose them to modern farming techniques, fertiliser and chemical application.

According to him, the agricultural development effort would encourage the development of small-scale wheat processing mills to make wheat flour and other wheat products available in the market. He explained that encouraging wheat production and processing would go a long way to boosting food security and economic growth.

Also speaking at the event, Chairman, Wheat Farmers Association of Nigeria (WFAN), Alhaji Salihu Muhammad, stated that the developmental drive of the association has introduced the Durum wheat variety, one of the most cultivated varieties of the crop, and engaged the services of experienced seed scientiststo accelerate wheat production in the country.

He further called for the inclusion of wheat farmers in the Federal Government’s Anchor Borrower Programme (APB) because the exclusion of their 200,000 registered members has negatively affected wheat production in the country.

In his remark, Nasiru Gawuna, the Kano State Deputy Governor, said the state government had concluded plans to establish additional water bodies and upgrade existing dams to encourage wheat cultivation and other irrigation activities.Gawuna said the government had embarked on the rehabilitation and desalting of Watari dam and upgrade of irrigation schemes in Bagwai LGA.

While reiterating the government’s commitment to supporting farmers, Gawuna urged the farmers to utilize the inputs distributed to them to improve their productivity.

Apart from contributing immensely to training the 30,000 farmers, CFM and other members of FMAN have provided support to 800 farmers in Kano, Kebbi and Jigawa States. The farmers were provided with improved seeds variety, fertilisers, chemicals and 50 threshers under a soft loan scheme designed to enhance farmer access to inputs and extension services.

It would be recalled that the miller’s association also recently collaborated with Oxfam and the Agricultural Research Institutes to establish wheat farming service centers in 15 LGAs in the Northern wheat-growing states.

Nigeria is in dire need of aggressive national action at this present time to ensure her growing population is well nourished as the world food system continues to contract due to the impact of the ongoing pandemic.

Agnes Kalibata, the special envoy to the UN secretary-general put the global food crisis in sharp perspective at the food systems summit 2021 when she said, “Food systems have contracted, because of Covid-19. Food has become more expensive and, in some places, out of reach for people. Food is looking more challenging this year than last year.”

While headline inflation in Nigeria reached 15% recently, rice, a popular grain in Nigerian dining, became inaccessible and expensive. To overcome the price pressure and scarcity of the grain food on the retail shelves, retailers pivoted to stocking and selling semolina and other wheat-based food products like pasta

Wheat is a popular ingredient in Nigerian households, and it is critical to feeding the over 200 million strong national population.

Wheat is milled into flour which is then used to make staple foods such as Semolina, noodles, bread and biscuits. These staple foods are eaten by a larger portion of the population.

However, with 420,000 tons of wheat produced in Nigeria in 2020, according to data by the Federal Ministry of Agriculture and Rural Development, the country is still far from reducing the huge gap between its wheat production and national consumption demand levels of about 5 million metric tons annually. Therefore, the present coordinated actions and growing achievements of CFM and other millers within FMAN, the Federal Government, and the state governments are steps in the right direction.

The increasing population growth and urbanization of Nigeria demand an aggressive wheat value chain extension programme. Presently growing at 3.2 per cent a year, the country population is projected to reach the 400 million mark by 2050 according to the US Census Bureau. The wheat value chain must be expanded to cater to this growing population since wheat-based foods have become a convenient recourse for most households.

KPMG, a global consulting firm, captured the overriding importance of expanding the wheat value chain succinctly. It wrote in one of its recent research publications that “With the increasing demand for wheat products (flour and flour-based foods), wheat has arguably become one of the most important agricultural commodities in need of accelerated local production”.

The efforts of all stakeholders including CFM, the miller’s association, the WFAN, and the state and Federal Government, all taking proactive action towards boosting national food security is most definitely applaudable.

Prices of food items rise in Kano, Abuja, Lagos, others