Can aspirin keep pregnancy problems away! 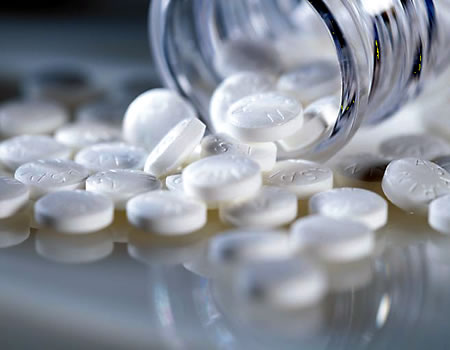 Something as simple as taking a low-dose aspirin every day, experts say in this report by SADE OGUNTOLA, may protect pregnant women from the life-threatening condition known as preeclampsia, which can cause premature birth and in extreme cases, maternal and fetal death.

Generally, daily low-dose aspirin is prescribed to people recovering from a heart attack or stroke. But taking low-dose aspirin daily can also help to prevent preeclampsia in pregnant women and improve the outcome for both mother and child.

Preeclampsia is a potentially serious complication that involves a sudden increase in blood pressure and protein in the urine, which can occur after the 20th week of pregnancy. A small amount of daily aspirin, it turns out, can significantly cut the risk of developing preeclampsia in pregnancy.

It’s currently recommended for many pregnant women by two influential groups — the American College of Obstetricians and Gynecologists and the U.S. Preventive Services Task Force, an independent panel of experts commissioned by the Federal Government.

They encourage pregnant women who are at high risk of the condition to take 81 milligrammes of aspirin per day, starting at 12 to 28 weeks of pregnancy and continue to about 32 to 34 weeks maximum.

In a review, experts say that daily low-dose aspirin use reduced the risk of preterm birth by 14 per cent, slow growth in the unborn baby by 20 per cent and a 24 per cent reduction in the overall risk of preeclampsia.

Research shows that aspirin is most effective at bedtime when compared to the morning, afternoon, and evening dose times.

According to Dr Olusoji Jagun, consultant obstetrics and gynaecologist at the Olabisi Onabanjo University Teaching Hospital (OOUTH), Sagamu, Ogun State, daily  intake of low-aspirin is just precautionarily to keep the flow of nutrients and oxygen to the baby and help it continue to thrive and grow.

The cause of preeclampsia in a pregnant woman is still unknown, but why it is dangerous to the unborn child and a killer of women is clear. Among other things, blood can’t flow easily to the mother’s kidneys or brain or womb.

It can also restrict the growth of the baby in the womb and raise the risk of premature birth. Telltale signs include a terrible headache and swollen hands and feet.

Even after having a baby, women who have had preeclampsia are more likely to have other health challenges, including serious events like convulsions (eclampsia), heart attack, stroke and even development of chronic kidney disease later in life.

About one in 20 women develop preeclampsia during pregnancy, typically in the third trimester. According to the World Health Organisation (WHO), its incidence is seven times higher in developing countries than in developed countries. Without treatment, it can lead to life-threatening consequences for the mother and the baby.

It’s important to prevent preeclampsia because the only treatment once it takes hold is delivery, which can pose risks to the baby if performed before 34 weeks of pregnancy.

Over the years, studies reveal that there is variation in its incidence and prevalence of preeclampsia. In the short term, it can lead to a potentially life-threatening condition known as eclampsia, where high blood pressure results in seizures.

In Nigeria, the incidence of eclampsia lies in the range of 0.3 per 1000 deliveries in Calabar (Cross River State) to as high as 9 per 100 deliveries in Birnin Kudu (Jigawa State).

In fact, knowledge of preeclampsia and eclampsia are limited amongst communities. A 2016 study conducted in four (Ogijo, Yewa South, Imeko-Afon and Remo North) local government areas of Ogun State indicated that many perceived that pre-eclampsia as a stress-induced condition, while eclampsia was perceived as a product of prolonged exposure to cold.

According to the study published in the journal BMC, such stress-induced conditions include marital conflict and financial worries. And there seemed to be no traditional treatment for hypertension. However, for seizures the use of herbs, concoctions, incisions, and topical application of black soap was widespread.

Dr Jagun declared that high blood pressure in pregnancy is not something that should be handled trivially as it remains a major cause of death in pregnancy.

Nonetheless, Dr Jagun said that daily intake of low aspirin is protective from preeclampsia, particularly in women that have a higher risk for the condition such as any woman pregnant with twins or triplets, or who has diabetes or hypertension, or who has had preeclampsia before.

Beyond that group of “high risk” characteristics, pregnant women with moderate risk factors for preeclampsia include those being pregnant with a first baby, or being obese, or over 35, or African American. Also, women with their first pregnancy from another man stands a higher risk of developing preeclampsia.

Now, this is not like taking aspirin for pain relief that requires a much higher dose, usually 325 mg per pill, and one or two pills every four to six hours. In contrast, low-dose aspirin tablets are about 81 mg. They’re usually cheap and can be bought over the counter at the pharmacy.

Although any medicine can have side effects, Dr Jagun assured that daily intake of low-dose aspirin is safe also for the baby that is still inside the womb.

But, women that react to aspirin, he said are not supposed to use this medicine even if they have a higher risk of developing preeclampsia.

However, as with all drugs, women should talk to their doctor about the use of aspirin in pregnancy before taking up this regimen, because aspirin does increase the risk for bleeding.

The Prenatal Aspirin Project, an initiative at Boston Medical Centre, USA, to create an increase in use of aspirin to stop preeclampsia added : “Things that people worry about — such as bleeding in pregnancy or something called placental abruption, which is early separation of the placenta — have not shown to be increased in women on low-dose aspirin.”

Moreover, Dr Jagun added that increased intake of calcium and magnesium supplements and marine fish oil may be helpful in preventing preeclampsia in some women.

In addition, he encourages women to maintain a healthy weight by eating a well-balanced diet, exercise regularly, limit alcohol consumption and avoid smoking.

Of course, even after having baby, a woman who has had preeclampsia is more likely to have cardiovascular issues, including serious events like a heart attack or stroke later in life.

Now, new research published in the journal Neurology suggests women with a history of preeclampsia might lower their stroke risk by taking regular doses of aspirin.

They had found that the women under the age of 60 with a history of preeclampsia were less likely to have a stroke if they were regular aspirin users.

The study had assessed data collected from 84,000 women enrolled in the California Teachers Study. Approximately 4,000 of those women had a history of preeclampsia.

Among women under the age of 60, those with a history of preeclampsia who were regular aspirin users had the same risk of stroke as women who never had preeclampsia.

In comparison, the risk of stroke was 50 per cent higher for women with a history of preeclampsia who weren’t regular aspirin users.

Telling a tale of 2 twisted sisters

The policeman and the doctor – What is common to both