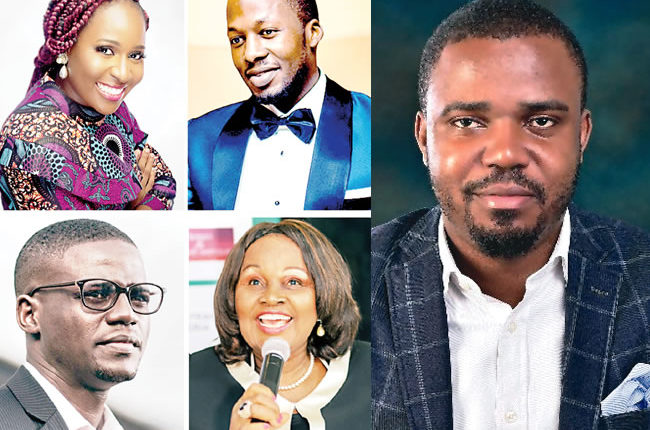 BELIEFS are powerful; they shape perspective and define behaviours. Beliefs either enhance or vitiate life. What we believe either strengthens our resolve or weakens it. Beliefs determine actions and inactions. The fundamental difference between the successful and those who are not is in their belief systems. Hence, the appropriateness of Henry Ford’s assertion that whether you think you can or you think you can’t you are right.

For over 4,000 years, it was believed that no human being could complete the one-mile race under four minutes. Many people had taken tiger milk and other performance-enhancing drinks and food but the harder they tried, the more they failed. But Roger Bannister, then an Oxford University medical student, who missed a medal at the 1952 Olympics in the 1500 meters race, made up his mind to be the first human being to complete the race under four minutes. He set to work and achieved the feat on May 6, 1954, finishing the race in three minutes and 59.4 seconds. Bannister’s achievement changed many people’s belief about the race to the extent that in less than two months after the feat, two other people were able to complete the race in less than four minutes. Since then, thousands of athletes have been able to complete the race even faster than Bannister did. This was something nearly everyone had believed was impossible for thousands of years.

So, beliefs determine performance. It is as a result of this that great leaders have a set of beliefs that spurs them to success.

They believe they are responsible for whatever happens to them

Successful people take charge of their lives; they don’t leave their affairs to chances. Their dictum is not what is going to be is going to be; it is if it will be it is up to me. They know that nothing turns up until someone turns it up. They know that for their situation to change, they have to change. They do not put themselves at anyone’s mercy, they create the kind of life they want for themselves. They do not cede the right to anyone to determine how their lives will turn out, they take charge. They do not allow anyone to spoil their mood, they take control of their mood. They do not allow any circumstance to hold them down; they take charge and become masters over situations and circumstances. They know that they are primarily responsible for what happens to them, so they take full responsibility for what they permit in their lives.

Many people are held down because they go about looking for who to blame for what is happening in their lives. For as long as they travel that route, they are unable to take the required steps that will steer them away from that course so they go deeper and further into the mess. That is how problems compound and become intractable. But successful people do not allow that to happen to them. They take charge of their lives and steer the wheel of their lives in the direction they want.

A young man went to an elderly man who had a reputation for great wisdom with the sole aim of denting his claim to wisdom. The young man was holding a bird in his hands. When he got to him, he asked the old man to say whether the bird in his hand was dead or alive. The old man knew that if he said the bird was alive, he would kill it and if he said it was dead, he would free it. So, he told the young man, “It is in your hands. Whether the bird will live or die is in your hands.”

Successful people know that their destiny is in their hands, so they take charge of it.

They believe there is always a way out

Successful people never believe that anything is impossible. Their firm belief is that there is always a way out of any labyrinth, and it is their responsibility to find it out. So, in time of serious challenges, they do not allow themselves to be overwhelmed. Those who get stuck in problems are those who are so intimidated by the difficulty that their thinking faculty becomes paralysed. Having fed their brains with so much lies about the situation, the brain, rather than work to proffer a solution, shuts down and returns a message of impossibility. So, they stay in the rut.

Leaders who believe that there is always a way out of a problem are driven by the belief that they are greater than the challenge they face. So, they keep working on the situation, trying to get a solution until they find the way out.

The truth about challenges is that they are structured to test our resolve. Anyone who has a weak resolve will capitulate to challenges but those with strong resolve are able to stand their ground until the solution is found.

They do not believe in making excuses

An excuse is an explanation for failing to effect a change or missing a target. It is a justification for why something is the way it is, and not the way it should be. More often than not, it involves putting the blame for not doing the expected on somebody else or an extraneous factor. An excuse is an alibi for shirking responsibility; it is a vehicle for unloading on another person’s doorstep what should have been on one’s shoulders. It is the chosen haven for those who have forsaken their paradise. Hence, those who make excuses hardly ever make anything else.

Successful people do not pick up an excuse even if they find one on the floor. They don’t use the poor state of the economy as an excuse for not getting their desired result; they succeed in spite of the poor economy. Successful people do not use the hostile environment as an excuse for non-performance; they strive to achieve their aim in spite of the environment. They do this because they know that while it is convenient to give excuses for not achieving set target, nobody can rise above the excuses they permit.

Toyin Subair’s indigenous pay television company, HItv, stormed the nation with a big bang when it was launched. It appeared poised to give Multichoice’s DStv a good fight. It actually almost edged the South African competitor out of the market, especially after getting the licence to broadcast the English Premier League (EPL) matches. But the company ran into a hitch after a while because of the difficulty it had with raising fund from banks to pay for the renewal of the EPL licence. The licence to broadcast EPL matches was eventually given to DStv, its competitor. With the loss of the licence, HItv went down. Subair’s excuse? The company had racked up debts and there were infightings among the shareholders. As a result of that, a promising company was allowed to go under.

But when DStv lost the EPL licence to HItv a few years earlier, rather than allow the company to die, what the management did was to introduce indigenous films and programmes to woo its Nigerian audience. That gave rise to Nollywood movies being broadcast for 24 hours daily on a DStv channel. But that one channel has now grown to almost 10 channels. Multichoice did not allow its failure to get the EPL licence to destroy its operation. Unlike the HItv leadership, the management did not rely on excuses to wreck the organization.

They believe failure is not final

While successful people see failure as a bend on the road and are motivated to follow the bend in the pursuit of their dream, unsuccessful ones see failure as the end of the road and give up. Successful people never give up on their dreams. If they don’t get what they want the first time, they keep trying until they achieve their hearts’ desire. If that aspect of their lives seems like a closed road, they go somewhere else. They never stop until they achieve their aim.

Al Gore had his eyes on the United States of America’s presidency and for 24 years he made steady progress towards the realization of that goal. He was a congressman representing Tennessee for eight years; he was later elected a senator representing Tennessee for eight years between 1985 and 1993 and served as President Bill Clinton’s vice president for another period of eight years from 1993 to 2000. He was nominated as the Democratic Party’s candidate in 2000 but lost the presidential election to George W. Bush in what is regarded as one of the closest presidential contests in history. So close was the election result that there was a dispute over a vote recount in Florida which was resolved by the Supreme Court 5-4 in favour of Bush.

Since Gore was determined to use public office to achieve public good, he did not allow the setback in his plan to define him, he moved on to other things and still achieved public good outside public office. After exiting the presidency, he moved into environmental advocacy, which had been his passion since his undergraduate years in Harvard. He established the Alliance for Climate Protection, which called the attention of the world to the reality of climate change and the danger of neglecting this. In 2006, he released a documentary titled, An Inconvenient Truth. He later wrote a book on the same theme. For his efforts in drawing attention to the grave danger posed by climate challenge, Gore was, in 2007, awarded the Nobel Prize (jointly with the Intergovernmental Panel on Climate Change). He also won a Grammy Award for Best Spoken Word Album in 2009 for the book version of An Inconvenient Truth. From being just a statesman, Gore moved on to become a global citizen and thought leader after his plan to lead his country as the president failed.

They don’t believe the system is against them

Many of the people who end up as failures are of the belief that the system in which they have found themselves is against them, which is why things don’t go well with them. Rather than take time to analyse the situation with a view to getting a solution, they resort to blame game; they blame everyone and everything in sight for their woes. But blaming others does not solve any problem. Problems become a thing of the past when the right strategy is deployed.

Bill Gates’ first attempt in business was not quite successful. Gates, in partnership with Paul Allen and Paul Gilbert, started Traf-O-Data in 1970, a company which read raw data from roadway traffic counters and used same to create reports for traffic engineers. While the business recorded modest success at the beginning, its fate was sealed when the State of Washington offered free traffic processing services to cities, thus putting an end to the need for private service providers. With that, the business was out of business. But instead of lamenting the government policy which put them out of business, Gates and Allen moved to something else. They used the demise of Traf-O-Data as the launching pad for Microsoft. Today, the whole world is better for it.

No man can be better or greater than his beliefs.