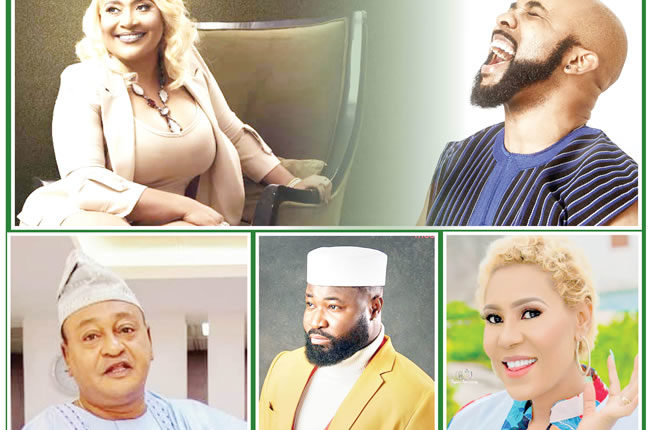 Nigeria’s 62nd Independence celebration does not seem to be on the cards for some Nigerian celebrities as interactions with them suggested that they are no longer expecting much from the current administration led by President Muhammadu Buhari.

Findings showed that as 2023 general election draws near, many celebrities, including those in the music and movie circles, have shifted their focus to the election with some of them even disclosing that it may be a make or break year for the country should the people fail to get it right again.

For some of them, if there is anything to celebrate about Nigeria at all, it is the growth and expansion of the entertainment industry in the last few years despite the challenges some of them have faced to ensure that they provide quality and timeless contents on every sphere of life that they represent.

It was mixed feelings for some of them who spoke with R about the feeling among entertainers as Nigeria celebrates another independent anniversary. They pointed at indices such as insecurity, poor economy, distrust between government and the people and poor condition of living for the average Nigerian.

Further checks also revealed that celebrities are currently divided ahead of the elections coming up next year with some of them confirming that they are only interested in who emerges the president of Nigeria next year rather than entertaining talks about the celebration.

Famous rapper and song writer, Olamide, also known as Baddo, told R in a chat that Nigerians should brace up for next year’s election and pray that we put the best man forward to get the job done. For him, the 62nd anniversary is just like any other day at work for him as he will be working on new music and video projects set for releasing by the end of the year.

Like Olamide, Alter Plate Music founder, Harrysong, also hinted that nothing excites him about Nigeria at the moment save the giant strides by Nigerian entertainers within and outside the country who are giving Nigerians hope and making the country proud in sports and music.

“I have tried to avoid this question about the anniversary because I don’t want to sound unpatriotic but the fact is that Nigerians deserve better than they are getting from the current leadership of this country. The government is already closing to the end of its eight-year tenure and we look forward to a new election that will inject new set of fresh mind that will pilot the affairs of the nation for another four years. Right now, my plea to Nigerians is to ensure they get their PVCs ready; we will be using that next year.”

In his reaction, veteran actor, Prince Jide Kosoko, held a different view, saying Nigerians should celebrate but not forget that the big task ahead is the 2023 elections, adding that it was not out of place to celebrate as a nation giving the myriads of challenges we have faced in the last five years. He noted that the people deserve to have the kind of celebration they desired because being alive is a blessing on its own and one must continue to appreciate the gift of living.

“I think we should not discourage people from celebrating despite the fact that we are not where we should be as a nation but we are making progress gradually. I am hopeful that Nigerians will get it right next year when we elect the man who could lead the country on the path it should go. For me, I will say everybody should go all out and vote for the man of their choice next year. That is the focus for some of us now. I pray we get it right this time,” he added. 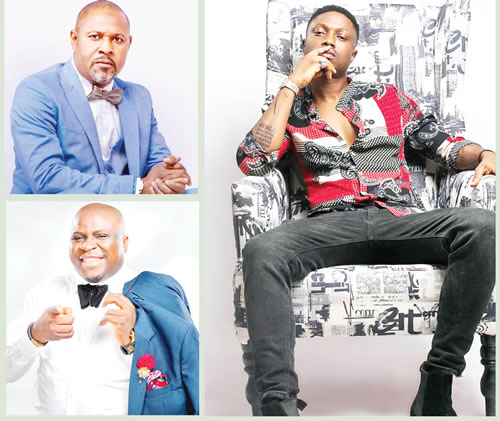 Amidst all the odds, singer-turned-politician, Bankole Wellington, otherwise known as Banky W urged Nigerians not to give up, stressing that though it won’t be an easy task to rescue and rebuild Nigeria, it doesn’t mean it is not possible. “The only people who ever changed the world are the ones crazy enough to believe they can. Against all odds, we can and will rescue and rebuild Nigeria if we do it together.”

We should celebrate and get ready to get things right – GbengaAdeyinka

Popular comedian, GbengaAdeyinka urged Nigerians to remain hopeful and happy despite the problems confronting the country. According to him, “we have a reason to celebrate because many nations of the world are worse off than we are but we are alive. There is always a need to celebrate and vote right in the next election so that those who really know the work will do the work, not those who ask us to trust them because they believe we should like them. For the entertainment industry, we have every reason to celebrate because if not for the entertainment industry, things would have been worse for this country.”

It is time to get Nigerians ready- Shan George

I am one of those who would practically drag everyone out on that day, to get out there and vote because that’s all that matters at the moment if we still want to have a country of our own. We will always have Independence anniversary celebration every year but election comes once in four years and the failure of one is a failure of all. We have to keep reminding Nigerians that they must get it right. I think the media should also put out this information and create more awareness about why it is important for Nigerians to vote and vote right. That is my message to Nigerians as they celebrate the anniversary of our independence.”

We should be happy for our country- Vector

We as a people should be happy for our country and wish for the best always. The best gift we can give ourselves right now is to get ready to exercise our rights at the poll next year. Nigeria does not look really good at the moment but we have to change our mindset by giving the best we have to the rest of us.”

We should celebrate and be prepared for 2023- Saheed Balogun

Nigeria is sitting on a time bomb and we must admit this as we move into election year. I think we have the right to celebrate but we should not lose focus on the bigger picture which is the general election.