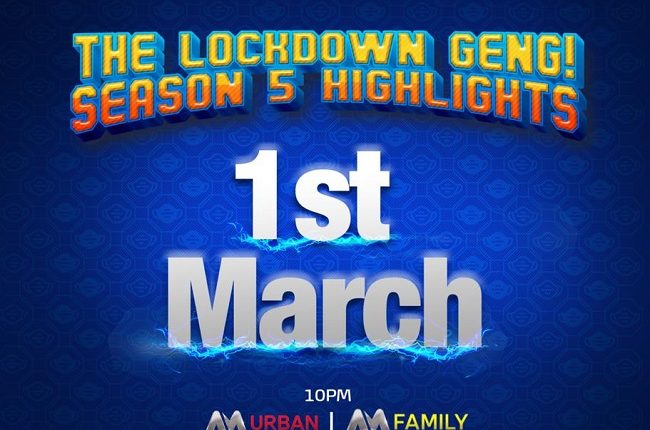 MultiChoice Nigeria is set to air highlights from BBNaija season 5 from Monday,  March 1 till Friday, March 26,  2021, on its Africa Magic Urban and Family and GOtv channel 2 platforms at 10 pm daily.

BBNaija lovers will have another opportunity to relive some of the best moments of the BBNaija Lockdown edition, six months after the epic grand finale which saw Olamilekan ‘Laycon’ Agbeleshe emerge as the winner. The highlights episodes will also get fans primed and excited for the upcoming reunion show of the season.

BBNaija continues to be a TV phenomenon in Nigeria and across Africa. The Lockdown edition set the record for the number of votes cast with 900 million votes recorded during the show and over 60 billion impressions on digital. The edition also broke the Showmax live-streaming record, becoming the most-watched live entertainment content ever on the streaming service.

Fans of the reality TV show will enjoy up to 40 episodes, containing their favourite and most memorable moments from the Lockdown edition.

“Please do not talk to my father. He is yet to come to terms with the death of his son. It is a most tragic experience. How does one quantify the loss of a dear brother? My brother was killed like an animal by two herdsmen. His offence was that he asked them to drive their cows off his already cultivated farmland,” Bisi Olaosepin, whose brother was hacked to death, struggled to hold back his tears as he relayed to Sunday Tribune the horrible experience that culminated in the passage of his brother…BBNaija ‘Lockdown’ edition back on air March 1