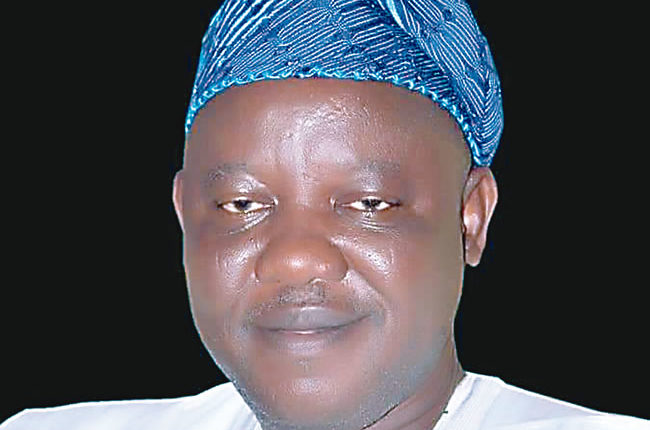 The Peoples Democratic Party (PDP) chairman in Ogbomoso North Local Government Area, Honourable George Ogunlade, speaks with SUNDAY ADEPOJU on the chances of the party in Ogbomoso and Oyo state at large as 2023 elections approach, dwelling on the sterling performance of Governor Seyi Makinde and other political issues.

How was the struggle that brought incumbent Governor Seyi Makinde to power as well as the consequent defections into the PDP?

Before the 2019 general election, we knew the strength of the Peoples Democratic Party (PDP) in Ogbomoso zone. We thank God because after the victory of Engineer Seyi Makinde on the March 9, 2019 governorship election, coupled with great job done by the governor, a lot of politicians were encouraged and enticed to join the PDP. Since his government began, we have received so many politicians and even individuals who have never been involved in politics. It has been a recurrent expression that ‘the performance of Governor Makinde enticed us.’ We have had about nine sets of defectors and massive supporters. Some of them include: Chief Akinwole Akinwale (Wolekanle), Mr Femi Onireti, Dr Paul Ajagbe Onirese, Honourable Ezekiel Oyedepo and Mr Paul Ajadi. I can authoritatively say that if we go to the poll tomorrow, PDP will deliver Ogbomoso land and even the state at large.

I’m saying this because in all the local government areas in Ogbomoso zone, we have been receiving defectors and this is a clear indication that PDP remains the party to beat, come 2023. In Surulere, recently, a number of defectors joined the PDP from the APC and other parties. The same thing happened in Ogo-Oluwa, Ogbomos South, and Oriire council areas. So, in Ogbomoso of today, if anybody is bragging  otherwise, it is a sheer time-wasting effort that cannot materialise because by God’s grace, Ogbomoso will vote massively for the PDP.

In the APC, the two main tendencies: the Otunba Adebayo Alao-Akala group and another camp have harmonised to present caretaker committees. Don’t you think that this will affect the performance of the PDP in future elections?

By the grace of God, their marriage does not, in any way, create any fear in us. Don’t forget that they were together when we had the 2019 governorship election in the state. They all worked for Adebayo Adelabu and lost to our amiable Governor Seyi Makinde in the state, and in Ogbomoso, we went bumper-to-bumper. Now that Seyi Makinde has become governor, we are receiving defectors from the APC into our party. Their (APC members’) unity will only end in deadlock.

At this critical period that some PDP stakeholders and members have some grievances, what is your message for the party in the zone?

I speak as the chairman of all the local government chairmen in the zone. For the PDP, we thank our leaders for their leadership. Those of us at the grassroots are working for the development of the party and our leaders, on their own, are not leaving any stone unturned. But, I still want to charge our leaders not to relent. They should be united because united we stand, divided we fall. For our teeming members in the zone and beyond, I want to congratulate them. Before we won the governorship election for our governor, some politicians and individuals in Ogbomoso had looked down on us. So, we should try and manage our success. That so many people have left the APC is an indication that the party is dead in Ogbomoso and that their recent harmonisation is dead on arrival. Despite that, we must not  relent because politics is a game of number. All other parties will have to queue behind us.

The reconciliation committee, headed by Dr Saka Adegbite Balogun, has submitted its report to the governor. What is your message for the aggrieved PDP tendencies?

We thank our governor on the reconciliation. He wants the party to grow; he wants a united party. I want to appeal to all the aggrieved party leaders and followers to bear with us as all the outstanding issues will be resolved. We should not throw away the baby with the bath water. We must not give the APC chance again. Our leaders and members should not forget that we have been out of government for eight years or 12 years, as the case may be. We should be wary because no one is perfect. We should all manage our differences.

What do you have to say about the Akala factor in Ogbomoso, especially now that the ex-governor will not contest, with the belief that his support for any APC governorship candidate will affect PDP in the zone and the state at large?

The grace that Otunba Alao-Akala has is that he was a governor. The people saw what he did and that is why he has some popularity among the people. Now that he is not going to contest, the people of Ogbomoso will have to choose a governor that will make life bearable for them. And that is what we have found in Governor Makinde. Nobody can enclose the people in a bottle expecting that they will sheepishly follow him. No, everybody is free to do whatever they like. APC will field its candidate and we will field ours. It is a truism that PDP’s government always makes life better for people. We don’t have any fear and we are second to none.  We will deliver. I don’t dispute that Otunba Alao-Akala did well. The government of the day is setting good records in the history of our dear state. Is it on salaries of workers, free education, infrastructural development? I advise all to support Makinde.