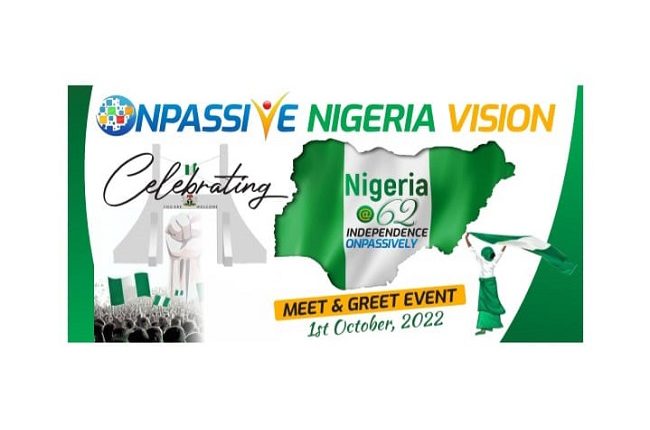 An Information Technology (IT) company, ONPASSIVE is set to launch an Artificial Intelligence-driven ecosystem programmed to create jobs and solve problems in Nigeria.

One of the founding members of the company in Nigeria, Mr Mojeed Adetunji, told journalists during the company’s meet and greet programme held in Ibadan, the Oyo State capital at the weekend.

Adetunji said that ONPASSIVE was an extraordinary company which has unlimited targets in job creation and problem-solving skills.

He said that ONPASSIVE has more than 50 portfolios in its ecosystem and each portfolio contained more than two to three products.

“In ONPASSIVE AI technology company, we have more than 50 portfolios. One portfolio contains more than two to three products.

“If you come to ONPASSIVE, you can come as a Founding Member. After this position, you are going to be what we call a reseller. That reseller aspect of it will benefit the youths among us.

“Unemployment will be reduced because we have a lot of products here that will solve many things so that we can boost our economy,” he said.

Adetunji said that the company avails every new entrant the opportunity to choose any product from which he or she intended to benefit.

“For example, we have O-Tracker. With this O-Tracker, you can connect it to your business. The tracker will tell you when your business is growing, and when it is not growing and it will fix it for you.

Some of the participants in the programme expressed optimism that ONPASSIVE will change the narratives across the globe.

A stakeholder in the company, Mrs Zainab Al-Kangiwa, said ONPASSIVE had actually come to change the narratives of everyone across the globe.

“You will understand that up till now, a lot of applications are coming up. You will see zoom, Facebook and Google. ONPASSIVE has all these products and AI is going to run them for us.

“When it came, I was like what is this about? But when I got into the depth of it, I saw the CEO has actually come to change the narratives of everyone in the world,” she said.

Another stakeholder, Alhaji Sulaimon Badmus, said that ONPASSIVE had shown there was a brighter future in it, adding people would have enough opportunity in it when unveiled.

“It gives me rest of mind that the future is holding something very tangible for me.

“Very soon we are going to launch and after we launch, everybody will have enough opportunity in it,” he said.

Nigerians have expressed excitement over the disruptive and revolutionary nature of ONPASSIVE products which would greatly impact the various sectors of the business world.