A House in The Sky 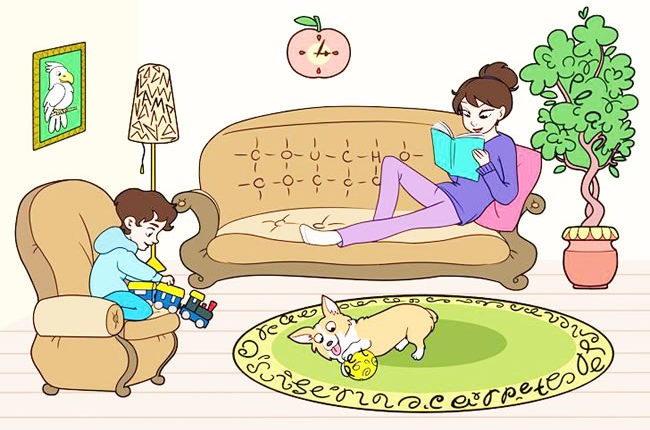 Once upon a time there lived a poor man, Abhilas by name. He was clever and often made jokes at rich people and even at the chief. So they did not like him and wanted to kill him. Once the chief sent for Abhilas and he came to the chief’s house.

“I hear that you are very clever, Abhilas! Can you build me a house in the sky in three days? You may have as many men as you need. If you can’t do that my soldiers will kill you.”

“I shall build it, my Chief,” said Abhilas and went home.

He began to think. Then he made a kite and tied a bell and a long sting to it.

When the wind blew, the kite rose high up in the air.

But it did not fly far, because Abhilas tied the string to a tree. The next day all the people of the town heard the bell and saw a dark spot in the sky. The chief saw the spot, too. Abhilas came up to the chief and said” oh, my Chief, the house in the sky will soon be ready. Do you hear the bell? The workers are ringing the bell from the sky. They need some boards for the roof of the house. Please tell your soldiers to climb up to the sky with the boards.”

“But how will my soldiers climb up to the sky?” asked the chief.

So the chief ordered his soldiers to get some boards and to follow Abhilas. They came to the tree and saw the string there. “This is the way to the sky,” Abhilas said.

“Climb up the string and you will come to the sky.”

The soldiers tried to climb up the string, but could not do that. “Try again, try again! Our Chief will be very angry if you don’t carry the boards up to his house in the sky!” said Abhilas.

Then the soldiers went to the chief and said, “Oh, Chief, no man can climb up to the sky!”

The chief thought a little and said, “That’s right. Nobody can do that.”

Then Abhilas said to the chief, “Oh, my Chief, if you know that, why do you ask me to build you a house in the sky?”

And the chief could give no answer to that. Abhilas went to the tree, cut the string and took away the kite.

My husband is not the father of the child in our marriage, woman tells court

‘My wife chased me out of the house with cutlass, attempted to stab me with broken bottle’