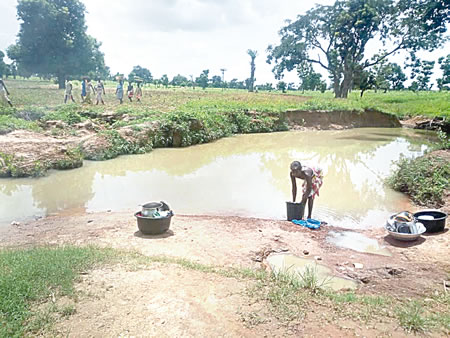 A 22-year-old, Yusuf Abdullahi, drowned while bathing in a pond at Danhassan, in Kura Local Government Area of Kano State.

Malam Saidu Mohammed, the Public Relations Officer, Kano State Fire Service, made this known in a statement made available to newsmen in Kano on Sunday.

“We received a distress call on Sunday afternoon from one Malam Sadi Ibrahim, at about 03:31 p.m., that Abdullahi’s body was found floating in a pond.

ALSO READ: CAN calls for action to stop Kaduna killings

“On receiving the information, we quickly sent our rescue team to the scene at about 03:42 p.m.

“He was brought out and handed over to the village head of Garin Kaya, Alhaji Aminu,” he said.

He said that the cause of death was still under investigation.