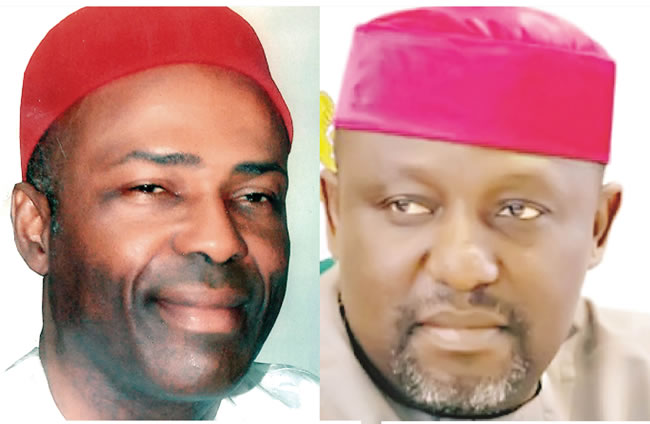 THE agitation for a president of an Igbo extraction has again come to the front burner of political discourse in the media as politicians, especially political office seekers, have begun to strategise and scheme ahead of the 2023 general election. JUDE OSSAI examines the quest by the people of the South-East geopolitical zone for justice as they contend that it is high time they produced someone to rule the country, having not occupied the exalted seat since the collapse of the First Republic.

For the majority of the Ndigbo who occupy the South-East zone, allowing them to produce President Muhammadu Buhari’s successor will soothe their frayed nerves as they argue that it is the perceived marginalisation against the zone by successive regimes that had led to the agitation for an independent state out of the present-day Nigeria by the Indigenous People of Biafra (IPOB), Movement for Actualisation for Sovereign State of Biafra (MASSOB) and other pro-Biafra groups.

The reactionary elements in Igbo land do not share the view of Igbo presidency project per-se as they insist that an Igbo president without restructuring is of no consequential value to the ordinary man on the street.

The secretary of the Eastern Consultative Assembly (ECA), Elliot Ugochukwu-Uko, is in the league of those who believe that what the Ndigbo and indeed the entire country want now is restructuring, noting that despite its unpopularity, restructuring remains the only road to peace and salvation.

Ugochukwu-Uko, who is also the founder of Igbo Youth Movement (IYM), told Sunday Tribune that the constitutional amendment exercise embarked upon by the National Assembly, aside serving as a conduit to siphon scarce natural resources, will not, in all sincerity, serve any useful purpose whatsoever.

According to him, “the unitary 1999 Constitution ought to be discarded and be replaced with a people’s constitution. The confidence of the people needs to be restored in our constitution, and this is when the people take part in the making of the constitution. The military crafted, superintended and supervised the 1999 unitary document that has proven deficient and faulty through practice.

He noted, “lovers of Nigeria believe that only a people’s constitution affirmed at a referendum can and will move Nigeria forward.

Accordingly, we agree with the Northern Elders’ Forum, that a gathering of committed patriots is needed at this time to begin the needful process of drawing up and designing a new people’s constitution that will replace the unitary military constitution of 1999. Such a people’s constituent assembly is actually long overdue.

He argued that addressing the fears of every constituent part of Nigeria cannot be effectively achieved by constitutional amendments by the national assembly. Nepotism and discrimination has clearly created and established a mindset of the oppressor and the oppressed in minds and souls of compatriots.

“The prospects are high with many aggressive and committed groups sprouting from every nook and cranny of the world where the Ndigbo live. This objective is also achievable if the agitators would continue to apply humility and articulate appeals on the Nigerian people of other ethnic extraction as they are doing today,” he added.

However, Ezike observed that, “those campaigning for this cause are not saying Igbo presidency but Nigerian president of South-East extraction. This Igbo cause cuts across other ethnic configurations or zones other than the Igbo ethnic nationality.”

For the Deputy National Publicity Secretary of Ohanaeze Ndigbo, Mazi Chuks Ibegbu, the Igbo presidency project is one whose time has come, adding that over the years, the Igbo have been shortchanged politically in Nigeria.

“This is the time for political reparation to them. The Nigeria project is rickety and unfair to the Ndigbo till date and it is only restructuring and the 2023 presidency to the Ndigbo that can heal it.

“The massive and regrettable anomalies in the system are the reasons why some people have stopped believing in Nigeria. Most especially, the reason they think Nigeria should break up. To this group, the pathological injustice in the land calls for breakup,” the Ohanaeze scribe noted.

Further checks show that the people of the South-East zone are already strategising with inputs from high and low strata in Igbo enclave towards the realisation of the Igbo presidency project.

The thinking in some Igbo cycles is that they should not tackle any Igbo person or politician that holds a different view concerning the presidency in 2023.

According to Kenneth Ofoma, a public affairs analyst, “We should not demonise anybody or party. If we have free radicals in the APC like Orji Uzor Kalu, Okorocha, Hope Uzodinma, etc, we should allow them to rough it up with the Tinubus of this world.

His words: “They have the financial power, contact, reach and ‘roforofo’’ value required to square up with those people. In the household of a great man, you normally have all manner of children-the good, bad and ugly, and they all have their value. We should understand where the likes of Hope Uzodinma and Orji Uzor Kalu are coming from. If the Northern and Western politicians say there is no zoning, then those who have what it takes to match them the Nigerian way should be encouraged and not vilified. Those who are preaching zoning should continue with their message and I’m sure it’s making an impact also, trying to prick the conscience of some Nigerians.”

“But, above all, we should know that if the North (Fulani) will support an Igbo presidential candidate, they will not support our first eleven. They will go for third eleven believing (rightly or wrongly) the person will not be of much value to the Ndigbo and that he or she will be malleable too.

“However, my position is that whoever is likely to enjoy the support of other Nigerians for a Nigerian president of Igbo extraction should also enjoy the support of the Ndigbo. If the person emerges the Ndigbo can rally round that person and ensure that the person succeeds, especially in addressing the core challenges that face Ndigbo in particular and Nigeria in general.

“If we cast our minds back to 1999, the power brokers supported Olusegun Obasanjo against Olu Falae for the above reasons, and it won’t change with the Ndigbo.

Already, a group of lawyers under the auspices of League of Igbo Youth Lawyers (LIYOLAW) has called on Nigerians to concede the presidency to the South-East in 2023, saying that Nigeria stood a better chance of preserving her corporate existence if the people of the region were given the opportunity to govern the country.

Rising from their meeting in Awka, Anambra State last week, the legal practitioners in a communiqué entitled: “Preserving Corporate Nigeria: Issues and Evaluation” which was issued by their president, Stanley Okafor, described the Igbo as community developers of every part of the country they found themselves, stressing “no other tribe was more genuinely committed to the Nigeria project than the Ndigbo.”

“Nigeria stood a better chance of preserving her corporate existence by engaging dialogue with restive youths and organisations as that would help in containing the deplorable security situation in the country’, the group noted.

Theo Ray, an evangelist and writer, based in Onitsha, Anambra State, in his view said, “Igbo presidency is a call for Ndigbo to fight out a political battle with the people of other parts of Nigeria, stressing that the body language of both Atiku Abubakar and Bola Tinubu indicates that they are highly desperate to be president in 2023.

“They have strong plans for it. How do we tame them to be able to have an Igbo president in 2023? First of all, we have to devise means to show that we are the best as highlighted earlier above. Second, we have to change our thinking towards politics and change our lifestyle to some extent. Politics is not a ludo game; it is a game of wisdom and knowledge that involves planning, machinery and strong outreach.

“The process of picking a candidate for Igbo presidency should not be allowed to be entangled by our style that gives room for unnecessary competition of ego. The candidates, both in the APC and the PDP, have to be selected based on merit. And the merit entails the followings: (a) one’s contributions to the development of Alaigbo as an individual (b) one’s close contact with the Ndigbo both at home and in diaspora (c) one’s capacity to reach out to other parts of Nigeria with knowledge of the North and South-West and with strong contacts (e) one’s ability to manage the government of Nigeria as Commander in Chief which entails managing people and the resources against being overwhelmed by corruption and other factors

As it is, the Catholic Bishop of Sokoto Diocese, His Lordship, Matthew Hassan Kukah, recently pushed the debate on Ndigbo’s presidency in 2023 further when in his paper entitled “Of Igbos, 2023 and ‘Politics of Moral Consequence,’ dwelt on Dr Chidi Amuta’s essay on the burning issue, advising the Igbo to “reconnect with their Yoruba and other educated elite, and replace the corrosive politics of ethnicity with the quality of mind that knows how to channel” diversity to greater and higher goals”