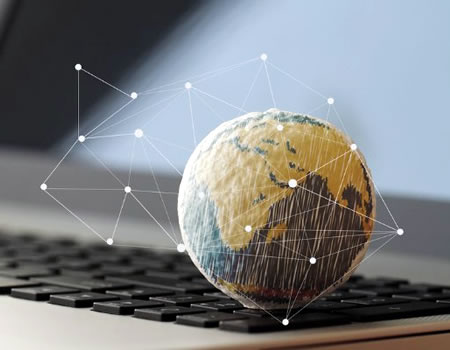 UNIVERSITIES are the only lens through which we see the future of the economy. The COVID-19 pandemic was a tough beginning of the year 2020, and one that has seen people word over affected by either loss of jobs, businesses, or an overall decline in economic activities. However, there has been incredible resilience from the world and a fight to keep the lights on, stay alive and safe despite the deadly pandemic. The pandemic has revealed amongst other things the state of inequalities, developmental differences, and most importantly the significance of having adequate resources and technological means at your disposal. As of today, records have it that there are over 29 million people affected by the pandemic, and over 900,000 dead. As the numbers go up, everyone has had to rethink ways of staying safe and conducting their daily activities by innovating and utilizing the resources available to them. The global pandemic has opened our eyes to new beginnings and new ways to live for men, women and children. It has re-emphasized the digital world and the fact that it is not only here to stay, but a fact and reality in today’s world. The digital world is key and such that no one can avoid if they want to live well, compete and stay relevant in the world today.

Today, the world has realized that it is possible to have live premiere football games without the fans present at the stadium. It is possible to have board meetings without members of the board there present. It is possible to have work interviews, oversee business operations, and school teaching without being physically present at the location. These revelations that have come as a result of the global pandemic has made people realize that their businesses and mode of operations have become obsolete and that there is a need to keep up with the changing times otherwise run at a risk of being obsolete, or even worse, hunger and death. In the world today, Man has evolved in such a way that there is no situation that isn’t fitted for the man to bear. No matter what the situation is, there has always been a way to overcome it and dictate the tune of the future so that the upcoming generation can live and put up with it.

Nigeria is a British colony that has seen 60 years of democracy. There has been 20 years of undisturbed democratic rule, and with only 20 years of democratic rule, it has become clear that the task at hand especially with respect to embracing the changing times and moving forward with the digital world would be a challenge for everyone. The world have advanced several years ahead due to the covid pandemic. This poses a challenge Nigeria must take seriously and conquer. There are more universities in Nigeria now than we had 20 years ago. There are more Nigerians eager to go to school and bear the cost in order to survive and compete in today’s world.How many universities stayed in session via online means during the pandemic? How many universities have the resources and technological means to show resilience during tough times as we have it today? There are so many universities in the country and more graduates in the country today than we had 20 years ago, yet how many universities are able to keep their lights on? The pandemic has revealed to Nigerians that there are universities that should either be well funded, merged with other bigger universities, or shut down. The status-quo is no longer the same. The era of paper and biro professors are over. It is all digital now, and in the face of every university teacher and student. Also,Nigerians should be concerned about the pedigree of their leaders and ability to handle tough situations effectively.

The world is changing and we must keep up. We must constantly defy the odds and rise up to the challenges at hand with confidence. Digitalization improves efficiency, consistency, and quality of their lives. Digitalization is integrative and facilitates a much better informational exchange. Digitalization helps make our lives better and enables us to save time and money. The time has come when the youths are no longer complacent or allow the status quo to remain. The youths must utilize optimum peaceful processes at protests and demonstrations for a better tomorrow. Americans involved in the black lives matter demonstrations kneel down with their arms up to pass their messages across to the government. The protests in Hong Kong, Thailand, India etc were made by the youths, and most students between ages 20 to 30. The youths must realize that people in government are people selected from amongst the Nigerian people to represent the best interest of Nigerians. The voice and stories from the most remote locations in the country must be told. This is the only way that the government would get a chance at becoming aware of the real status of things. This is made possible through digitalization.

Our safety, roads, hospitals, housing, markets, food, schools, universities, and other institutions can be improved and made better through digitalization. It is designed to make our lives better and economical, something Nigerians need. More importantly, we must insist that new investments in our tertiary institutions must not maintain old standards, but to react and reform in the face of the global challenge.

Iwu writes in via iwuhobinna@gmail.com