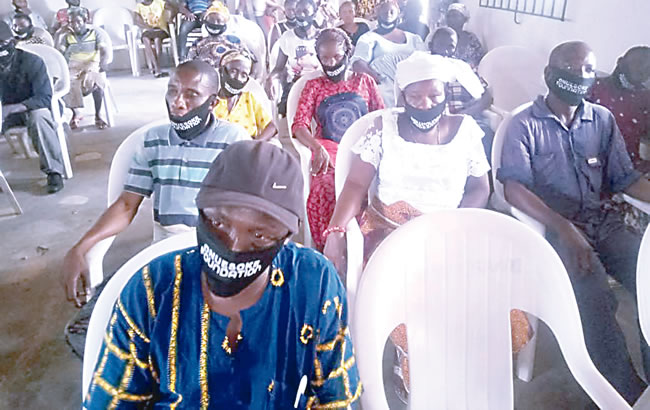 About 16,000 beneficiaries of the Federal Government Extended Special Public Works (ESPW) programme from Kwara State will earn almost N1 billion in the next three months.

Speaking at the official launch of the programme in Ilorin, the state chairman of the selection committee, Olusegun Oyewo said the beneficiaries which cut across the 16 local government areas of the state, would earn a monthly stipend of N20,000 each for three months.

Represented by his vice,  Ahmed Yusuf, Oyewo said, “The goal is to mitigate lack of job opportunities in rural areas with this three-month programme.”

He revealed the metrics used for the selection of the 16,000 beneficiaries.

According to him 46 per cent of the beneficiaries are female, 54 per cent male;  37 per cent graduates,  non-graduate 63 per cent.

“I am glad that while the committee aimed for 30 per cent female participation, we achieved 46 per cent. This percentage shows the value we have attached to the role our mothers and sisters play in our homes and society.

“For the next three months, each of you will earn N20,000 per month, totaling N60,000 each. I believe this amount would make an impact in mitigating the severe economic effects of the COVID-19 and unemployment.

In a remark, Minister of Information and Culture, Lai Mohammed said in due course government and the organised private sector might create or provide exit options for the beneficiaries.

The minister, who was represented by Mrs. Ibiyemi Abegunde added that the “Federal Government shall closely monitor the implementation of the programme to ascertain the efficient utilisation of every resource, human/material committed to the programme.”

Earlier acting Director-General of the National Directorate of Employment (NDE), Mallam Abubakar Fikpo, represented by Roseline Olawoyin, urged the participants to diligently execute their assigned tasks throughout the duration of the programme.