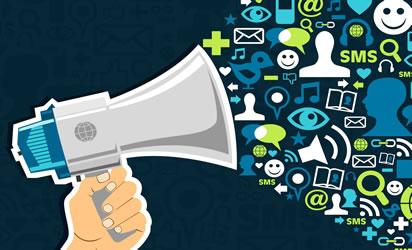 JUST like others in the different sectors of the nation’s economy, practitioners in the nation’s  integrated marketing communications space, are of the firm belief that the sector also had its own fair share of the ‘turbulence’ of  Year 2020.

The outgoing year, they argue, had been tough on their businesses and the multi-billion naira sector;  a development, attributable to the ravaging  Covid 19 pandemic, and declining fortunes of the nation’s oil at the global market.

But,  thorny as it was, they believe they year was not without its positives, too. One of such, they argue, is that   provided them the opportunity  to retool, reset and repackage  for greater exploits in the new year.

In an exclusive chat with Brands & Marketing, recently, the Chairman of the Lagos State Branch of the Nigerian Institute of Public Relations (NIPR), Mr. Segun McMedal would not agree less that the year had been ‘very tough and challenging’.

According to him, the advent of COVID 19 pandemic had drastically limited marketing activities in the year, a development that had also rubbed negatively on the different sub-sectors of the advertising industry.

The Lagos NIPR boss, however, called on practitioners to begin to explore the idea of merger and collaboration;  as a way of getting the industry back on its feet.

“I think the industry has had its fair share of 2020 challenges. But I think what we should be concerned with now is how to explore the merger options, moving forward. Agencies should be thinking of how to collaborate and explore each other’s strengths, instead of having an array of agencies, struggling to survive. Collaboration is done in other parts of the world, and I don’t think it should be a problem here,” he argued.

The President of the Outdoor Advertisers Association of Nigeria (OAAN), Mr. Emma Ajufo, also believes outdoor advertising had not fared well in the outgoing year.

He however argues that stakeholders in the sector are unrelenting in their efforts at charting a new course for the outdoor ad business in Nigeria.

“We believe  we need to constantly remind ourselves of those  present and modern day challenges  facing us as a sector. I assure you we are not resting on our oars, but exploring ways to surmount such challenges.

“One of such challenges is the need for information indicators to help connect the dots going forward and engage the challenges  more decisively,” the OAAN boss stated at one of the association’s events, recently.

For the Chairman, Troyka Group, Mr. Biodun Shobanjo, advertising practitioners would need to shape up to effectively address the dwindling fortune of the business.

Shobanjo argues  that it has become imperative for practitioners, desirous of being relevant,  to begin to leverage technology.

The advertising czar also counseled outdoor advertising practitioners on the need to  do  the ‘unusual’ by looking outside the state capitals for businesses.

“I think besides deploying technology, it has also become imperative for you to begin to look beyond state capitals for businesses. I notice that you do not have much presence outside the cities, but there are businesses for you in some of these  places you are ignoring. For instance, in some of these developed countries, the most impressive billboards are seen outside their major cities,” Shobanjo added.

2020 in retrospect: Nigerians groan as pandemic brings economy to its knees