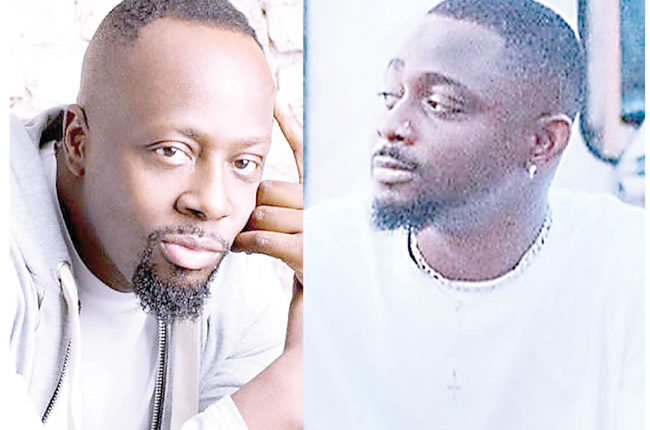 Nigerian Afropop singer, Sean Tizzle, may soon return to the limelight if plans by Haitian rapper and singer, Wyclef Jean comes to fruition. R gathered that Sean Tizzle and Jean may be collaborating on new musical projects as part of plans to put Tizzle’s career on the global map again.

Those who have followed the music career of Sean Tizzle over the years would agree that the singer has struggled to return to reckoning after rocking the industry for a number of years.

With many hit songs to his name, the Shole crooner’s efforts to force his way back into the hearts of lovers of his music have not yielded positive results and he was said to have been forced to keep a low profile while he plans his return.

While it is believed that the Nigerian music industry does not open its door twice to a one-time rave, Sean Tizzle appears to be finding his way back into the mainstream in a big way with the support of Jean, who declared his love for Tizzle’s music and would love to bring him back to the limelight.

Jean had shared a video of the afrobeat singer on his Twitter account days back asking his fans to help him link up with Tizzle. The tweet excited many Twitter users, especially Tizzle’s fans as they expressed joy over a possible return of their favourite music star to reckoning through one of the most celebrated music stars.

Jean, in his post wrote: “You know my D N A trace back to Nigeria and my soul tells me to find this kid, can you help me track him down!!!! @iamseantizzle”

Responding to Jean’s love and support, Tizzle described Jean as “a great father and great uncle.  The motivation is to keep working because man proposes but God disposes. Now this is a worldwide thing and I am grateful”.