Why I make ‘happy’ music —Millywine 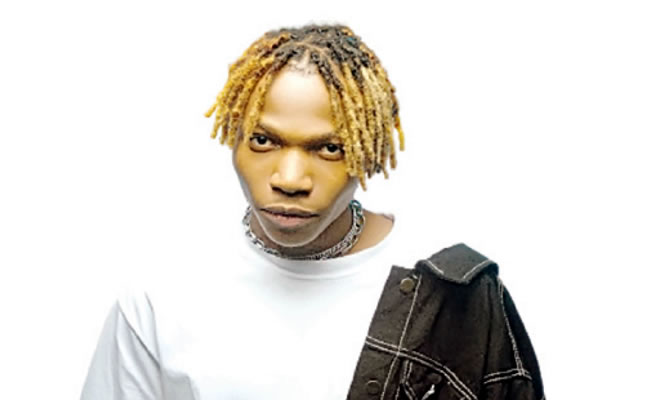 Millywine is an emerging rapper who desires to take over the industry with his unique talent. He spoke to ROTIMI IGE about his journey so far and plans for global domination.

Tell us a bit about yourself and memories of your early years?

I’ve always been more of a basketball guy who loved writing raps, the type of guy you’ll see in the classroom banging the desk with friends and dropping bars as that was the hip thing then. I knew I could really sing but I would rather rap. I used to write down Lil Wayne/J.Cole’s lines and infuse them in my music as I learnt a lot of word play from them which made me a better musician overall.

Those are really legends so if I was not rapping then I would probably be playing basketball or skating. I’ve always been the typical mummy’s boy. I hardly had time to ‘flex’ because I was nearly always in my room writing raps or chasing girls, a basic thing many young boys did. Actually, I think when I was in SS2, I once won best rapper and an international poetry competition. All these helped me become a better writer and singer). I still have the plaque at home. With time I got to evolve to my sound knowing I was a better singer than a rapper but I still often infuse both in my music.

How did you discover yourself and music?

I was about eight years old I think, those Nokia phones that you could record on just came out and I was excited. Actually, everyone in my house was excited because my mom had just bought one. I and my siblings played around with the Nokia recorder and everyone just took turns recording. So, when it got to my turn, I didn’t exactly know what to do, so I just started singing. Immediately, everyone kept quiet and listened. That was actually the first time I knew I could sing. My brother snatched the phone and ran to my mum saying, “Listen to what Folabi did”. Since then, it has just been a thing and I realized I could relate different emotions to people just by singing.

Any challenges as an upcoming musician?

The journey hasn’t been easy but it has been a lesson all through, like various experiences. Imagine when a label from Tanzania called me up and talked about signing me only to suddenly change plans and even block me with all sorts of insults. This happened many times but I just focused on improving my sound. You meet these various people/labels who promise many things and end up leaving you hanging. At some point, I felt like I wasn’t good enough but I just kept moving.

Tell us about your music and what you hope to achieve as an entertainer?

I really just want to do what I love and spread it as far as it can reach. I want to make music people locally and internationally can relate to. I want to see people happy; any other blessings that follow are dutifully appreciated.

Tell us about your songs.

My music is happy music, my music is colourful; that’s if you can hear colours. I try to be relatable and fun with every kind of music I make. I make music any age or race can relate to, that’s why I said earlier that locally or internationally you can enjoy it, and I hope to push the culture way beyond our borders. In fact, when most people listen to my music, I mostly get the occasional ‘is he Nigerian?’ vibe from people and I just leave them to enjoy the blend of it all.

Has the pandemic affected you in any way and what should fans expect from you in 2020?

I would say it has, positively and a little bit of hiccups, but it’s been great so far. I’ve had time to experiment and try new sounds, made a number of songs, just locked up in the studio with time to write new songs. Also, I’ve got my EP on the way, which is going to be crazy by the way.

What’s the inspiration behind your current project?

The song, ‘Run Up’ is simply me just stating that I’m going live my life to the fullest and have fun every day of my life. I can sure do this with my lady on my side, so I’m like ‘would you run up on me to all the beautiful ladies”. This is an introduction to what the Millywine is all about.

Covid-19: From the clubs and ‘Owambe’ parties, Nigerians now party at home via television