Covid-19: From the clubs and ‘Owambe’ parties, Nigerians now party at home via television 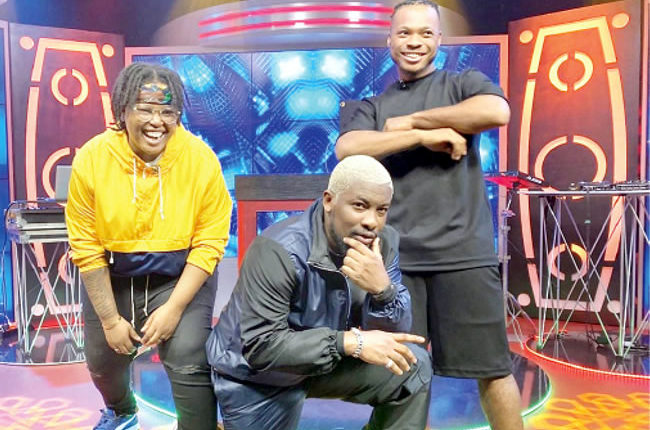 ROTIMI IGE, in this feature, writes about how Nigerians have adapted to life without public gatherings, especially clubbing and parties, which they are generally known for and how brands have leveraged on the situation, with the aid of television, to bring succor to fun lovers.

Nigerians love to party and it is a fact. At various times, the focus on our various unique ceremonies, especially weddings, earned the name ‘owambe’, a Yoruba moniker meaning ‘Always there’, for the elaborate ways events are celebrated across the country. Also, in many cities, most fun seekers visit clubs as many as four days a week. This had greatly galvanized the hospitality and events industries and given rise to competition among service providers.

However, since March, after which the nation had shut down due to the Corona virus pandemic, save essential services, the hospitality and events industries have been greatly affected as all entertainment, recreational and leisure outfits were shut and everyone instructed to stay at home. And while Nigerians were forced to come to terms with the new realities of surviving indoors, some brands decided to seize the day by bringing the party home to them, thereby making sure that the party never stops.

First were themed concerts, held online and on television, that saw entertainers, from their various homes across Africa, show support against the spread of Covid-19 while also soliciting funds for frontline workers who are battling the pandemic.  Then came the announcement that leading satellite pay TV company, Multichoice, via its Africa Magic channels had partnered Pepsi and Indomie noodles makers, Dufil, to deliver stay-at-home parties that would engage Nigerians and Africa for 10 weeks!

“I was elated hearing the news”, Sarah Nwachukwu, an undergraduate at the University of Benin, told Friday Treat. “I had been home for weeks, with nothing much to do except browse the internet all day. Having a virtual party to look forward to every weekend has really boosted my morale. In fact, my whole family dresses up and engages in the three-hour long parties that they bring to our screens every Friday and Saturday night. The initiative is a life saver”.

Another respondent, MakamaGambo, told Friday Treat that he had never thought he could have as much fun as he did watching entertainers on television.

“I rarely watch television and always prefer hanging out with friends at various fun spots. When the lockdown was enforced, it really affected my social life as I was restricted indoors and had to rely on my phone and data for communication. However, watching the ‘Turn Up’ party by Pepsi and then the ‘Owambe’ on Saturday have really given me more excitement than I thought possible.

Now, from the comfort of my room, I get to experience various DJs, live bands, entertainers that I normally would not have access to, especially for people like us who live in Taraba State. I now understand what exposure means and I can say that Nigeria is blessed”, he said. 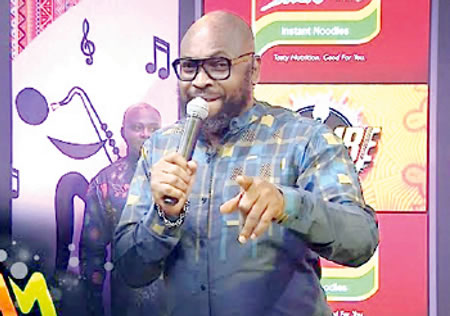 The host of the Pepsi ‘Turn Up Friday’, a celebrated radio host and events hypeman, Do2tun said, “While you may not be able to dress up and go clubbing with friends or family during the weekend, there is no reason not to carry on with your clubbing routine. The biggest TV clubbing experience, ‘Turn Up Friday With Pepsi’, is aimed at ensuring that Nigerians and indeed the rest of Africa, keeps dancing. Covid-19 has prevented a lot of social engagements from taking place and this has proven difficult for some. No clubbing, no partying, no dressing up to impress anyone and as Nigerians, it is almost an abomination not to be able to dance to the best DJ mix. But not to worry, Africa Magic is here to the rescue! All you need do is to put on your dancing shoes, in fact, maybe no shoes at all. After all, you are in the comfort of your home and will not have to worry about getting bounced”.

The show features the best of Pepsi’s DJ ambassadors, dancers and other entertainers with live experience videos from viewers who can join the live broadcast by tweeting their song requests and messages, also posting their dance videos to win prizes, which will be displayed on the screen during the show and many more fun activities.

The show also features a DJ competition, which, according to Bala Mohammed, also known as DJ Bally, will help up and coming DJs get immense recognition and keep others on their toes, especially at these times.

“I am happy that brands are giving back especially by employing our industry. DJs and dancers have struggled to be recognised over the years with only a few making waves. When I heard of the show, I was overjoyed. Seeing unknown DJs given a platform as huge as that to compete and show their talent will encourage many of us to aspire better. I have also submitted my entry and hope to be chosen soon. We are the life of any party but many do not recognise it. The pandemic has taken jobs from most of us and platforms like this only come once in a while. I am happy that DJs are finally getting deserved attention”, he said.

“We are pleased that the ‘IndomieOwambe Saturday’, which serves as one of our initiatives to ensure that our viewers both young and old remain entertained at home during the current restrictions on public gathering. This brand-new show, for 10 weeks, will bring exhilarating live music performances to their TV screens. ‘AM Owambe Saturday’ will set the stage in the living rooms of our viewers, where they can groove to the best of live bands every Saturday night”, said Channel Director, Africa Magic, Wangi Mba-Uzoukwu, to Friday Treat.

According to the Group Public Relations Manager, Dufil Prima Foods Plc., makers of Indomie noodles, Mr. Tope Ashiwaju, “As our team works on ground to get Nigerians their favourite noodles, we also understand that food and entertainment go hand-in-hand hence the decision to take up the headline sponsorship of this innovative media asset.”

He pointed out that the unexpected changes brought about by the pandemic have forced most people to stay at home, adding that Indomie is indeed proud to partner with DStv to bring Nigerians’ their favourite ‘Owambe’ Saturday parties in the comfort of their homes with love and happiness. Mr. Ashiwaju hinted that “as a brand, we are committed to making life better by ensuring that Nigerians gets good nutrition, great entertainment and unlimited fun at all times”.

And so, the viewers who miss the usual live entertainment at their favourite hang-out spots and occasions can now tune in to the three-hour-long live broadcast of the ‘Owambe’ sessions which airs every Saturday night from 8:30p.m. Various performances by local live bands such as Rockers Band, PlayriteBand, Pleasant Soundband and many more have been serenading viewers, who are also winning gifts for grooving. The show is hosted by awarding-winning radio host and actor, Steve Onu, popularly known as Yaw.

Why I make ‘happy’ music —Millywine

JUST IN: Ajimobi’s burial to hold on Sunday, to be buried in his mosque

Why I make ‘happy’ music — Millywine

We found LOVE in an unexpected place — Iykeresa