Why govt had to take a position on hijab in Kwara schools —Ajakaye, Kwara gov’s CPS 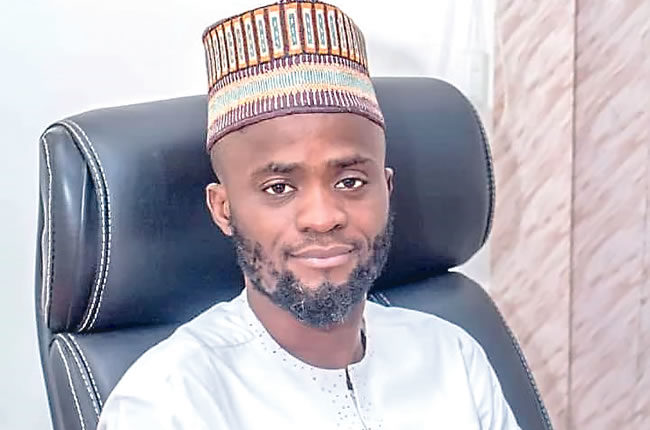 Malam Rafiu Ajakaye, the Chief Press Secretary to Governor Abdulrahman Abdulrazaq of Kwara State, speaks on the hijab controversy in the state.

Since two court judgments on school ownership and hijab, previous administrations in the state had managed the situation and prevented it from becoming chaotic as it is now. How do you react to this?

‘Bad news doesn’t get better with time’ is an expression from the famous black American five-star General Colin Powell’s book, ‘It Worked For Me’.

In the opinion of Powell, a problem (challenge) will not disappear by anyone simply ignoring, abandoning it or pretending it does not exist. He feels that challenges, however unpleasant and tough, are better confronted and dealt with, with everyone first admitting it exists and taking steps to solving it. He feels that anything short of it amounts to kicking the can down the road. This quote fits the hijab controversy in Kwara State and it (also) explains the unpleasant yet no-or-yes choices before the government. The first choice is to feign ignorance of the pent-up anger in the Muslim community about the refusal to let their female children wear the hijab in public schools and the attendant humiliation the girls face each time they made such attempts. The second is to take a position to allow the girls to wear their hijab (and possibly regulate same in such schools) in compliance with Section 38 of the constitution, which speaks to their right to freedom of religion and their freedom to manifest same. This section has repeatedly been interpreted by the Court of Appeal in favour of the Muslim schoolgirls. Either of the two has implications for the polity as Kwara has seen.

How did the state get here, really? What actually brought up this matter in this administration?

About four weeks ago, a video footage emerged showing a Muslim schoolgirl at St. Barnabas College, Ilorin, alighting from a motorcycle and quickly removing her hijab and tucking same in her school bag. The bike man who took her there asked why she did so and the student said she was not allowed to wear the hijab within the school compound. The bike man goaded the girl to wear her hijab. The poor girl hearkened to the voice of the okada man and entered the school with her hijab. True to her fears, a teacher ordered her to remove it, and there started a shouting match (between the bike man and the teacher). The domino effect of the St. Barnabas incident was quickly felt in far-away Baptist School in Surulere, a suburb of Ilorin. At the Baptist School, the Muslims in their hundreds said they had had enough of ‘this humiliation’ and the Christians insisted there was not going to be hijab. Both sides stood their grounds. Tension was at fever pitch. Bloodshed was imminent. Myself, the Permanent Secretary (Education), and the two Special Assistants to the Governor on Religion (Islam and Christianity) had a hard time convincing the Muslims to vacate the entrance of the Baptist College. They finally left with a condition: these schools will not open unless their children are allowed to use their hijab as had been proclaimed by the court. Those who questioned government’s decision to shut down those schools a few weeks ago clearly missed this point or were playing cheap politics with a serious matter of state.

St. Barnabas and Baptist are two of the schools acquired through the Yakubu Gowon Decree of 1974 and run by the state government. They have the same antecedents as the Ansar-Ul-Islam Secondary School, Ilorin. Both had their roots in faith-based organisations. However, both, like others in their categories, are categorised as public schools and are subject to the laws of Kwara State. Per the judgments of the two courts of record, their names do not, in the law of Kwara State, suggest ownership. Rather, the names keep the fond memories of their founders. So, the education law of Kwara State makes them (public schools) pluralistic in nature, mandated to admit students and have teachers from various backgrounds. They are ordinarily disallowed from having discriminatory rules. Their teachers are recruited, promoted, disciplined, and paid pensions and gratuities by the government. Yet, these schools had certain rules that are deemed inconsistent with the law, fuelling resentments and pent-up anger as the two incidents above typified.

One of those (informal) rules dating back to 2008 is the one implicitly banning hijab. A major takeaway in the Lagos hijab judgment was the position of the judges (including three Christians) that no government rules or circular shall supersede the provisions of the Nigerian constitution.

There are several theories about the intention of the unidentified bike man who stoke the fire at St. Barnabas. However, his action, the reaction of the teacher at the school, and the reverberating effects it had elsewhere in Ilorin pointed at a town waiting to explode unless an official position is taken. This is especially important in the light of recent court judgments concerning the hijab. A coterie of former government officials have gloated about how they smoothly managed the hijab situation without a rancour. A few clarifications: as of 2008, the Christians had not gone to the court to seek return of ‘missionary schools’ and ask that court should disallow hijab in the schools. The Muslims, in principle, had no judgment to hang onto. In the case of former Governor AbdulFatah Ahmed, there was a judgment of the High Court rejecting the position of the Christians on school ownership and declaring the hijab as a fundamental human rights of the Muslim schoolgirl. The administration did nothing. It simply balked at the issue and postponed the evil day, of course, fuelling anger. The matter went to the Appeal Court, which upheld the position of the lower court on school ownership and the hijab right. The Muslim community felt the administration was being unfair and irresponsible to deny their children the enforcement of the judgment of the Appeal Court. They cited the declaratory nature of the hijab judgment and the need for the government to implement the law, particularly in the face of the developments at St. Barnabas and Baptist schools.

Why didn’t the government allow the matter to die a natural death as had been the case?

Precedents across Nigeria do not favour government refusing to take a position on the hijab question. Contentions about status quo on the question of hijab have since been resolved in the Lagos case. Despite having a pending appeal at the Supreme Court, the Lagos State government has since approved the use of the hijab in all its schools in compliance with the 2016 judgment of the Court of Appeal. In a circular referenced ED/DISTVI/CCST/HI/14/I/63 and issued by Tutor-General O.A. Olukoya, the Lagos State government graciously stated: ‘Since the case of the use of hijaab in Lagos is still pending in the Supreme Court of Nigeria, the status quo should be maintained to avoid contempt of court. That is, students should be allowed to wear hijab on school uniforms’. So, those asking the government to maintain the status quo are invited to note what it means on the hijab.

The government is unhappy at the turn of events with tensions on both sides and our people almost having a go at one another. Nonetheless, the hijab question has become a bad news that would never get better with time — and the recent tension has shown just that. Pretending it does not exist or it does not matter is simply postponing the evil day. The difficult decision of the administration to allow the hijab for any willing Muslim girl-child is a matter of law, human rights, diversity, personal choice, and mutual respect. Anything short of that is simply playing the ostrich. It is only a matter of time before the bubble bursts.

It was gathered that the governor had meetings with religious stakeholders on the matter. Why didn’t the government allow a final resolution of the matter before reopening the schools which it had closed for about a month?

The reopening of the schools on Wednesday was a necessity for our children not to miss out on the registration for the external West African Secondary School Certificate Examination (WASSCE). The deadline was Friday, March 18, although the government has now written to WAEC to grant it extension. This was made clear to all the stakeholders, with appeals made for them to consider the children.

Notwithstanding its two court victories on the ownership of the schools, the government has similarly acknowledged the request of the Christian leaders for a return of schools acquired in 1974. In the statement announcing approval of the hijab for any willing Muslim schoolgirl, the government said it would set up a panel to consider the request alongside different models adopted elsewhere and then weigh same against Kwara peculiarities before a decision is reached. That option is sincerely still on the table and a win-win outcome is always within reach, while the government continues its peace talks with all the sides.

The hijab decision was definitely not an easy one for the government to take. It was taken after weeks of peace talks, stakeholders’ meetings with all the sides, and daily consultations with religious and interest groups hosted by the governor himself.

This position was taken with the long-term interest of all of our people fully considered and to disallow a conflagration that will not discriminate between Christians and Muslims. This is why the government continues to appeal to every side to see the bigger picture and not fight over personal choice. And as far as this is concerned, there is no victor or vanquished.