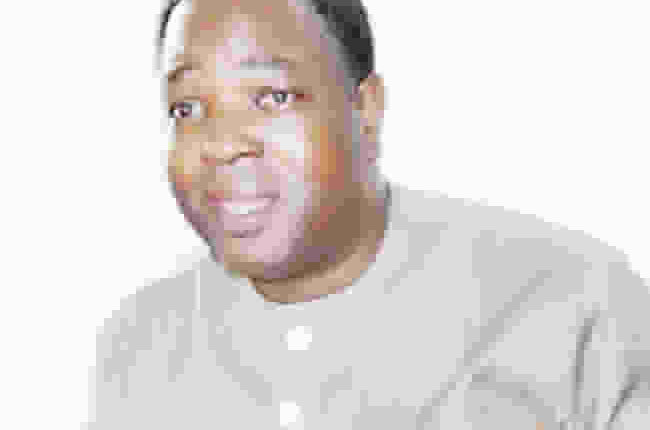 Governorship aspirant in the All Progressives Congress (APC) in Ekiti State, Mr. Kayode Ojo, in this interview by SAM NWAOKO speaks on issues around the party in the state. Excerpts:

You have renewed your membership of APC, sir what is the significance of that?

It has a major significance because this is the root of democracy. Therefore I will like to use the opportunity to thank the President of Nigeria and our Commander in Chief, President Buhari and the National working committee of the party for initiating this laudable programme of registration and revalidation.  It is a welcome development because this is how it is done in matured Democratic World for a member of a political party to have an assigned membership number which would help to deepen our democracy by easy identification of those committed to the party.

After the last governorship primary in the state, controversy broke out among aspirants shortly after the election. You were not among those who exhibited anger and resentment; you remained silent since then. Why was this so?

Basically I don’t see controversy in elections.  In everything in life, you lose some, you win some. We all understand our democracy, it’s still not an ideal democracy, it is very young and still very fragile. So it’s absolutely unnecessary to heat up the polity. After a winner is declared, it behoves on all parties to review individual participation and then determine what best suits them. As for me, since I accepted the results, the next move is look into the future and not backwards, then support the government of the day to the fullest with all my capacity.  We must all strive for the government to succeed and everyone else should bid and wait for their time. With the help of God, when your time comes, nobody can stop it. So that’s the way I see it.

You came third in last primary elections of your party. Dr Fayemi, who came first, is the present governor of Ekiti State and he would be serving out his time next year. Chief Segun Oni came second and he has moved out of the party. You are the third person. What do you think this implies?

Well, I don’t read any implication to it, party politics is a game of numbers. The constitution of the party prescribes that there will be an election every four years. To me whatever you have to do, you make sure you always do the best and then always stay concerned and firm for the people so they can continue to appreciate and stay with you and more importantly, urge and get them to support the government of the day. Help them in whatever way you can to make sure that that government succeeds. When they succeed, we all succeed. So that’s the way I see it.

The general belief is that Dr Fayemi would do everything possible to install a successor. Senator Babafemi Ojudu recently said the stakeholders and party members would not allow any “house boy” to succeed him and he would go against any form of imposition. What is your take on this as regarding the coming election?

Well I think Ekiti is a very dynamic place, our politics is different from other places. If you look at the whole of the South West, we always have a turnover from one party to the other, which indicates, sophistication of Ekiti politics. People that are saying the governor wants to impose, I don’t know the source and credibility of their information but I have not heard about anything like that. I don’t also know what that means in the context of somebody is junior or not or janitorial. What I am focused on right now is how to help our people,  to make sure we banish poverty in Ekiti, how to make sure we turn this place to a developed paradise, to assist government of the day and encourage them to build on the successes of previous governments.

Yes I believe so; in some areas yes I believe so. I actually want to commend the present government in Ekiti State especially in the area of security.  We are in challenging time now with security all over the country. I believe with the limited resources available to us in the estate, the state government has done well. The amount of resources that comes to Ekiti monthly from the federation is simply ridiculous.  This needs to change. We need more while we strive to raise our IGR without burdening our people. The government with all the hindrance has kept its covenant with the people by paying salaries and other emoluments. Wherever they have done ok, let us tell them, to encourage them to do more for the people. With more resources allocated to the state, I am sure we would be better off. However, without adequate resources specifically finance, you can›t build anything. So we what we all need to do together, is for us to build a situation whereby we get Ekiti to be extremely viable as a commercial center whereby Ekiti can generate enough revenue to bring the type of sustainable developments we really need.

Youth unemployment in the country and in Ekiti State is a problem now. How do you think we can solve the problem in Ekiti?

We have to make Ekiti commercially viable, to explore all the God-given resources that is available here. We have land, we have the people, highly schooled people with knowledge, the main ingredient we don’t have is physical money. You can’t build anything without money, everything has an associated cost. The people build the state and not the other way. They can only build the state when the economy accommodates them and they acquire resources in their hands and pockets; then they can build. That’s why we need to make the state prosperous on our own without even looking at federal allocation so there can be enterprise, both local and foreign,  with investors in to establish industries,  businesses that will help the people,  provide necessary employments and training. All young people that want to start something also receives help, basically these are the things that will help us reduce massive youth unemployment that we have, not only in Ekiti but the country over. I even think we are among the states faring better because of subsistence farming.

Sir you have just talk other issue of Insecurity, there is no doubt that Governor is doing his best to actually tackle that, but you as a stakeholder, which area would you suggest to government, another area to combat insecurity because it appears government is overwhelmed in this regards.

The number one thing that battles insecurity is massive development, when a peace is built up, insecurity can’t thrive in that area, but any area that is kind of desolate, is easy for infiltration.  Can anybody just show up in Victoria Island and start shooting or maiming people? It is difficult, because everywhere is built up. So one of the areas through which insecurity will be tackled is massive development of the whole country. Additionally, the government must empower the youth, training them, helping them to start something of their own micro businesses and all that will help eliminate the challenge of insecurity.  We must also improve the life of the security personnel with better welfare  so they are motivated to decisively attend to the challenge s.

Sir a lot of political big wigs are planning to join APC and recently your party also rejected the rejoining of the party like Femi Fani-Kayode. Do you think this is actually good?

Well as an individual, I reject no one. If you want to join APC, I believe as free men you can join. If you are not free, that means you are a convicted fellow and should be in prison.  If you are free and like progressive ideas, then why not, you should be able and allowed to join, that’s my take. I want to use the opportunity to tell everyone in Ekiti State to come out enmass register and join APC because I know through APC, there is going to be sustained massive development of the country.  PDP was around for 16 years, they could have done a lot better. I actually don’t like critiquing people because if you are not wearing a man’s shoe, you can’t tell where it pinches. However I believe they could have done better in those 16 years. But notwithstanding, I am imploring everyone in Ekiti and all over the country to join APC.

Is your ambition still alive?

Are you saying that you will still contest?

What am going to tell you is that the people, a lot of people have approached me to come and re-contest political office, that they believe in my political  ideology,  what I  have told them is that, my coming out to contest is going to be based on the demand of the people, if the people decide that they want me , then I will consult my family and political family well as other stakeholders and make a decision at that time.

Any message for the APC members in the state

Well, they should be patient and give their 100% support to the government of the day, both Federal government led by President Buhari and our government of Dr Kayode Fayemi. We should give them our maximum support, even if you say o, I have not seen the dividend of democracy, sometimes it’s like a queue, it will get to your turn. Don’t despair because of that, be patient,  work for the country,  work for your state, be a patriotic citizen and wait for your time, your time will surely come and things will get better.

How Fulani herdsmen killed 2 of our hunters —Oyo community leader