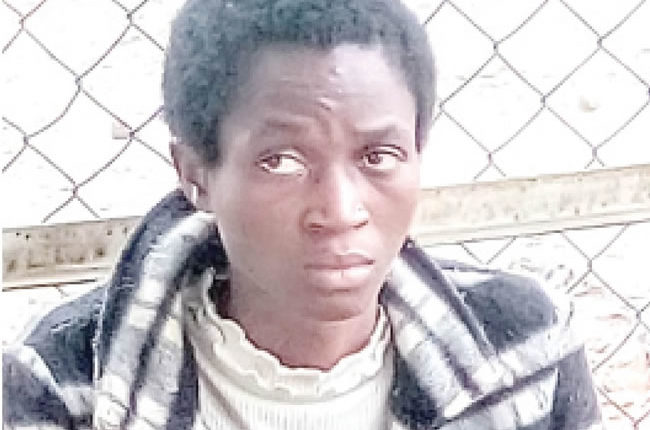 It is painful that Nigeria, the so called giant of Africa with all the natural resources, can become this hopeless. This is a bitter reality that is starring the citizenry in the face.

Many Nigerians who cannot withstand the state of debilitating hardship and suffering inflicted and still being inflicted on them as a result of the failure of government to provide basic needs for them, have taken their destiny in their hands.

The suffering which has killed many, sent some to depression and frustration is prevalent among the lions income earners, a situation which has been discovered to be responsible for the high rate of insecurity and other criminal activities across the country.

As the  hardship continues with no end in sight, many Nigerians particularly the youth have been forced to embark on dangerous and deadly journeys to all manner of countries in search of greener pastures because they have been disappointed by their leaders at home.

Many Nigerians including the youth have in the course of embarking on these journeys often meet their death in the hands of security agents who subject them to traumatic torture.

It is no longer news that some of these countries often hide their dislike for Nigeria and Nigerians as they usually clampdown on them once they land in their territories.

To show their hostility towards Nigerians, the security officers of the various countries mete out out all sorts of inhuman treatment of Nigerians. They are tortured, this torture, imprisoned, and used as slaves and deported.

Even when they have made up their minds to deport the unwanted Nigerians they put their victims through wicked and eternal psychologically traumatising such as drugging them or injecting deadly or substances into them before bundling them into arranged aircraft.

Some of these countries at times displayed the unfriendly traits towards the Nigerians because of their disbelief in how the leaders of the largest black African country can allow their citizens to continue to suffer in the midst of plenty.

These dangerous and deadly treatments in foreign countries continue and despite the awareness programmes on why Nigerians should not travel anyhow to these countries, they still do and the lucky ones who survive the wickedness in the foreign lands often give gory narratives they were subjected to when they land at the Lagos airport. This often makes people around to weep for the way Nigeria has failed its citizens.

This was the pathetic situations the Murtala Muhammed International Airport community was thrown into a week ago when a set of Nigerians were deported from Oman, the oldest independent state in the Arab world.

Among the deportees was 31-year-old, Funmilayo Victoria Fehintola, who is a native of Ondo in Ondo State.

Fehintola who must have been a victim of one of the wicked acts of the security officials in the Arab country, is  presently wandering about at the international wing of the Murtala Muhammad Airport in Lagos, having lost memories of her location in Nigeria since she was deported from Oman last Friday, March 12th aboard an Emirates airline flight which arrived by 2pm.

Fehintola, whose passport number is A10173960, has been exhibiting abnormal behaviour as she hardly responds to inquiries from people who attempt to assist her locate her family to come and take her away from the airport.

Fehintola in her unstable situation has alleged that she was injected with substance unknown to her in Oman before she was bundled into the aircraft enroute Lagos.

Her documents indicated that she left Nigeria on the 29th of February 2019 to Oman to seek for better life in the oil rich nation.

Her documents obtained from a good Samaritan and a cargo agent at the airport, Mr Thompson Oladapo, who has been taking care of Fehintola’s upkeep for a week, showed that she received her certificate for PCR COVID-19 negative status for travel purpose on the 10th of March 2021 from Salalah Al Gharbia Health Center in Oman, the certificate was signed by one Dr. Salih Al Azawi while the Consultant was one Ahmed Abdul Wahab Ahmed Mohd.

Also, another document issued by the Dubai Health Authority via the AMC Family Medicine DXB Concourse B certified by its Managing Director, Bisher Josef Alazzam, noted that “the patient is vitally stable, there is no obvious medical contraindication for travel at the time of discharge”. The result was dated 11th of March 2021. Fehintola traveled on Emirates airlines to Nigeria via Dubai.

Her caregiver, Mr Thompson Oladapo, visited Ibadan on Tuesday March 16th to locate the address, No 2 Agisope, Muslim in the Oyo State capital as indicated in Fehintola’s  data provided by the immigration, but no such place was found during his visit.

Mr. Thompson  has appealed to members of the public to help locate the family of the troubled lady to come to her aid and take her away from the premises of the airport as she presently sleeps on the walkway and in buildings under construction at the terminal.

Fehintola’s pathetic situation could have been avoided if the government of her country had given her hope by, at least, providing basic necessities like conducive environment for business.

Many airport users who spoke on the worrying situation have blamed the failure of Nigerian leadership and the inability to provide for the needs of its citizens despite the endowment.