How Fulani herdsmen killed 2 of our hunters —Oyo community leader 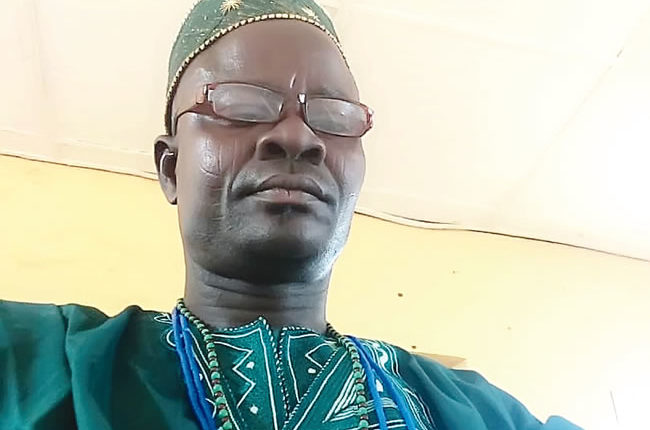 The people of Ogbooro community in Saki East Local Government Area of Oyo State have been living in fear of persistent violent attacks, which some members of the community alleged were by Fulani bandits. The Chairman of Irepodun Omo Ogbooro, BabaAwo Ajayi Kolawole Ojeponle, in this interview with SAM NWAOKO, speaks on the development. Excerpts:

How true is it that your community has been under series of attacks for some time now, and there are allegations that the attackers are Fulani?

It is true and we have been speaking up about this.

How many times have this happened?

Last year, 2020, there were attacks on the Ogbooro – Agbonle road. Three persons were killed in the attacks, although the victims were not indigenes of Ogbooro. They were travellers on the road. This year alone there have been attacks three times and in one of the attacks, two members of our vigilance group were murdered.

Members of your local security outfit were murdered?

Yes and both vigilante members are indigenes of Ogbooro. They are Ojetunji Oladokun Akanbi and Owolabi Rasak. They were attacked and killed on the 8th of this month, and that was the third attack we would experience this year alone. On the day the two security men were killed, they were on duty at the kraal in the community. What we gathered was that they were invited to provide security and escort for some traders as the market was for the next day. So, the two men escorted the traders to Ilesha Ibaruba. On their way back, in fact they were about two kilometres from Ogbooro when they found that some passengers had been waylaid by criminal Fulani people. The passengers, who were robbed on their way, were the ones who came to report in the town what had happened. They said the Fulani were about 15 in number and that they opened fire on the two men as they rode on a motorcycle. They reported that the gunshots didn’t kill them, and their machetes were ineffective. They were eventually clubbed to death.

Would you say that the vigilante men were known to their attackers?

They might know them, because they recognise us but we don’t recognise them. Secondly, they were in uniform and there is no way criminals would sight security personnel without tagging them enemy.

How has the killing of your community security operatives affected your morale and that of the others? Has it detracted from what they are doing?

We are still grateful to God because the hunters and vigilante are not discouraged, and this is largely because the need for security has become heightened. Since the incident, we as a community have taken some steps, including a visit to the Police DPO. This became very important because the very next day, in the early hours of March 9th, the bandits robbed again at a point on the road to Igboho. Nobody died in that attack. Our hunters went after them and have been working round the clock to see how to bring the attacks and robberies under control.

What have you seen as steps taken by the DPO and his officers and men? What have they been able to do?

I must commend the police in the area because they rose against the incident, especially the killing of our people on March 8th. The police in collaboration with members of the local vigilante went after the criminals. They continued in their joint efforts the second day. We want to inform the government that the criminal activities of the Fulani in our area are becoming unbearable. And we do not have enough security personnel to tackle this criminality. The government must take urgent steps to bring this criminality under control. It is very important.

In the meanwhile, what is your community doing? What steps are you taking?

We are not just folding our arms. At the same time, we are wary of what might happen if we rise to defend ourselves, because we feel that the security presence is grossly inadequate. We don’t want to go against the law, and we might be tagged as taking illegal steps when we retaliate, because we have seen that the criminals cannot stand the heat if we turn it on them. And if we continue to wait for the government and the security agencies to protect us without any concrete action, we will not just sit there and be slaughtered by Fulani bandits; our people might make moves to protect themselves and their property. The government and the security agencies must rise to the occasion because our people are getting impatient. They must act fast on this and bring it under control so as to prevent the people from taking laws into their hands.

It is believed that there is a large Fulani presence in your council area, and that they have been there for a long time. How much Fulani are there in your area, and especially your community and how was the relationship?

There are lots of them. We have many Fulani people living in our community and some of them have been around for so long that they now build permanent structures, the kind the Yoruba build. They no longer build the kind of huts or such temporary structures they are known with. Such Fulani people that have been with us have property and farms, which are known to the locals. Those ones are not our problem, because they are not the ones attacking their hosts. However, they are bringing in some of their kin as workers, people to work for them as labourers and farm hands from their respective states of origin. We learnt that what these farm hands get as payment is one animal, after working for six months. We learnt that they are given virtually nothing else in all the time. So, how would they feed and take care of themselves? We suspect that these employees are the ones that have turned to criminals terrorising our area.

So, you are saying that there is a difference between the Fulani that you know and those who are killing and robbing and so on?

That is right. They are quite distinct; we know and recognise some of these differences easily. And that has been the reason we have been trying hard not to go on the offensive, because when there is a crisis there would be confusion. We have called the Fulani that are with us and told them to desist from bringing in strange people into the town, because these invitees are the ones who put all the community into trouble.

We want the government to intervene in what has been happening. We need security presence on the Ogbooro – Agbonle road because the frequency of attacks on the road is too high. A week hardly goes by without violent robbery on that road. It is that bad. We therefore would appreciate it if the government deploys soldiers on the road and in other parts of the council area. We plead for increased security presence. The road leads to Ilesa Ibaruba and these robberies have hindered economic activities among the people. It is sad.

The art dealer, the £10m Benin Bronze and the Holocaust