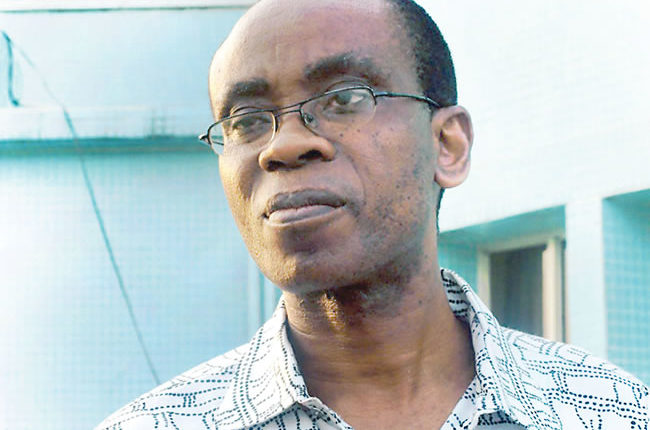 13 years had passed by the time a Dutch court ruled that Shell’s Nigerian subsidiary pay compensation for oil spills in the Niger Delta. Specifically, on January 2021 the Appeal Court ruled in favour of three out of the four Nigerian farmers holding that Shell must compensate them for the damages caused by the oil spill pollution.  The Court also held that Shell International has “duty of care” to ensure that their Nigerian subsidiary behaves responsibly in its operations.

The farmers involved are Chief Fidelis Oguru and Mr Alali Efanga, from Oruma, a village in Bayelsa State, Chief Barizaa Dooh from Goi, a village in Rivers State,  while Elder Friday Alfred Akpan is from Ikot Ada Udo, a village in Akwa Ibom State, Nigeria.

In the case of Ikot Ada Udoh, the Court asked for more details to figure out the extent of the pollution there.

In similar vein, on February 12 2021, another lawsuit also brought against Shell was won by two other communities in Nigeria who were given the right to sue Shell in the United Kingdom for the environmental atrocities committed in the communities in Rivers State, Nigeria.

Health of Mother Earth Foundation (HOMEF) on February 23, 2021 hosted a Roundtable to unpack the implications of the judgements for the quest for environmental justice by the people of the Niger Delta. The meeting had participants including lawyers, law students, youths, members of civil society organisations, representatives from host communities’ network and the media.

At the event themed, “Abolishing Persistent Ecologic and Economic Crimes in the Niger Delta,” Nnimmo Bassey, Director, HOMEF, at the Polluters’ Judgements Roundtable held at Oronto Douglas Conference Hall, HOMEF Head Quarters, Benin City, Nigeria, said that the judgments offered hope for the people of the Niger Delta; hope that their peaceful fight for justice is finally being vindicated.

Bassey said, “When Chief Fidelis Oguru, Mr Alali Efanga, Chief Barizaa Dooh and Elder Friday Alfred Akpan filed a suit against Shell Petroleum Development Company (SPDC) thirteen years ago, they would not have imagined it would take so long before a waft of victory would come their way. 29 January 2021 will go down in the annals of international jurisprudence as very significant because on that day, the Appeal Court at The Hague determined that the Royal Dutch Shell subsidiary was liable for oil spills that ravaged Goi in Ogoni, Rivers State and Oruma in Bayelsa State. Earlier in 2013, the lower court had held that SPDC was culpable over an oil spill that occurred at Ikot Ada Udo, Akwa Ibom State.

“A cap to the rain of judgements against one of the topmost polluters in the Niger Delta occurred on 12 February 2021 at the Supreme Court in the United Kingdom. The Court ruled in the suit brought before it by HRH Emere Godwin Bebe Okpabi and the Council of Chiefs (suing for themselves and thousands of citizens from Oghale Kingdom and Bille Kingdom, in Rivers State), against Royal Dutch Shell Plc that the oil mogul can be sued in the United Kingdom for environmental offences committed by its subsidiary in the Niger Delta.

“The spills at Goi and Oruma go as far back as 2004 and 2005. Besides ruling that the oil spills were not caused by third party interferences or so-called sabotage, the court ruled that the parent company, Royal Dutch Shell, has a “duty of care” in the activities of its subsidiaries.

“The Supreme Court judges in the UK noted that a recently decided case brought by Lungowe against Vedanta Resources Plc was similar to the Oghale and Bille cases. In that case, the Supreme Court had determined that civil claims for negligence brought by Zambian claimants against Vedanta, the parent company and its Zambian subsidiary (Konkola Copper Mines plc) for damages suffered in Zambia could be heard in English courts.

“These cases mean a lot to the suffering peoples of the Niger Delta whose cry for justice has often been met with indifference or with utter violence as was the case that led to the execution of Ken Saro-Wiwa and other Ogoni leaders. The judgements clarified that parent companies can be held accountable for ecological crimes committed by their subsidiaries and not continue to enjoy financial returns from such misadventures.

“Personally, it comes as therapeutic as Goi in Ogoni has for nearly two decades become the symbol of the devastated Niger Delta. It is one community polluted, degraded and burnt by oil and whose people have have been forced to suffer the indignity of living as refugees dispersed across Ogoni and other Niger Delta communities.  Sights of kids swimming in the polluted creek at Goi and fishers desperately searching for invisible fish and other aquatic resources have been, and still are, heartbreaking.

“These judgements offer the people some hope that their peaceful fight for justice is finally being vindicated. It also offers the polluters a great opportunity, an incentive indeed, to do the right thing by swiftly negotiating and compensating the people and urgently remediating and restoring their environment.

He added that “The struggle for justice also illustrates the power of solidarity across borders. The judgements highlight the power of peoples united and collaborating for a common cause. The case of the four Nigerians against Shell benefitted from a partnership between the Friends of the Earth groups in The Netherlands and Nigeria. The case in the UK benefited from the untiring commitment of the law firm, Leigh Day.”