‘There should be openness and transparency in administration of IPPIS’ 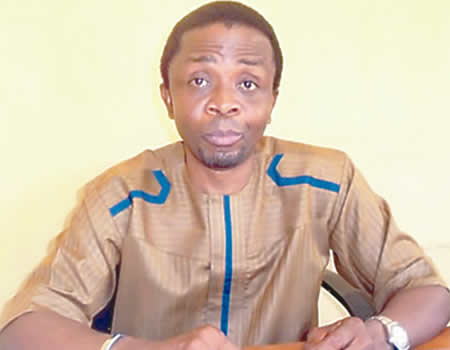 Members of the Senior Staff Association of Nigerian Polytechnics (SSANIP) are angry over what they say the Integrated Payroll and Personnel Information System (IPPIS) has become – ‘a monster’. The national president of the union, Mr Adebanjo Ogunsipe, spoke with LAOLU HAROLDS on their frustrations with the payment platform and how he believes it can be made better.

Your association had a choice to also resist the Federal Government, as the Academic Staff Union of Universities did, against being enrolled on the Integrated Payroll and Personnel Information System (IPPIS), but you enthusiastically subscribed to it. What were your expectations?

Several factors accounted for this. First and foremost, we are not resisting because we have no alternative proposal like ASUU; we only made corrections and amendments into the template presented, and we were assured that every amendment had been taken. Again, we felt it would be a good improvement on the subsisting structures and help facilitate prompt and early payments of salary and deductions. We were also of the opinion that coming on board would help put an end to the issue of shortfalls that have inflicted untold hardship on our members, among several other expectations.

Now what has been your experience on, and impression of the platform these past few months?

Well, three months is enough time to access the success or otherwise of the system, but our experience has been a tale of woes, hardship, agony; it has left us with a very sour taste. In February when we joined, we felt all the lapses and shortcomings were merely teething problems and that as we moved on there would be improvement, but that has not been the case. Three months into the IPPIS platform, that is by April, it is not getting any better; instead, it has been a very gory picture all over.

Having experimented with the IPPIS, would you say it’s addressing or indeed capable of addressing those issues of financial corruption, ghost workers, highhandedness, etc you believed the system was fraught with?

It has not addressed any of our expectations; but whether it is capable of addressing them, I strongly believe it is capable, if properly executed.

How can IPPIS be better deployed or improved upon, or would you rather prefer a return to status quo?

On returning to the status quo, this might not be the permanent solution or the way to go for now. When we were coming on board at the interactive session we had, it was presented that the “Payroll” management would not be taken away from the institutions and that desk officers would be trained and be the one interfacing between the IPPIS office and the various institutions, but that has not been done. If this is put in place, many of the cases of short payments, outright omissions, and several other problems would become a thing of the past. Again, we need to know the reasons for this consistent delay in payment of salary. Can you believe that three months into the system, the IPPIS office is yet to provide our members with pay slips? When you have their emails and phone numbers, what does it take to prepare and forward online to individuals? Then, there should be openness and transparency in the administration of the IPPIS. You don’t have to keep us in the dark and keep information away from us.

If things remain the way they are (late payment of salaries, non-deduction of third party remittances, non-remittance of members’ check-off dues, etc), what will SSANIP do?

If things remain the same over time, we will not hesitate to go back to where we are coming from. At least, if it cannot be better or be at par with where we are coming from, then we would gladly like to go back. We are working with other sister unions to see how we can improve on the system. Also, we are constantly relating and interacting with the IPPIS office. We are not also leaving out the option of approaching the court for some reliefs, particularly on the issue of the non-remittance of the union check-off dues deductions. The union has not been able to meet many of its obligations such as payment of staff salary, payment of commitments bringing about penal charges and practically grounding the union activities at the national and all our branches. If after exploring all available means and there is no improvement, then we might be constrained to declare a strike action.

In the light of the prevailing COVID-19 pandemic and the resultant effect on the global economy, Nigeria’s inclusive, what kind of sacrifice would members of your association be ready to make? Would you take a pay cut for, for instance, if proposed?

The reality of Covid-19 pandemic and its attendant consequences are visible to us all. Let the government cut down on wastages and be more prudent in the management of available resources. SSANIP would not be the only one to make such sacrifices. It will be the entire Nigerian workers, and the consideration and deliberations of such fall on the Nigeria Labour Congress (NLC), our umbrella body.