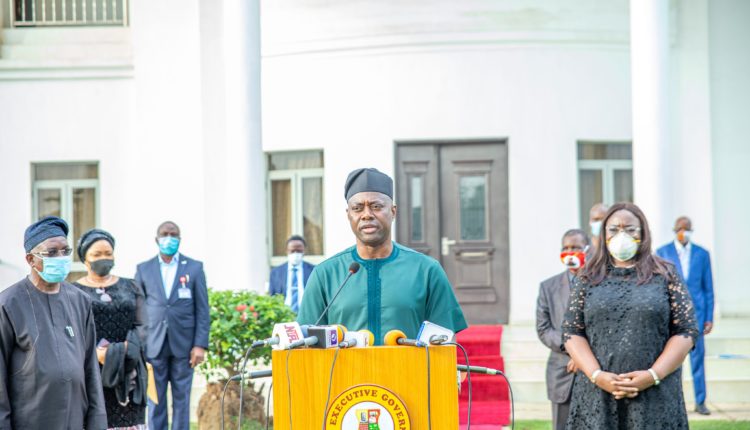 Governor Seyi Makinde of Oyo State, on Monday, listed some plants that residents of the state could consume to help boost their immune system against contracting the virus.

He explained that his comment was based on advise by Professor Olatunde Farombi, a biochemistry scholar of the University of Ibadan on food and natural products that people can consume to avoid contracting coronavirus.

He stressed that the suggested food and natural products were not for the cure of coronavirus.

On management of confirmed cases in the state, Makinde disclosed that the state permitted self-isolation at home so as not to overwhelmed the capacity of the state’s isolation centres.

This is as he said the state had adopted a treatment protocol for COVID-19 patients of the state.

Coordinator of the state isolation centres, Professor Temitope Alonge, at the briefing said patients at the Infectious Diseases Centre, Olodo, were treated with doses of Azithromycin, Hydroxychloroquine, Vitamin C, zinc and good food.

“At the treatment centre at Olodo, on admission, the patients who are predominantly adults, have a three-day course of Azithromycin, Hydroxychloroquine twice a day, we then supplemented this with Vitamin C and zinc by giving twice a day.

“This is in addition to the excellent nutrition that they have so much so that some of them complained that they had put on weight while they were at isolation centre.

According to Alonge, the treatment protocol is responsible for continued discharge of patients with 25 persons discharged so far.